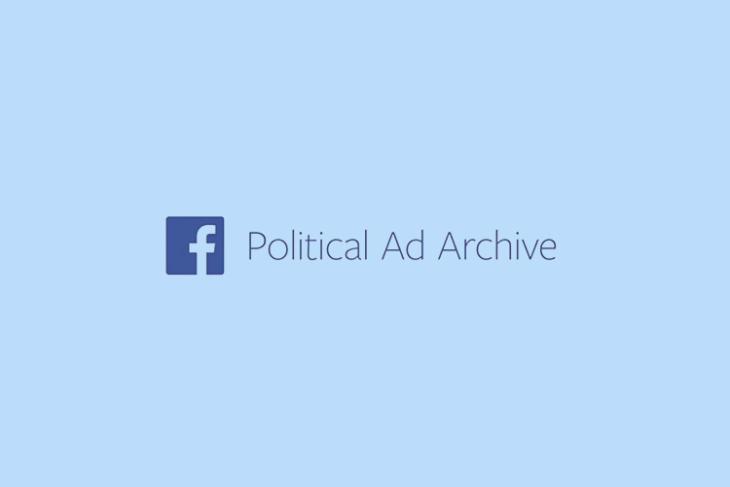 Facebook recently announced a big set of changes to advertisements and pages on the platform for greater transparency and accountability. With the new changes, the company aims to curb election interference caused by the platform.

Rob Goldman, VP Ads and Alex Himel, VP Local & Pages, recently detailed the changes in a blog post titled “Making Ads and Pages More Transparent”. According to the post, the social media giant will now start labeling all political and issue ads on the platform and clearly show who paid for those advertisements. The company will require anyone who wishes to run a political or issue related ad to verify their identity and locations. The new labeling will start appearing on ads later this Spring.

Explaining the company’s motive behind the new changes, Goldman and Himel wrote:

“We know we were slow to pick-up foreign interference in the 2016 US elections. Today’s updates are designed to prevent future abuse in elections – and to help ensure you have the information that you need to assess political and issue ads, as well as content on Pages. By increasing transparency around ads and Pages on Facebook, we can increase accountability for advertisers – improving our service for everyone.”

Additionally, all ads that fall under the category will be combined into a searchable database which will be released in June. The database will include information regarding the cost of the ads along with the people who were targeted by the ads. The ads in the database will be open to users for four years.

For pages, Facebook will now start verifying the people behind large pages on the platform. In order to get verified, both advertisers and page administrators will have to provide a government-issued ID and a physical mailing address. Once provided, Facebook will send them a letter with a special code to confirm the address. Advertisers will also have to reveal which candidate, organization or business they’re representing.