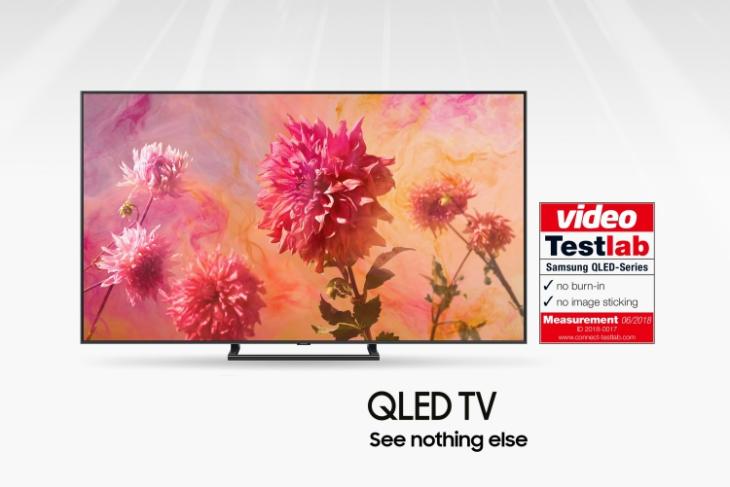 Samsung is currently facing a tough competition from the likes of LG and Sony in the premium television market, but the Korean giant is looking to conquer by showing the consumers that its QLED TVs are superbly built and do not suffer from any form of burn-in issues.

In an official blog post, Samsung boasts that all the QLED TVs in the Korean giant’s lineup have been certified as burn-in free by German tech magazine video that had conducted the tests in partnership with a global testing lab called connect Testlab.

All the TV experts at the magazine and the lab carried out certification tests based on an international norm for panel measurements known as Information Display Measurements Standard (IDMS). The tests focused on the QLED TV’s HDR content display quality and 72-hour endurance test revealed that the TVs were free of burn-in and afterglow issues. 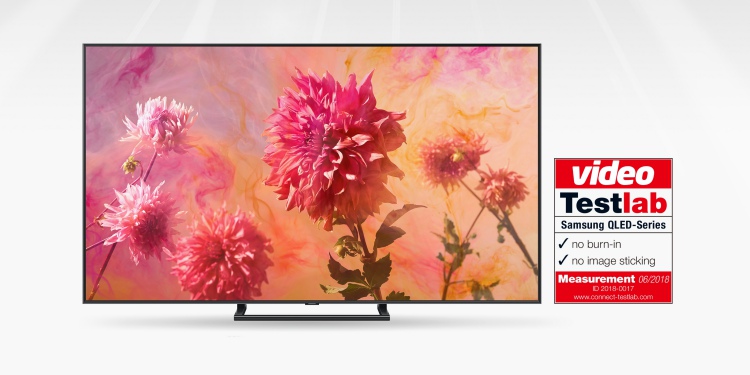 In the blog post, Samsung drills this point home that its QLED TVs are more durable and even displaying ‘a checkerboard pattern’ for a long period of time didn’t cause a problem for the panel. The OLED TV panels, on the other hand, suffer from burn-in issues and the Korean giant couldn’t resist itself from mocking it. It continues to add,

The measurements showed that the tested Samsung QLED TVs remained unaffected by the rigorous tests. The TV can thus theoretically be left on permanently without picture elements like network logos leaving an afterglow or burning in. 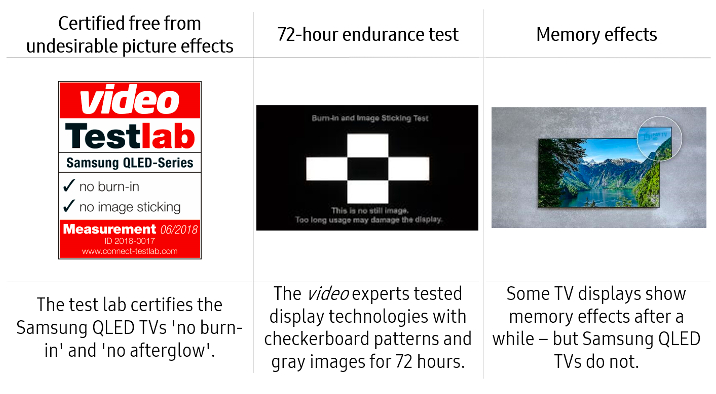 The OLED TV makers, however, always argue that issues with these panels are blown out of proportion and users wouldn’t really mind these minor problems when they get a much better picture quality.

With all these burn-in tests, Samsung wants to build a standing for its QLED TVs amongst the consumers while showing the industry that ditching the OLED panels for its TVs was a right decision. Ultimately, these tests were able to conclude that the company’s QLED TVs are one of the most durable in the market right now.