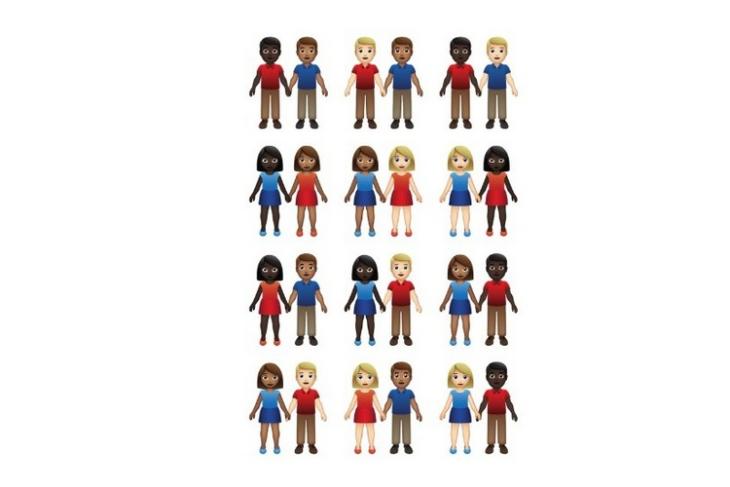 It has barely been a few weeks since 157 new emojis were announced as part of Unicode 11, but many more are apparently in store for Unicode 12. Earlier reports had suggested that a Hindu Temple emoji was one of the candidates that were included in the draft by the Unicode Consortium, and the latest list now adds 61 new options to the mix.

The new list embraces diversity in all forms, and alongside the aforementioned Hindu Temple, includes an emoji for a deaf person, an illustration of an ear with a hearing aid, a sari, a service dog, a motorized and manual wheelchair. Many of these ‘accessibility emojis’ including those of the service dog, the wheelchairs etc. were proposed by Apple earlier this year.

Also proposed were 55 new combinations of gender and skin color to depict interracial and same-sex couples. Apparently, the different combinations will be achieved with a new emoji called “standing person”, which will allow users to combine two different ‘standing person’ emojis to form a new one to depict a couple.

The shortlist also includes a yawning face, otter, skunk, axe, briefs, diving mask, onion, sloth, kite, banjo, ballet shoes, a falafel, among other new and funky options. In total, there are 179 new emoji characters short-listed for inclusion in Emoji 12.0, but the final selections will only be made in Q1, 2019, which is when we’ll know which ones have made the cut and which ones have not.

Meanwhile, eight Emoji Provisional Candidates for 2020 were also added, including ninja, military helmet, mammoth, feather, dodo, magic wand, carpentry saw and screwdriver. Other provisional candidates will be added to the list between now and March 2019, following which, the Unicode emoji subcommittee will assess the whole set, and make recommendations to the UTC about which emoji should advance to Draft Candidate status for 2020.