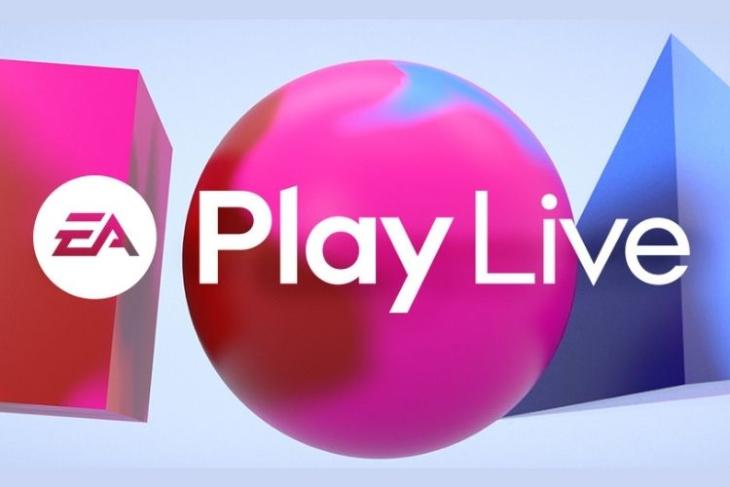 Gamers will agree that 2021 is shaping up to be an amazing year for gaming. Whether it was the E3 expo that left us with some of the best upcoming E3 games or the recently ended Steam Summer Sale that greatly slashed prices, things have been good. Making the year even better, EA has announced a string of much-awaited news at its EA Play Live 2021 event. Here are the biggest announcements, along with gameplay trailers, from EA Play Live 2021.

All the Biggest Announcements in EA Play Live

We have listed everything that was announced at EA Play Live 2021 down below. But, if you are interested in a specific game, use the table below to jump to your selection.

Yes, you read that correctly. The massively loved horror game Dead Space is getting a remake for modern hardware. The game is rebuilt from the ground up using EA’s Frostbite Engine. Motive Studios, the studio behind Star Wars: Squadrons, will be handling the game’s development.

While there is no release date yet, the Dead Space Remake will be limited to next-gen machines and launch on PC, PlayStation 5, and Xbox Series X. Watch the trailer to get a peek at some game engine footage and see it for yourself.

Taking the war to another level, EA has announced a new mode for its upcoming first-person shooter Battlefield 2042. Dubbed the Battlefield Portal, it’s a unique creative mode that will allow players to create their own battle scenarios. However, what’s more interesting is that players will be able to use and combine weapons, vehicles, and even maps from across the entire franchise.

Battlefield Portal will also include six classic maps, including ones from Battlefield 1942 and Bad Company 2. Once launched, the Portal mode will ensure hours of creative fun as you get to clash soldiers from two different eras while playing mix and match with various elements. Watch the amazing official trailer to get a good idea of what you will be able to do with the Portal Mode.

One of the amazing surprises EA Play Live gave was a beautiful launch trailer for the newest season of Apex Legends. Titled Emergence, the new season’s trailer features a deadly legend named Seer. While this was a cinematic trailer, we had the chance to see Seer in action as he dove across scenarios and got the best of his enemies.

From what has been revealed, Seer is a tracking legend who is similar to Bloodhound but with a different set of abilities. While the trailer itself didn’t get into the details, Apex Legends game director Chad Grenier explained his abilities in brief during EA Play Live 2021. So, here are Seer’s confirmed abilities in Apex Legends Season 10:

Apex Legends Emergence also brings with it changes to World’s Edge, a ranked Arena playlist, and a new weapon called Rampage LMG with massive firepower. Watch the cinematic trailer above and wait for the official gameplay, which drops on 26th July.

EA Play Live 2021 also saw the official announcement of the next Grid game with a reveal trailer, and it’s called Grid Legends. Featuring the same level of an adrenaline rush, Grid Legends comes with a story mode with an interesting take this time around. The story mode will feature live-action performances by real people.

Using the same technology used in The Mandalorian, Grid Legends will infuse the actor’s performances in the final game for the perfect immersion. Besides the high tech used in the story mode, Grid Legends will also allow players to mix and match cars across classes to race against each other.

With more cars, events, and improvements, Grid Legends will be an amazing racing game to play. However, in the meantime, grab your mobile device and check out the best racing games for Android and iOS.

Players who love dark and mysterious games will love the new gameplay trailer of EA’s upcoming game Lost in Random. The game has been developed by Zoink Games, also known for its fantasy game Fe. Set in a dark yet beautiful world, the story of Lost in Random focuses on two sisters named Even and Odd who always stick together. However, the arrival of a dark and evil Queen threatens this bond as she kidnaps Odd and locks her away.

Aided by a trusty dice called Dicey, Even must now make her way through six shadow realms of Random and rescue her sister. Lost in Random features stunning gameplay that’s a mix of combat, exploration, and card battles all tacked into one. The overall look and feel of the game give Alice in Wonderland vibes. Lost in Random’s new trailer was an exciting reveal during EA Play Live 2021.

The newest season of Knockout City brings with it a Hollywood-themed atmosphere to play dodgeball. Featuring new maps, playlists, gear, and even a new Soda-themed ball, the new season is an excellent addition to this dodgeball game that’s a huge hit among gamers. Check out the comedic trailer for yourself and see all the upcoming changes.

These were the biggest announcements Electronic Arts made during the EA Play Live 2021. As we mentioned before, with all things considered, this year is shaping up to be an excellent one for gaming. We personally are excited about the Dead Space Remake. Which announcement has got you hyped up? Let us know in the comments below.