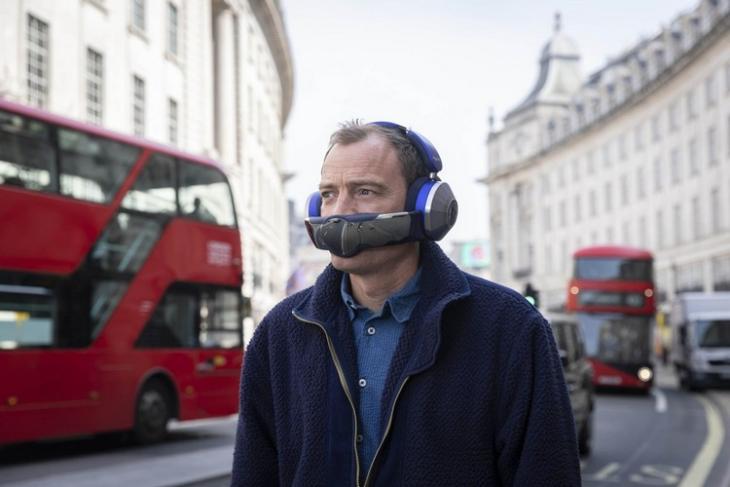 Citing the ever-increasing market for wearables and hearables, popular appliance maker Dyson has jumped on board with the launch of its first wireless headphones that double as an air purifier. Dubbed the Dyson Zone, the pair of Bluetooth-based headphones offer a variety of features, including ANC, filter-based air purifying, and many others. Check out the details below.

The Dyson Zone is essentially the result of 6 years of engineering development. The company says it built 500 prototypes of headphones before coming up with the final product. The Dyson Zone is designed to provide high-quality audio as well as purified air to users on the move. It comes with an over-the-ear design along with a built-in “visor” that covers the mouth and nose of the users.

There are a couple of miniaturized motors inside the earcups that blows two streams of purified air into the users’ mouth and nose. The miniaturized motors or micro-compressors suck in the surrounding air into the headphones. It then uses Dyson’s existing air-filtration technologies to capture 99% of the pollutants from the air, including dust, pollen, nitrogen dioxide, sulfur dioxide, and other city gases. The purified air then blows into the users’ mouth and nose through the front visor that covers the mouth and nose.

There are four purification modes for different levels of exertion and environment. These include low, medium, high, and auto. Furthermore, the Dyson Zone has in-built accelerometers that enable the headphones to automatically switch between low, medium, and high modes, depending on the outside air conditions.

Now, coming to the audio aspects of the Dyson Zone wireless headphones, they feature neodymium drivers to deliver a neutral sound signature, as per the company. It also has support for Active Noise Cancelation (ANC) with three separate modes – Isolation, Conversation, and Transparency. The Isolation mode blocks most of the surrounding noise and the Conversation mode amplifies the voice of other individuals using the in-built mics. The Transparency mode, on the other hand, focuses on environmental sounds to let users be aware of their surroundings.

Other than these, the Dyson Zone offers low distortion while delivering audio wirelessly. Users can also turn off the air purification function and detach the front visor to use it in an audio-only mode.

Now, coming to the price and availability, Dyson is yet to reveal details about them. Currently, you can go to the company’s official website and register to receive updates about the headphones, going forward. So, stay tuned for further updates, and let us know your thoughts on the Dyson Zone in the comments below.