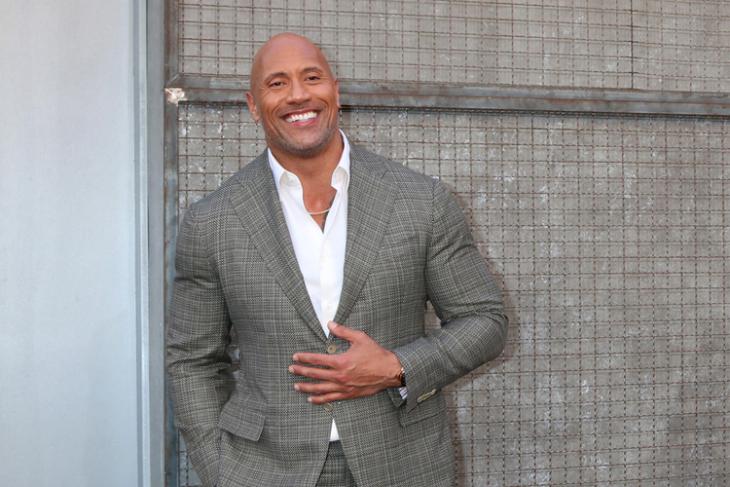 Hopper HQ, a team of social media handlers of A-tier celebrities, started publishing the “Instagram Rich List” from 2017. Since then, each year the company publishes the list showcasing the celebrities who earn more than you can imagine from the social media platform.

Last year, we saw the young entrepreneur, Kylie Jenner top the list for the second time in a row. As per last year’s information, the founder of the make-up brand, Kylie Cosmetics, charged a whopping $1.26 million for one post. At that time, Jenner had 141 million Instagram followers.

However, despite having 182 million followers now, the owner of the make-up brand, Kylie Cosmetics, was knocked off from the top spot by “The Rock” in this year’s “Instagram Rich List”. The Jumanji-star, as per the 2020 list, charges around $1,015,000 for posting one picture on Instagram. 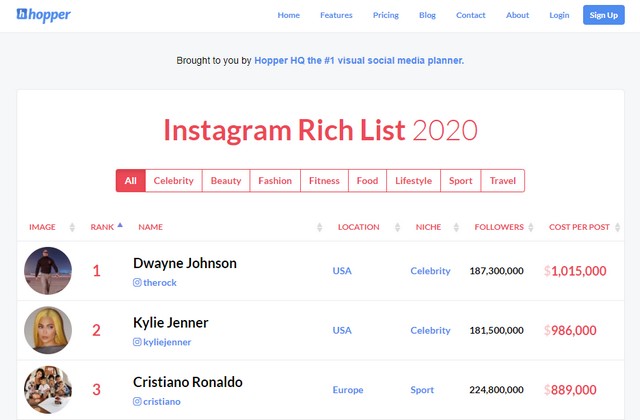 Now, as you can see, in the previous year, Kylie Jenner, being in the top spot, charged over $1.26 million for an Instagram post. However, this year, although Johnson is on top, he charges almost $260,000 less than what Jenner charged last year. This shows that the average value of a post has decreased from previous years. Now, Kylie Jenner has also decreased her charge to $986,000 and is holding the second spot.

Apart from these two, other “rich Instagram celebrities” include Cristiano Ronaldo in #3, popular TV personality, Kim Kardashian West in the #4 spot, and pop-singer, Ariana Grande who moved down from #2 in 2019 to #5 in this year’s list.

Now, if you want to check out the full list, you can head over to Hopper HQ’s official website right away.