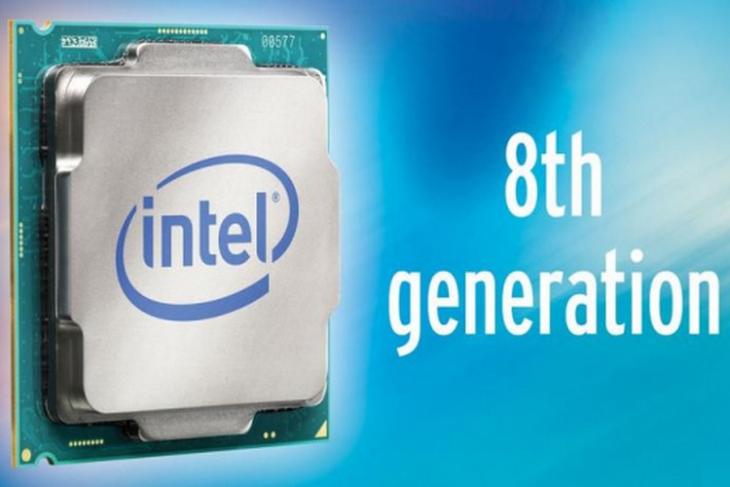 Intel has unveiled a new line-up of 8th Gen Core I-series of processors for laptops and desktops, based on the Coffee Lake architecture and built using the 14nm++ process technology. Following Intel’s announcement, a number of OEMs launched new notebooks featuring the latest Intel processors, and also unveiled updated versions of their offerings with the new CPUs.

Here’s a quick rundown of the laptops which feature the new 8th-Gen Intel Core I processors. 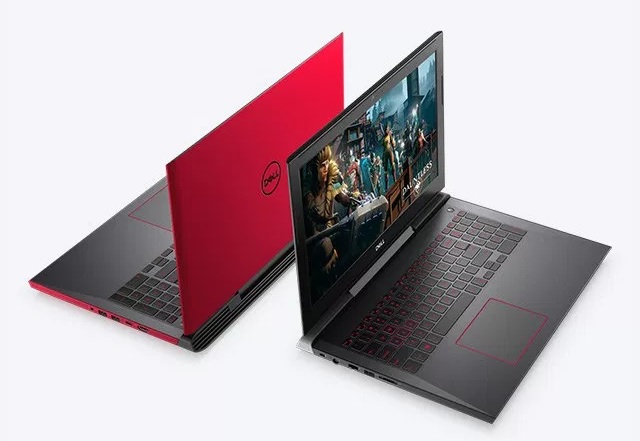 Dell launched the all-new G-series gaming laptops for all budgets, which feature the new Intel Core processors and come in multiple sizes, CPU and graphics configurations.

The G5 and G7 series of gaming laptops from Dell come with Full HD displays and also offer an optional 4K variant, however, display size is fixed at 15-inches. The aforesaid devices can be configured with up to 32GB of RAM, up to an 8th-Gen Intel Core i9 processor and three GPU options to choose from viz. an NVIDIA GeForce GTX 1050, GTX 1050Ti and GTX 1060 Max-Q.

In addition, the Alienware series 15 and 17-inch variants got new silicon too. These two models can be configured with up to 8th Gen Intel Core i9 processor and a choice of GPU between Nvidia GTX 1070 in the 15-inch version and the GTX 1080 graphics card in the larger model. 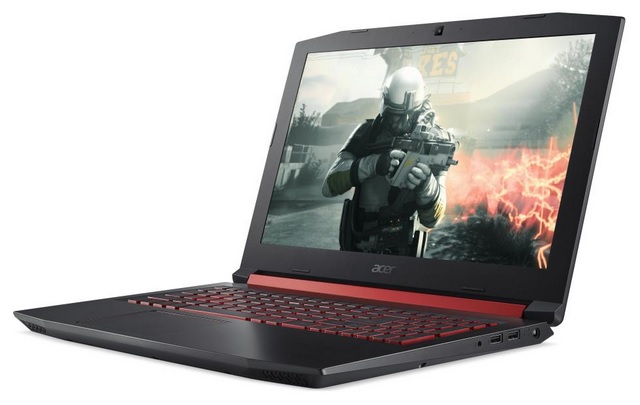 Acer upgraded the Nitro 5 gaming laptop which comes in a choice of three different processors from the lineup of 8th Gen Intel Coffee Lake processors viz. the Core i5, Core i7 and the Core i7+ CPU with an Intel Optane memory ticking alongside. The Acer Nitro 5 features a 15.6-inch Full HD IPS display and is equipped with a 32Whr battery rated to deliver 8.5 hours of screen-on time.

The device will be available in three models, with the base version packing an 8th Gen Intel Core i5 processor, while the top model comes equipped with an Intel Core i7 or an i7+ processor. Customers can configure their Nitro 5 with an NVIDIA GeForce GTX 1050 or a 1050 Ti graphics card with 4GB of graphics memory and up to 32GB of DDR4 RAM.

As for storage options, the laptops can be purchased in three versions viz. 256GB SSD, 1TB HDD+128GB SSD and 1TB HDD+256GB SSD models. The updated gaming laptop comes with Acer’s CoolBoost system for thermal management as well as the Dolby Audio Premium technology, working in tandem with Acer’s TrueHarmony feature on board to deliver superior audio output. The updated Acer Nitro 5 gaming laptop starts at $749.99 and will hit the European and US markets in May, however, details about its availability in India are not known. 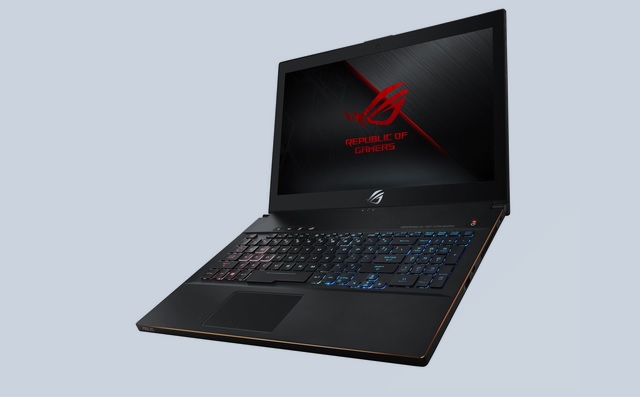 Asus’s ROG line-up of gaming laptops have been some of the best in the business and these too got the latest gen Intel Coffee Lake processors. The company launched the beastly ROG Zephyrus M GM501 slim gaming laptop equipped with the latest gen Intel Core-i7 8750H hexa-core processor. The new ROG Zephyrus features a slightly redesigned build – especially the keyboard deck – compared to the previous gen Zephyrus laptop. Under the hood, the sleek gaming laptop is powered by the NVIDIA GeForce GTX 1070 GPU, ticking alongside 16GB of RAM, 256GB M.2 NVMe SSD alongside 1TB of FireCuda SSHD storage. 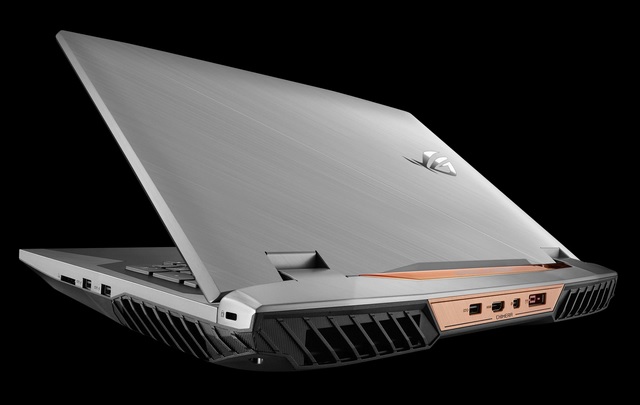 Asus has also unveiled the updated version of the ROG G703 gaming laptop which now comes equipped with the top-of-the-line 8th Gen Intel Core i9 (8950HK) processor in an unlocked state with a maximum clock frequency of 4.8GHz.

The device is equipped with a factory overclocked  NVIDIA GeForce GTX 1080 graphics card, working in tandem with up to 64GB of DDR4 RAM and three 512GB NVMe SSD units coupled with up to 2TB SATA HDD storage. The refreshed ROG G703 gaming laptop packs a 17.3-inch FullHD IPS display with a 144Hz refresh rate, backed by NVIDIA G-Sync technology. 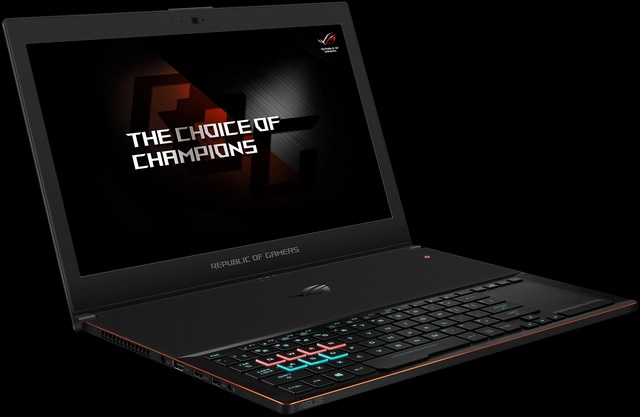 The original ROG Zephyrus GX501 has also received a minor upgrade, as the device is now powered by an 8th Gen Intel Core i7-8750H processor clocked at 3.9 GHz, ticking alongside an NVIDIA GeForce GTX 1080 Max-Q GPU with 8GB of graphics memory, paired with up to 24GB of DDR4 RAM and up to 512GB NVMe SSD. The ROG Zephyrus GX501 comes with a 15.6-inch Full HD IPS display with 144Hz refresh rate and 3ms latency. 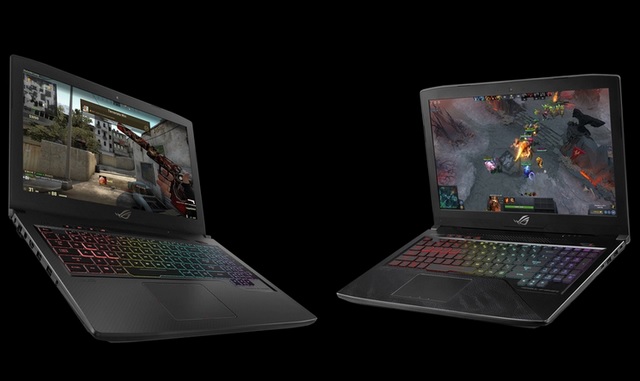 Asus has also lifted the covers from the updated ROG Strix Scar and ROG Strix Hero Edition with the new Intel processors, as both the devices now come with an 8th Gen Core i7-8750HQ processor clocked at up to 3.9GHz. The ROG Strix Scar edition features an NVIDIA GeForce GTX 1070 GPU with 8GB of graphics memory, while the ROG Strix Hero edition comes with an NVIDIA GeForce GTX 1050 Ti graphics card with 4GB of graphics memory. Rest of the specs are identical on both the devices viz. a 15.6-inch Full HD display, up to 32GB of DDR4 RAM, up to 512GB of NVMe SSD+1TB of FireCuda SSHD storage, backed by a 64 Whr battery. 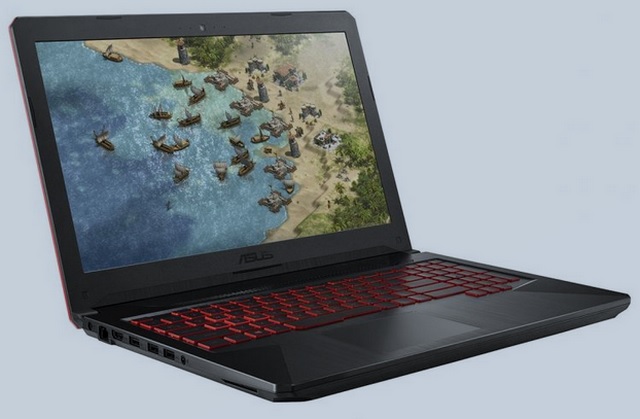 Lastly, ASUS has also launched an updated version of its entry-level TUF series gaming laptop. The TUF FX504 gaming laptop can be configured with an 8th Gen Core i5-8300H or a Core i7-8750H processor, tickings alongside 4GB of DDR4 RAM and 1TB of HDD storage, however, users can also configure the device with an additional 128GB PCIe SSD. In terms of graphics, the TUF FX504 offers a choice between an NVIDIA GeForce GTX 1050 and a GTX 1050 Ti GPU.

MSI launched three new devices in the GT-series of gaming laptops, and has also unveiled the super sleek GS65 Stealth Thin gaming laptop, all of them powered by the 8th Gen Intel Coffee Lake processors. 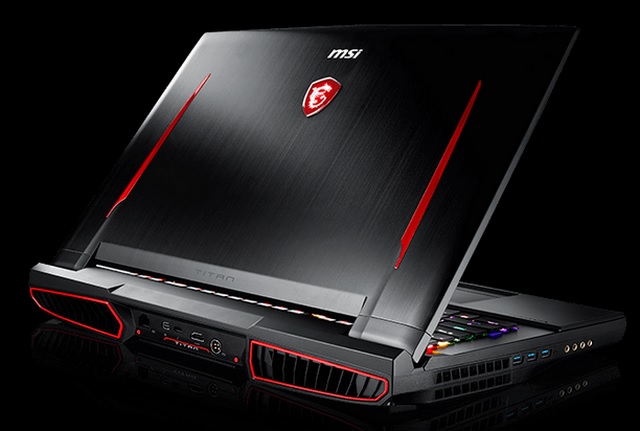 Out of the bunch, the GT75 Titan is the first device from MSI’s stable to come equipped with an 8th Gen Intel Core i9 processor and features not one, but two Nvidia GeForce GTX 1070 GPUs in SLI configuration to deliver an unmatched gaming performance. 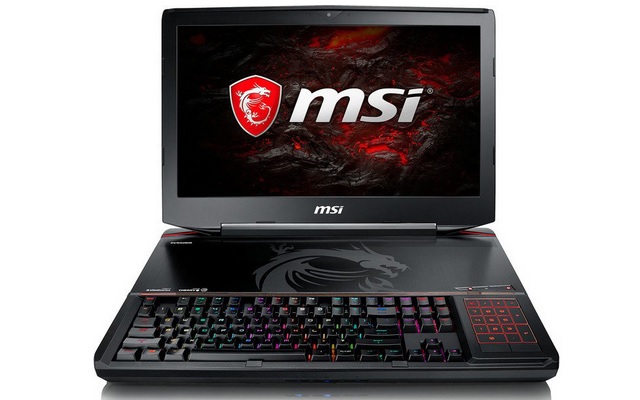 The MSI GT83 Titan is touted to the most efficient replacement for a gaming desktop, as the device packs the latest hexacore Intel Core i7 processor coupled with two NVIDIA GeForce GTX 1080 GPUs in SLI mode, a combination which is hard to find in another laptop in the market and needless to say, it can absolutely crush any game you throw at it. 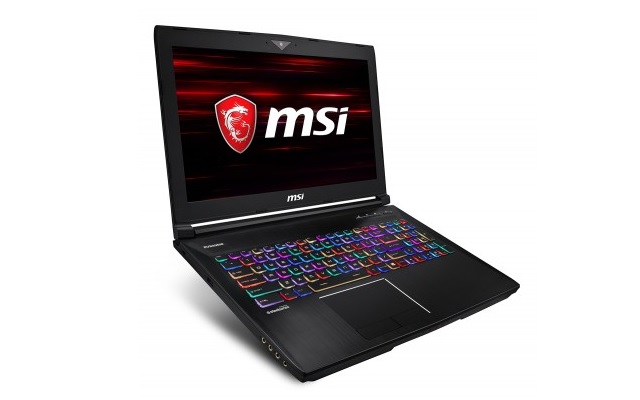 The MSI GT63 Titan features a relatively sleek build for a gaming powerhouse, but under the hood, the device comes equipped with an 8th Gen Intel Core i7 processor (lower end models also available), and a choice between NVIDIA GeForce GTX 1070 and GTX 1080 graphics card. The device also comes loaded with other goodies too, such as a SteelSeries designed mechanical keyboard with individually-lit keys as well as the Dragon Center 2.0 customization tool to name just a few. 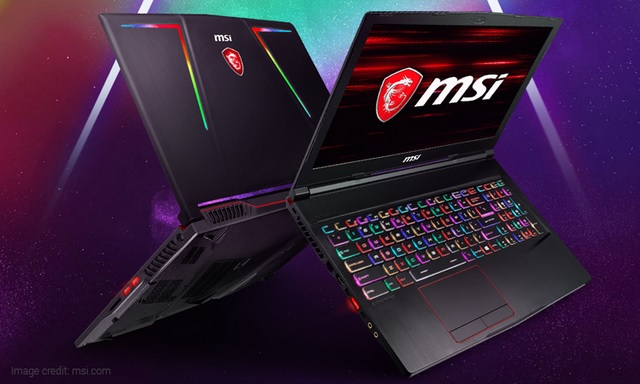 The budget MSI GE Raider RGB Edition will be available in two models, both of which feature the laptop’s signature individual-key RGB illumination technology on the keyboard as well as the back panel. The device comes equipped with an 8th Gen Intel Core i7 (8600H) Coffee Lake processor and offers users two graphics options viz. an NVIDIA GeForce GTX 1060 and a GTX 1070 graphics card. 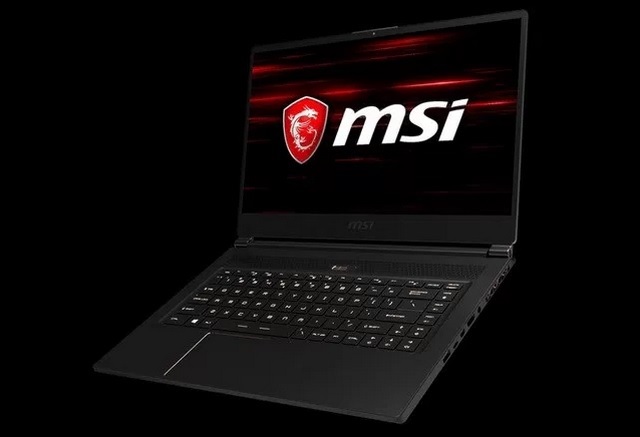 Lastly, MSI has also unveiled a brand new, ultra-portable gaming laptop in the form of the MSI GS65 Stealth Thin, which packs a 15.6-inch Full HD IPS display which is surrounded by just 4.9mm thin bezels, with 144Hz refresh rate and 7ms latency. The device is equipped with an 8th Gen Intel Core i7 (8750H) processor, alongside a maximum 32GB of DDR4 RAM and a choice between NVIDIA GeForce GTX 1070 and the GTX 1060 GPU with 8GB and 6GB of graphics memory respectively. The sleek gaming laptop features an 82Whr battery which provides a backup of 8 hours, and has been priced starting at Rs. Rs. 1,69,990, with sales expected to kick off soon on Flipkart, Paytm and through offline stores.

Gigabyte also introduced a host of new laptops packing the latest Intel Coffee Lake mobile processors, and has updated the X-series line-up with the new processors too. 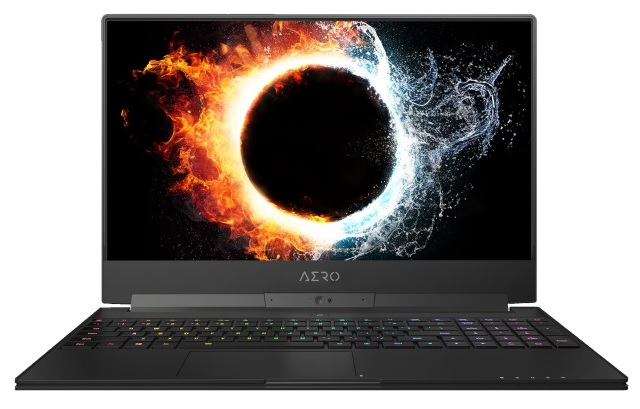 First up is the Gigabyte Aero 15X, which comes equipped with a 15.6-inch FullHD IPS display with 144Hz refresh rate (optional 4K display with 60Hz refresh rate) and minimal bezels for a sleek look. The device features an 8th Gen Intel Core i7-8750H CPU and is equipped with an NVIDIA GeForce GTX 1070 Max-Q GPU, with up to 32GB of DDR4 RAM and SSD storage in variable capacities. Gigabyte also offers a slightly toned down version in form of the Aero 15 gaming laptop, which is identical to the Aero 15X in all aspects except the GPU, as it packs an NVIDIA GeForce GTX 1060 GPU with 6GB of graphics memory. 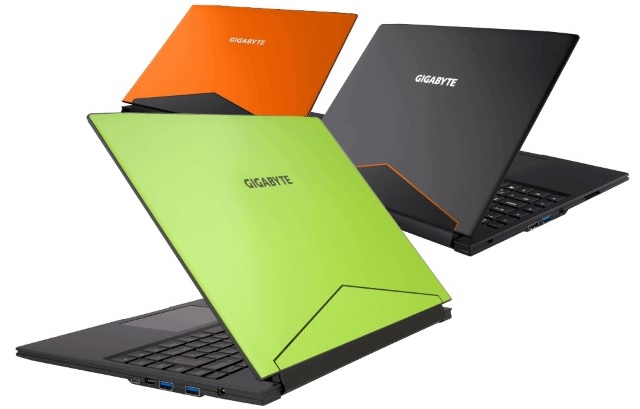 Gigabyte refreshed the Aero 14 line-up of gaming laptops too, with the new Intel processors. The Aero 14 packs a 14-inch IPS LCD display with 2560×1440 resolution, and is powered by the 8th Gen Intel Core i7-8750H processor, ticking alongside 16GB of RAM and an NVIDIA GeForce GTX 1050 Ti GPU with 4GB of graphics memory. 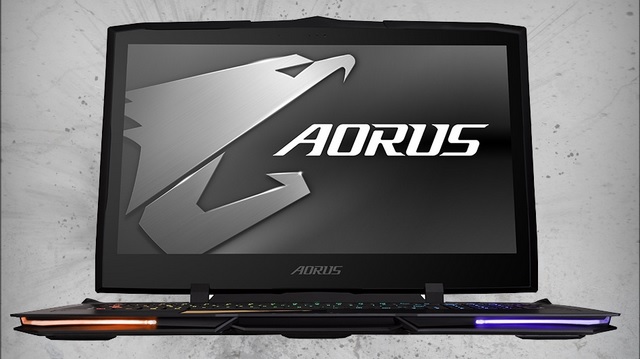 And there will be a lot more laptops coming as Lenovo and HP unveil their new range with Intel’s latest ultra-powerful CPUs. Stay tuned to Beebom for all the details and let us know which of these new laptops intrigue you the most!