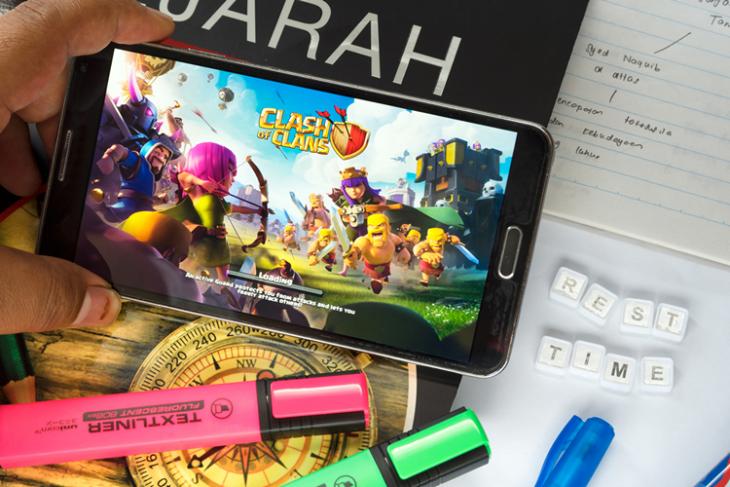 Supercell’s Clash of Clans generated $727 million in revenue this past year, according to popular analytics firm Sensor Tower. This makes SuperCell one of the top five mobile app publishers.

In comparison, that is a 27 percent growth from 2018 where it gained $572 million in revenue. Also, 2019’s earnings have stopped the decline in the app revenue.

The major reason for this bump in revenue according to Sensor Tower Store Intelligence data is the introduction of $5 Gold Pass which took place in April last year. The report notes that players spent up to $66.6 million in April, a 58% growth when compared to March and a 73% year-over-year growth from April 2018.

Clash of Clans had its peak revenue back in 2014 and 2015 where it earned $1.6 billion and $1.8 billion respectively. The game was first released in 2012. Take a look at the revenue chart below. 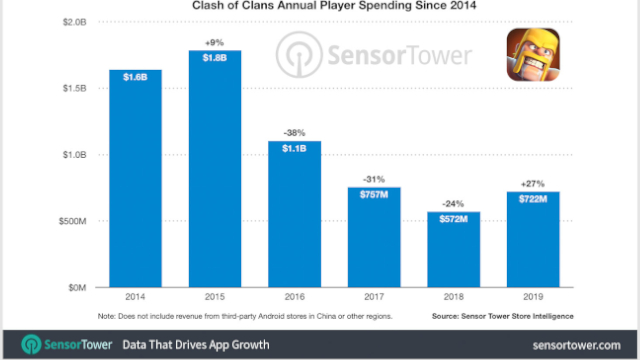 The game owes its revenue boost to battle passes, which gained popularity with popular battle-royale games like PUBG Mobile and Fortnite. “Supercell has found success with the battle pass mechanic because it was able to implement it in a way that complemented the Clash of Clans experience.”, wrote Katie Williams, Mobile Insights Strategist of Sensor Tower. “It’s this demonstrated ability to evolve within the fast-moving, constantly changing gaming landscape that marks the publisher as a continued industry leader.”

So, are you one of those Clash of Clans players? If yes, did you purchase the Gold Pass? Let us know in the comments. In the meantime, if you are interested to play games similar to Clash of Clans, check out our article on the same.