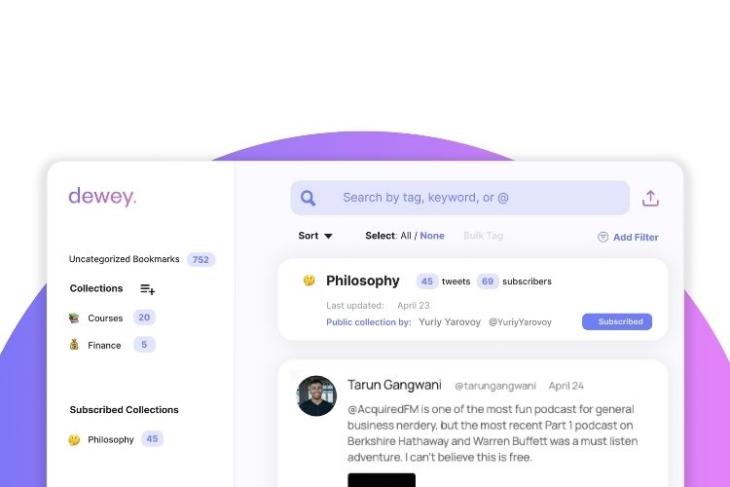 If you are an avid Twitter user and use the bookmark functionality of the platform, then you might know the struggle of managing the bookmarked tweets. Although it is a nifty way for users to store tweets for later use, Twitter does not allow its users to organize, search, or export the tweets from the Bookmarks sections. However, Dewey is a new Chrome extension that aims to solve this problem and let you manage, search, and export your Twitter bookmarks seamlessly.

Created by a small team, including a digital marketer, an entrepreneur, and a CEO of an existing company, Dewey essentially lets you easily manage your Twitter bookmarks on Google Chrome or any Chromium-based web browser. It takes all your bookmarked tweets and stores them in a repository from which you can easily manage them. It could be seen as a souped-up version of the new Bookmark Folders feature added in the Twitter Blue subscription.

For the unaware, Twitter introduced its Bookmarks feature back in 2018 to help users save significant tweets for later use. Now, if you are a regular on Twitter, chances are you have bookmarked hundreds (if not thousands of tweets) to read at a later time. The Bookmarks section on Twitter, however, does not let you search, organize, or export the bookmarked tweets in any way. As a result, the Bookmarks functionality on Twitter essentially becomes a pile of tweets over time. 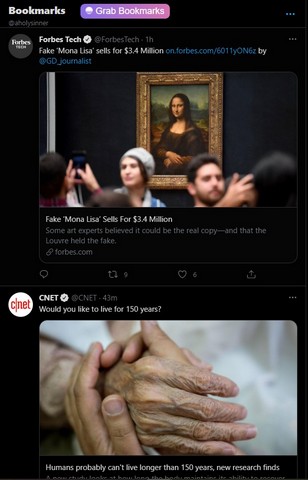 So, to help you manage your bookmarked tweets, Dewey grabs all the tweets that you have bookmarked over time and brings them into its own collection for you to easily organize them using tags, search for particular tweets using keywords, and export the bookmarked tweets to other writing or note-taking apps.

Following the installation, it resides in the extensions bar of your Chromium-based web browser. You can open Dewey from there to find all your bookmarked tweets. Then, you can sort the tweets, use the integrated search bar to search for specific tweets via keywords, select multiple tweets and export them as CSV files to use them in third-party apps. 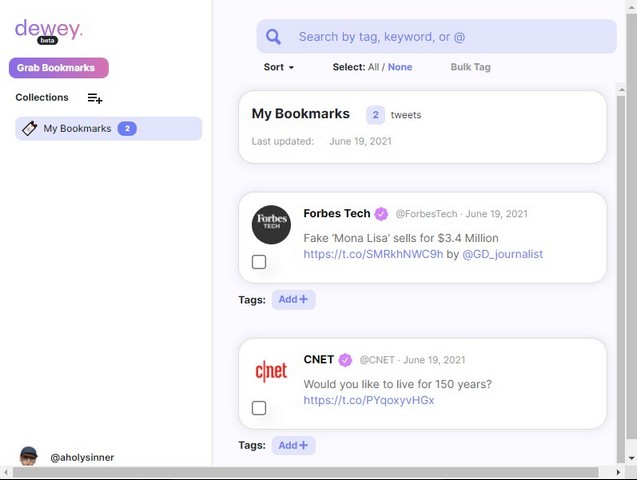 Furthermore, Dewey lets you add tags to your bookmarked tweets to make it easier to organize them. It also curates your recent bookmarks and sends weekly emails with an overview of the recent tweets that you have saved.

So, if you are a Twitteratti who is fed up with using the broken Bookmarks functionality of the popular micro-blogging site, we recommend you try out Dewey. You can check it out from its official website and get the said extension for free.