Skip to content
Home News Samsung ‘Galaxy Fold Lite’ With Clamshell Design May be Launched at $1,100 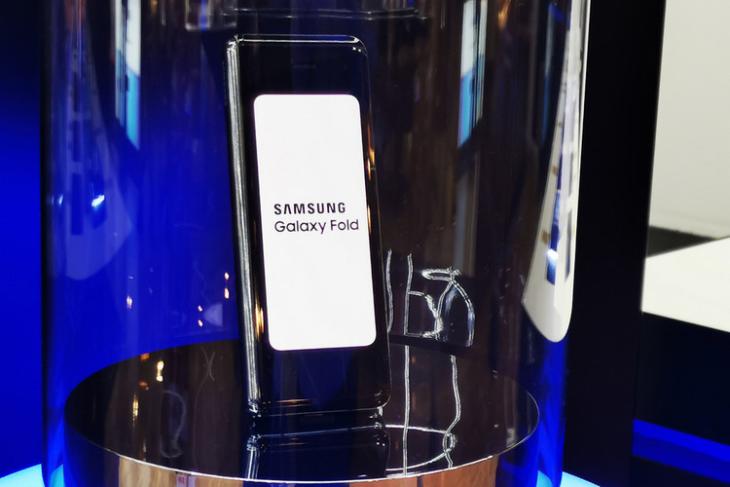 Folding smartphones may not become super-affordable any time soon, but tech companies are trying to address a larger consumer base by targeting slightly lower price-points. According to latest reports, Samsung is working on a so-called ‘Galaxy Fold Lite‘ that might come with an $1,100 price-tag (around Rs. 83,000). It might have a few less bells and whistles as compared to the original Galaxy Fold, but what’s most interesting is that it will apparently have the clamshell form-factor of the Galaxy Z Flip.

News about the rumored device was revealed by tech journalist and serial tipster, Max Weinbach, who says it might ship with older hardware to keep the price down. According to him, the device might still be powered by the Snapdragon 865, although he isn’t sure about that at this time. Either way, the phone will not have 5G connectivity even if it does ship with the aforementioned SoC, very likely to differentiate it from the Galaxy Z Flip.

Weinbach further says that the phone will be marketed internationally, and as with most premium devices these days, will be built out of glass and aluminum. It will also apparently be offered in Mirror Black and Mirror Purple options. Do note that the device is still in the works and some of the details might change between now and the time it gets into commercial production.

It isn’t surprising that the Samsung is betting on the clamshell form-factor, because it clearly holds more promise than some of the other folding designs we’ve seen over the past couple of years. Either way, there’s no word on when the device might be launched, but we’ll hopefully get more info in the days ahead.