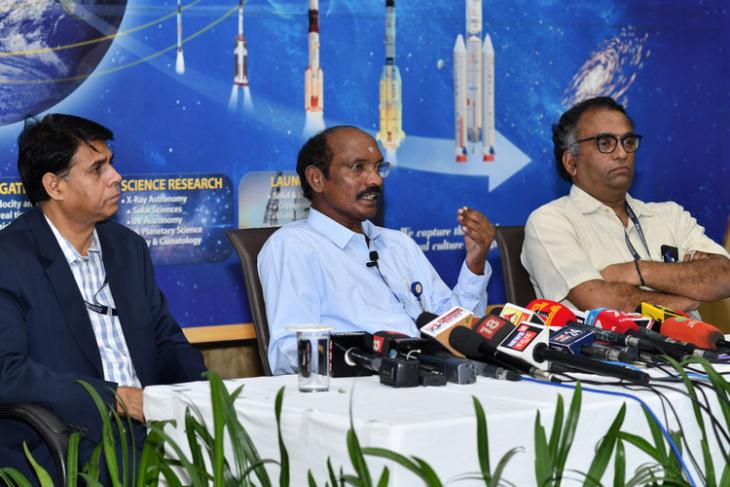 ISRO is not letting the failure of its Chandrayaan-2 mission to thwart its ambitions of becoming a space superpower in the coming decade. In an interview with reporters at the organization’s headquarters in Bengaluru this week, ISRO Chairman K. Sivan said that the government has approved the Chandrayaan-3 mission that will have a lander and a rover, but not an orbiter.

According to him, the mission will have a ‘similar configuration’ to that of the previous mission which successfully deployed a lunar orbiter that relays scientific data back to earth, but was unable to stick the landing that would have made India the fourth country after the US, Russia and China to make a successful soft-landing on the moon and the first to do so on the dark side. The debris of the Vikram lander was also recently spotted on the Moon thanks to images taken by NASA’s LRO.

While the modalities of the new mission are still being worked out, Sivan expressed confidence that it will most likely happen this year. Interestingly, with many of the logistics and research already taken care of, this particular mission is said to cost significantly lower than Chandrayaan-2.

Meanwhile, ISRO is also planning to launch a heavy communication satellite Gsat-30 on January 17 from Kourou space center in French Guiana on-board an Ariane-5 rocket of the European Space Agency (Arianespace). According to Sivan, “The launch of Gsat-30 from Kouru will be our first satellite in the New Year (2020) to augment capacity to provide communication links to state-run and private service providers”.

Finally, Sivan also said that plans for ISRO’s first human space-flight mission called ‘Gaganyaan’ (Sky Vehicle), is on track for 2021. According to him, four Indian Air Force (IAF) pilots have already been selected, and will be send to Russia for training. “Four astronauts have been selected, who will undergo extensive training”, he said.