BSNL has today launched two new broadband plans aimed at offering high-speed internet to users at affordable prices. The company’s new plans are priced at ₹299 and ₹491 respectively, and offer 20Mbps download speeds, along with a bunch of additional benefits. 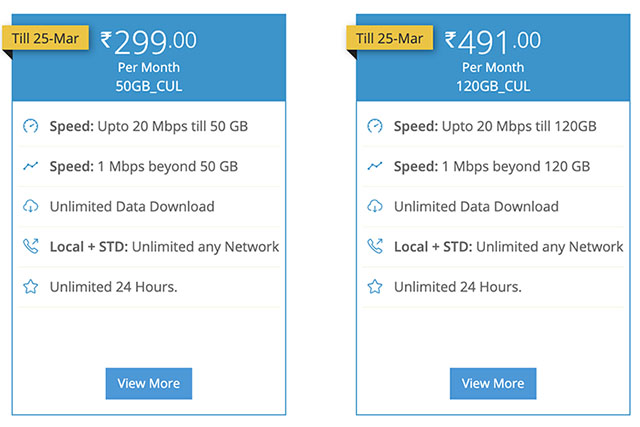 Both the plans also offer users unlimited local and STD calling as an added benefit, and offer ISD calls at ₹1.2 per unit.