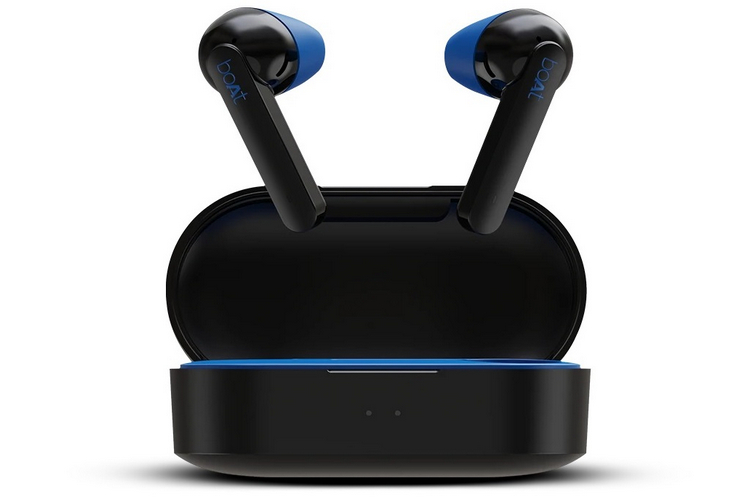 Domestic audio equipment vendor, Boat Lifestyle, has launched its latest TWS earbuds in India. Called the Boat Airdopes 461, the device is priced at a premium over most similar products in the country, but Boat claims it offers a more immersive experience and greater call clarity than its rivals. The company also claims a massive battery life, fast charging, multiple listening modes, water-resistance, and a boatload of other new features.

The Boat Airdopes 461 comes with 6mm drivers and offers multiple sound modes for different use cases. While the Crystal Mode uses the built-in microphones to enables users to hear ambient sounds even while wearing the earphones, the so-called Beast Mode is designed for gamers and, offers real-time audio with low-latency.

The Airdopes 461 also come with dual-microphones in each earbud to enable crystal clear voice calls. It also comes with IWP technology and Bluetooth v5.0 for instant connectivity and, is IPX5 rated, denoting resistance against sweat and water. The earbuds support all three leading voice assistants, including Alexa, Siri, and Google Assistant. The earbuds have an operating distance of 10 meters and support frequencies of 20Hz-20KHz.

Saving the best for last, the major USP of the Boat Airdopes 461 is its massive battery life. The company is claiming up to 6 hours of continuous playback on a single charge with the 60mAh batteries in each bud. With the 600mAh battery in the charging case, that figure jumps to 46 hours of playback, according to the company’s official product page. Boat further claims that the device can offer up to 1 hour of playback with just 5 minutes of charging.

The Boat Airdopes 461 TWS earbuds have been priced at Rs. 7,990 but will be sold on Flipkart at Rs. 2,999 as part of an introductory offer during the e-tailer’s Big Billion Days sale. They will be available for purchase in Active Black and Bold Blue color options, starting tomorrow, October 16.