Almost every computer user at one point or the other has faced the need (or just the curiosity; we’re not judging) to use a virtualization solution on their machine. Perhaps to try an alternate operating system without ditching the existing one, or to run a program that is available specifically on one OS. Either way, one of the most common tools that comes to mind for a virtualization solution is Oracle’s VirtualBox. VB has many benefits over competing offerings, the biggest of them being the fact that VirtualBox is open source and free, and runs on a host of operating systems including Windows, Linux, OS X (now macOS) and several others.

The one catch with VirtualBox, however, is what is generally the case with open source and free software: they’re not always the best solutions out there. In fact, they’re usually far from the best and that’s the case with VirtualBox. While VirtaulBox is a capable offering, it’s marred with poor performance and lacks new features that the competition has been quick to incorporate. If you’re one of those people who are looking for other virtualization options besides VirtualBox, read on to see our picks that best serve the purpose. Be advised, however, that some of them come with rather hefty price tags.

When it comes to virtualization of operating systems, VMware is a name that needs no introduction. With over 15 years of industry experience in this area, VMware products come with the guarantee that they are going to work. Workstation Pro is the elite of the corps when it comes to VirtualBox alternatives, transforming your computer into a host, ready for a variety of operating systems for testing, deploying and even everyday use. The program can also replicate tablets, sync virtual machines from the cloud so that they’re accessible no matter where you are, has advanced hardware support, allows for sharing of virtual machines and a slew of other features that will satisfy even the most hardcore users. 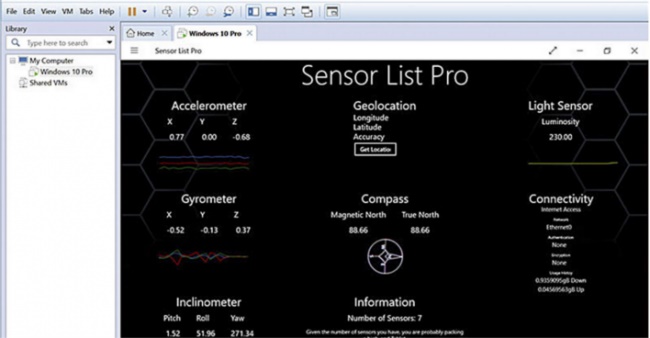 VMware Workstation Pro is primarily geared at developers and IT professionals, which is why it carries the most expensive price tag on this list, i.e., $249 per license.

Workstation Player is also capable of running restricted virtual machines, i.e., machines that are created using VMware Workstation Pro. This makes it the ideal solution for deploying in an educational environment without making exorbitant expenses in hardware and software. Workstation Player’s virtual machines are also portable, so you can transfer the whole VM file on a flash drive or other storage media and use it on a completely different machine as long as it can run the Player itself.

VMware Workstation Player costs $150 for a commercial license, but is free for personal, non-commercial use, making it an ideal solution for home users.

Yet another VMware product, you’d think, but they’re just that good, and Fusion Pro is the icing on the cake. This is the first entry on our list that is restricted to a particular OS and serves a particular purpose only, but does it do it well or what. Fusion Pro is OS X only, allowing you to run Windows and Linux on your Mac in a virtual machine. What truly makes it a great solution is the “fusion” (called Unity) that it creates between the host and the client, allowing you to run Windows apps in Mac that seem like you’re running them natively. The qualities don’t stop at this either; Fusion Pro allows you to use advanced Windows 10 features like Cortana and universal search within your Mac. Virtual machines can be made restricted or self-expiring (think: temporary), and on the hardware front, can be assigned up to 64GB of RAM and 16 processor threads, should your Mac hardware support all of that. 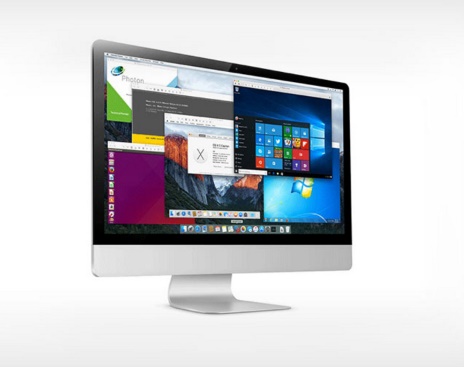 If you’re not a professional user and don’t need this much power, a slimmer version is available that goes just by VMware Fusion. Fusion is geared at home users whose ultimate goal is to get a seamless experience that delivers both Mac and Windows side-by-side. VMware Fusion Pro goes for $200 for a new license (discounted to $160 as of this writing), while Fusion sells for just $80.

Short for Quick Emulator, QEMU is yet another open source and free virtualization solution for a variety of operating systems. While being immensely powerful, it’s also one of the least user-friendly out there. QEMU offers a number of possibilities and advanced features that others in the same genre fall short in, including a wide variety of architectures instead of just the traditional x86 used by traditional PCs. It can also be bundled with KVM to run virtual machines as fast as they would run in a native hardware environment. QEMU also doesn’t rely on host’s graphical output for virtual machine display, instead deploying an integrated VNC server to show the guest operating system’s screen. 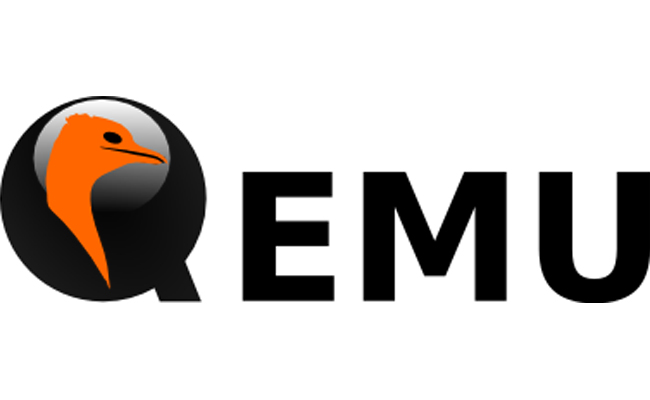 The list of features and unique traits for QEMU is pretty long, and it is one of the most powerful options on our list of VirtualBox alternatives. The only reason it falls at number 4 is because of its complicated nature of use.

No virtualization software discussion can be complete without the mention of Parallels Desktop. Parallels Desktop is a direct competitor for VMware Fusion and Fusion Pro, and even offers two versions: one for personal use and the other geared for businesses. Parallels Desktop does everything that VMware Fusion does with some subtle differences. It also allows for simultaneous running of Mac and Windows and even comes with a “Coherence” mode that is the exact equivalent of Fusion’s Unity. Parallels, however, isn’t restricted to Windows, and can run Linux and Chrome OS on your Mac as well. It is also Windows 10 ready, supports Cortana integration and can even make a virtual machine out of your Boot Camp Windows installation for convenience. 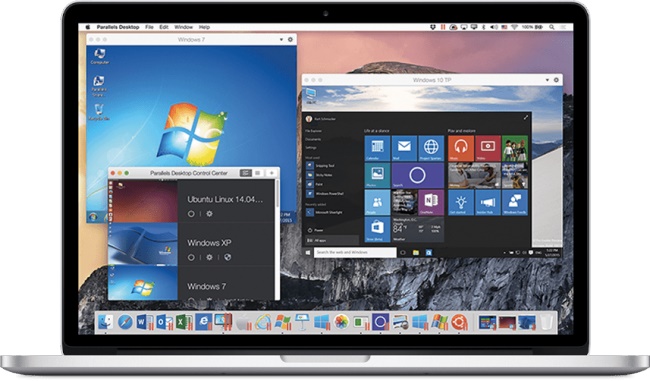 Parallels Desktop comes with different “modes” where you can specify what your use case for the virtual machine will be (gaming, productivity, development etc), and the software will adjust the virtual machine’s settings to suit that need. It costs $80 or can be bought on yearly plans. They often keep giving sales and discounts, so keep an eye out for a bargain if Parallels tickles your fancy.

I’m sure you can appreciate the irony in the name of this program, but this is also a very apt description of what Portable-VirtualBox is. In essence, this free and open source program is VirtualBox that you don’t need to essentially install, thereby making it useful even if it’s contained in a USB drive. Portable-VirtualBox works by downloading and virtually installing VirtualBox on the go, enabling you to run a virtual machine on a host that either didn’t have VB in the first place, or doesn’t allow installation of software. It also doesn’t matter where your virtual machines are stored, since Portable-VirtualBox is capable of running them no matter where you are. 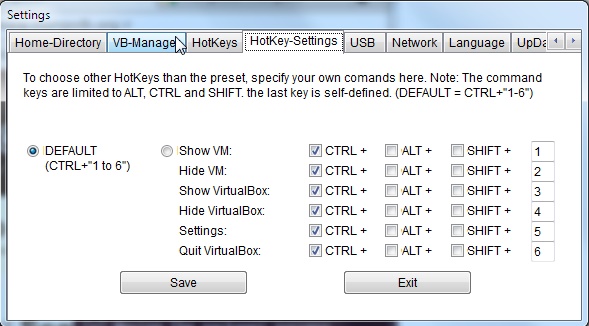 Our final entrant on this list is one freeware specific to running Linux virtual machine on a Windows environment without the shackles of installation. As the name suggests, MobaLiveCD allows running a Linux LiveCD for testing and emulation purposes on any Windows machine. It utilizes QEMU as the engine for emulation of the virtual environment, and frees you up from having to burn a CD to run Linux on Windows. Since MobaLiveCD serves a very specific purpose, it doesn’t come with any bells and whistles, and does the job its meant to do well. 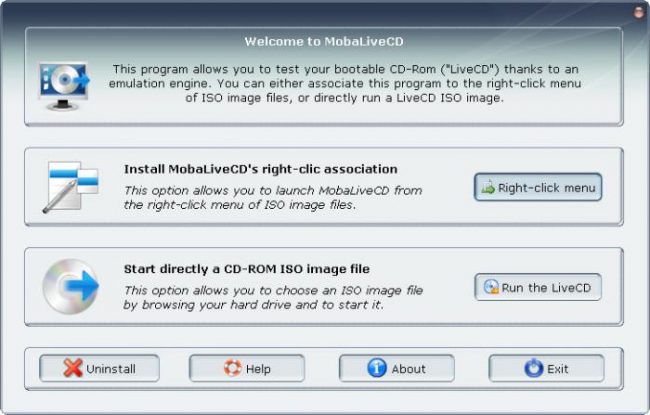 Some really good VirtualBox alternatives you can use

So, there you have it – seven good VirtualBox alternatives. As you can see for yourself, in this instance, free isn’t really the best, and if you have serious hypervisor and virtualization needs, you’d be better off using a reputable commercial solution. All paid tools on this list offer a free trial, so you can check beforehand if any one of them suits your needs best. And if nothing else, take advantage of the fact that the very capable VMware Workstation Player is free for non-commercial use. Also, if you have any other recommendations that you think should have been included in our list, drop us a comment and let us know.

How to Run PIXEL OS on Your Mac or Windows PC