If you’re an avid gamer, you’d probably want the best possible gaming experience and this is exactly where gaming monitors kick in. With faster response times and higher refresh rates, these monitors always have an edge over the conventional monitors when it comes to gaming. With NVIDIA G-Sync, these gaming monitors are taken to a whole new level as the technology promises buttery smooth, tear-free gaming experience. Basically, G-Sync is a proprietary technology to adaptively vary the monitor’s refresh rate, in order to make sure that it’s in sync with the GPU’s render rate. This is primarily done to eliminate screen tearing and stuttering, an issue that can be seen on regular gaming monitors. That being said, these G-Sync-ready monitors are more expensive due to the inclusion of dedicated hardware to make this possible. Additionally, users need to have an NVIDIA GeForce GTX GPU (650 Ti or newer) in their system with a DisplayPort output, to utilize G-Sync. So, if you’re willing to shell out some cash for a significantly better experience while playing your favorite games, here are the 10 best G-Sync monitors you can buy:

If you’re not interested in all the eye candy that 4K resolution has to offer, you’ll be pleased to get your hands on this 24-inch Full HD gaming monitor with NVIDIA G-Sync support. For starters, it has a 144Hz refresh rate that’s capable of being overclocked to 180Hz, which is nothing short of impressive to say the least. Well, you might not get excellent viewing angles on this monitor, since Acer uses an TN panel in this model. 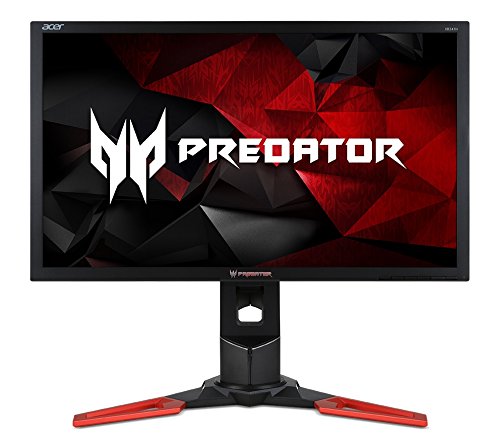 Thanks to the usage of this TN panel, the monitor has an industry standard response time of 1ms which makes a significant different in fast-paced games. Lastly, for a price tag of just under 400 bucks, this is one of the most affordable G-Sync monitors you can currently buy.

There’s no question regarding the reputation of the Alienware brand when it comes to gaming. Owned by Dell, we’ve no doubts regarding the quality of this 24.5-inch Full HD gaming monitor with NVIDIA G-Sync support. Well, to start things of, this monitor has a lightning-fast 240Hz refresh rate which is exceptional for a G-Sync monitor in its price bracket. 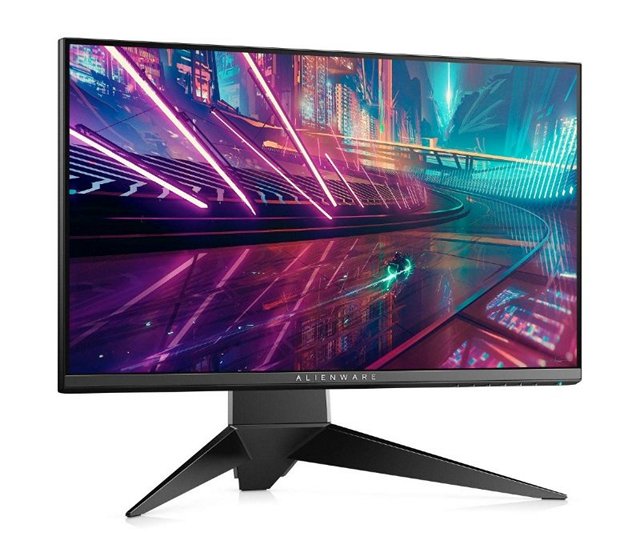 Coupled with a 1ms response time, this Alienware 25-inch monitor is capable of flexing its muscles in the eSports arena where every frame and split-second matters. This makes a huge difference in fast-paced first-person shooters like Counter Strike: Global Offensive, Battlefield and Call of Duty games. That being said, TN panel is used in this model, which falls short of IPS when it comes to viewing angles and color reproduction.

It’s 2017, so it’s about time you step up the resolution game in your monitors and TVs. Well, if you want to experience the benefits of more pixels on your screen without breaking your bank, you should seriously consider getting your hands on the Dell S2716DG 27-inch gaming monitor with G-Sync support. With a resolution of 2560 x 1440 pixels, you’ll be able to immediately notice crisper details in your games. 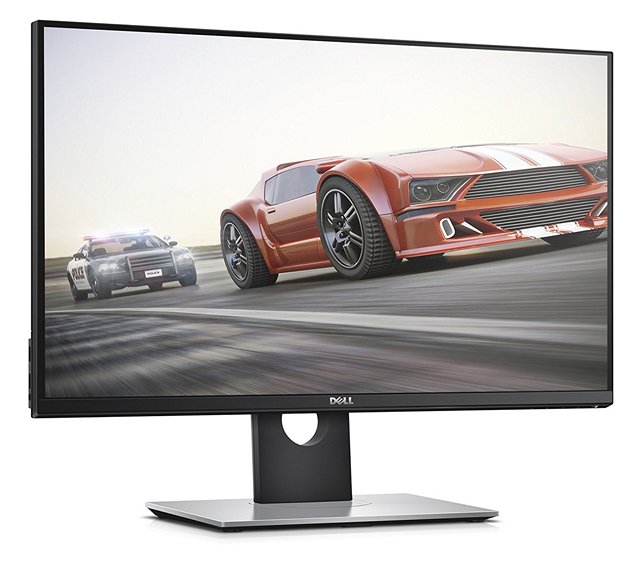 The S2716DG offers a 144Hz refresh rate for flawless gaming experience, so you’re not sacrificing anything by opting for a higher resolution monitor. It also offers a super-fast 1ms response time in Fast mode, for dominating fast-paced shooters. However, you’ll not be impressed with the viewing angle and color production of the TN panel used by Dell here.

When it comes to gaming monitors, you simply cannot ignore Asus’ line-up as they’ve been dominating the market in the last few years. The ROG Swift PG279Q certainly lives up to the brand’s name in terms of what it has to offer. The monitor boasts a 27-inch IPS panel, unlike the other TN panels that are featured in this list, so you can expect significantly better viewing angles and color reproduction. 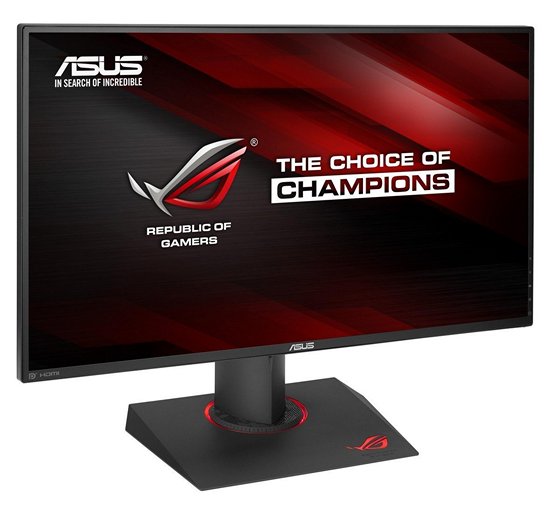 With a resolution of 2560 x 1440 pixels, you’ll surely be overwhelmed with the increased pixel count, especially if you’re coming from a Full HD monitor. The refresh rate of the monitor is rated at 165Hz, which is spectacular considering for a QHD panel. However, it has a lower 4ms response time compared to other monitors, which is the price you’re paying for an IPS panel.

The craze for 4K gaming monitors is pretty much at its peak right now, as almost everyone is trying their best to get rid off their older Full HD and QHD monitors. If you’re planning to upgrade to a G-Sync ready 4K monitor without burning a hole in your pocket, the Acer Predator XB281HK gaming monitor is definitely worth taking a look at. It features a 28-inch TN panel, so don’t expect great viewing angles and color reproduction like an IPS display. 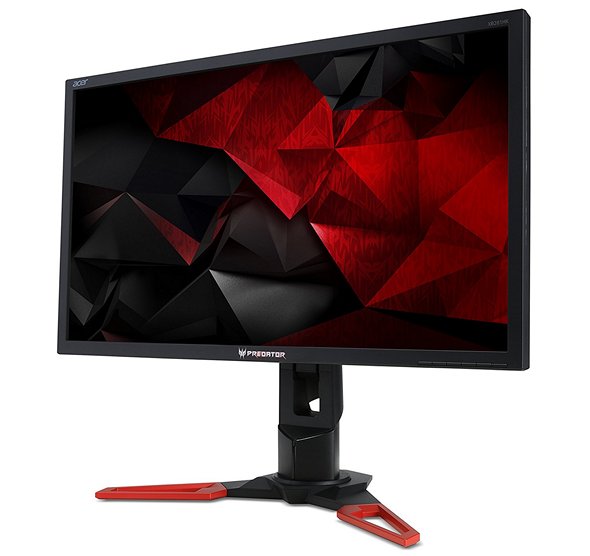 Well, the refresh rate of this monitor is rated at 60Hz which is low for a high-end gaming monitor, but that’s the price you’re paying for the 3840 x 2160 resolution. Atleast until the G-Sync HDR monitors come out, this is the best option you can go for. That being said, it has a fast 1ms response time due to usage of a TN panel. For a $599 limited period price tag, this monitor is worth every penny that you’re paying for.

Next on the list, we’ve got a similar G-Sync ready 4K monitor from the leading manufacturer Asus, and it’s nothing short of impressive to say the least. Unlike the Acer Predator XB281HK monitor that we just discussed, this one features a 27-inch IPS panel, so you can expect better viewing angles and color reproduction for all the eye candy. 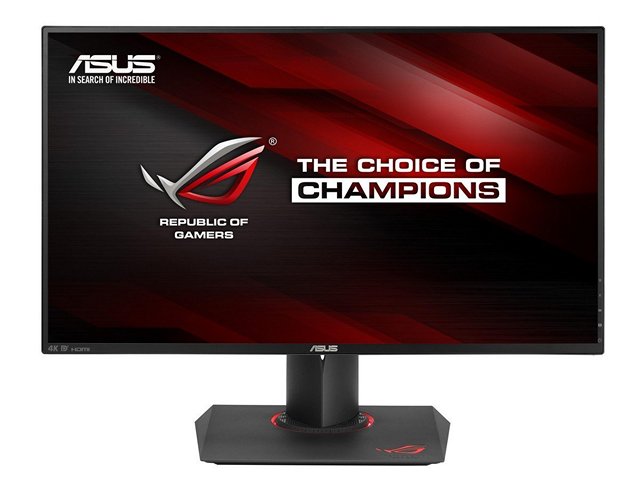 With a resolution of 3840 x 2160 pixels, you’ll be stunned by the sheer visual fidelity in games, especially if you have a beefy graphics card like the NVIDIA GeForce GTX 1080 Ti in order to push out enough frames. That being said, it has a passable 60Hz refresh rate just like the Acer Predator variant. However, due to the usage of an IPS panel, it has a slight lower 4ms response time.

Over the last couple of years, there has been a surge in the craze for Ultra-Wide monitors and it’s completely understandable. It helps a lot when you’re playing online multiplayer games, as you’ll be able to see more side-to-side and spot enemies quicker due to the 21:9 aspect ratio. With a resolution of 2560 x 1080 pixels, the LG 34UC89G offers the same horizontal pixel count as a QHD monitor and vertical pixel count as a Full HD monitor. 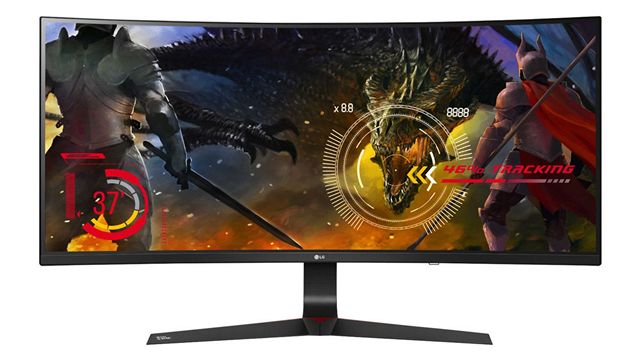 Thanks to the 34-inch curved IPS panel, you can experience better viewing angles and color reproduction in comparison to any TN panel. The standout feature of this monitor is its super-fast 144Hz refresh rate that can be further overclocked to 166Hz for buttery smooth gameplay. However, the response time is pretty average at 5ms, but that’s due to the usage of an IPS panel.

This is probably one of the best gaming monitors that you can currently buy, as it strikes the perfect balance between resolution and refresh rate. With a resolution of 3440 x 1440 pixels, the ROG Swift PG348Q sits right between QHD and 4K panels in terms of sheer pixel count. It features a 34-inch curved IPS panel just like the LG counterpart, so expect better color reproduction and viewing angles in comparison to the TN panels. 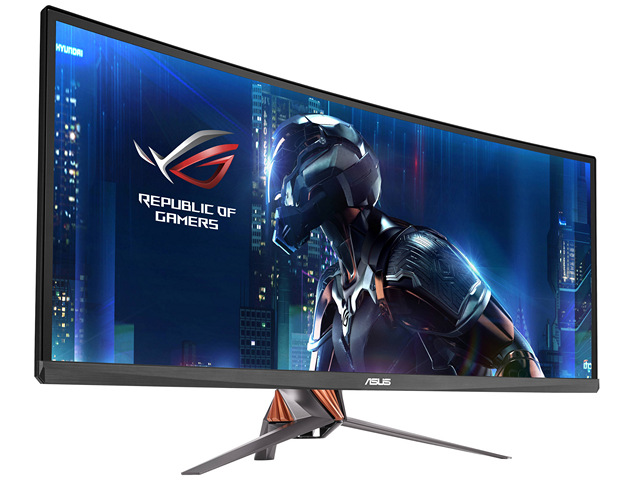 Although the PG348Q has a default refresh rate of 60Hz, it can be easily overclocked to 100Hz as per the manufacturer’s claims to a buttery smooth gaming experience. However, you’ll have to settle down with the 5ms response time, but that’s the price you’re paying for an IPS panel.

High Dynamic Range (HDR) is a feature that we’ve seen on high-end TVs recently. It significantly improves the contrast and provides the user with a wider range of colors for all the eye candy. Well, HDR is making its way to gaming monitors to take the experience to a whole new level, thanks to NVIDIA’s new G-Sync HDR technology. The Acer Predator can be considered as the pinnacle of monitors as it features a 27-inch Quantum-dot 4K IPS panel for the sheer visual fidelity and true-to-life colors while playing your favorite games. 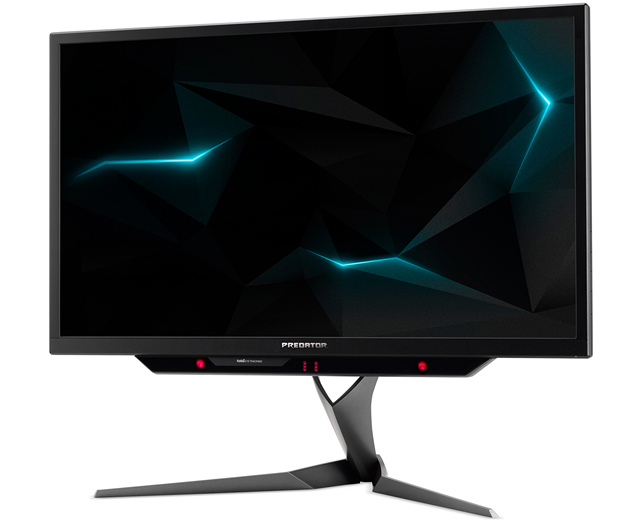 The X27 boasts a lightning-fast 144Hz refresh rate, which is a first for any 4K gaming monitor. Thanks to the usage of Quantum dot technology, Acer was able to implement a maximum response time of 1ms in these IPS panels. Additionally, it features Tobii eye tracking, which lets you control various supported games with just your eyes.

Last on the list, we’ve got yet another G-Sync HDR monitor that was announced alongside the Predator X27 by NVIDIA back at CES 2017. In comparison to the X27, this monitor is nearly the same in terms of hardware, so your choice basically boils down to design and brand preference. That being said, the ROG Swift PG27UQ features a 27-inch Quantum-dot 4K IPS panel just like the Predator X27. 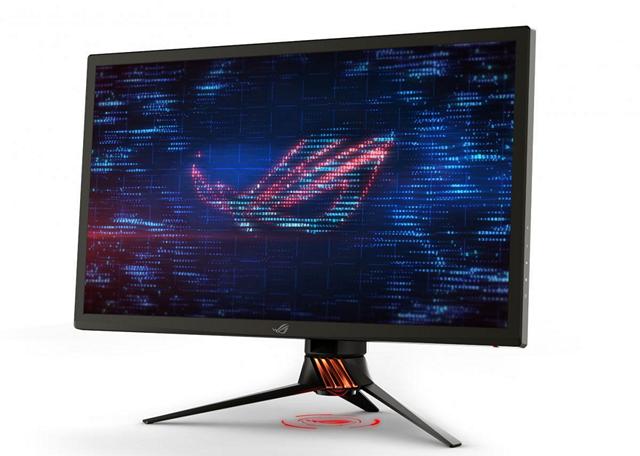 As a result of the Quantum-dot technology, the PG27UQ is able to cover 125% of the sRGB color gamut, which is exceptional for a gaming monitor. It features a blistering fast 144Hz refresh rate for a flawless gaming experience. That being said, Asus has not revealed the response time of this monitor, but we expect it to be similar to the X27. The company has also been mum on the pricing and official availability so far, but don’t expect it to cost less than a grand.

The Best G-Sync Monitors You Can Buy

If you have a relatively new NVIDIA GeForce GTX graphics card and you want the best possible gaming experience out of your system, you should certainly consider buying a NVIDIA G-Sync ready monitor rather than a conventional monitor. Well, it makes a significant difference when it comes to overall performance, as all your gaming sessions will be free of screen-tearing and stuttering due to this technology. So, which one of these NVIDIA G-Sync monitors are you planning to go for, and why? Do let us know, by shooting your valuable opinions in the comments section down below.