PC gaming is definitely the Master Race in gaming, and Steam is the uncrowned king of the games’ marketplace. However, not everytime you want to spend a lot of cash on new games, especially with the $60 price tag becoming kind of standard across all titles. Well, did you know that Steam has a “Free-to-play” section as well, and is home to hundreds of quality yet free games? Well, it can be hard to choose which one to go with, so here we are to your rescue. We’ve curated a list of 15 best free Steam games that you should definitely try out. So, let’s get started: 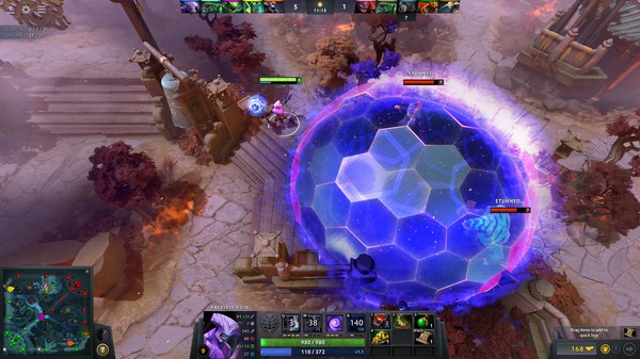 One of the most famous multiplayer eSports titles out there, Dota is a title known to probably everyone. Dota is played by millions of people, both casually and professionally. The game features hundreds of heroes to choose from, each with unique skills. The objective is fairly simple – lead your troops to battle and capture your opponent’s base known as ancient. However, it is the versatility and the depths of the game that make it so popular. The game is played out between two teams of five players each on a huge map, where items like gold are scattered throughout. The gameplay can be intense and grueling, and there is a need to win thanks to the countless items that can be procured. 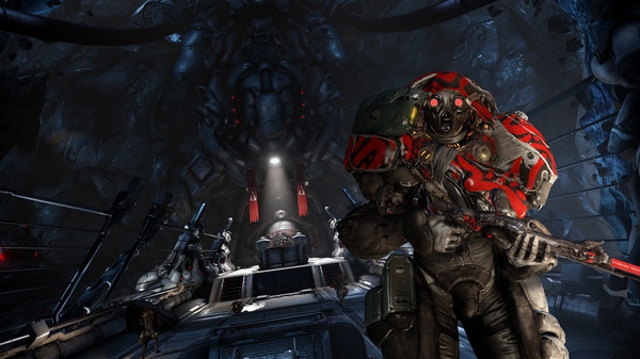 This game is another famous Steam free to play game. Warframe lets you play as a robot space ninja, and for most, hearing that is enough to play this game but the game is quite entertaining too. Warframe is a third-person co-op game with plenty of abilities at the player’s disposal. Each robot suit gives you special abilities and weapons to use, and kill the aliens. The game shines in its multiplayer mode but also has a storyline; although it may seem repetitive. The main purpose of the game is to kill everything. Pair that with a robotic suit, other players, and a space setting, and you get an amazing time-killer of a game. 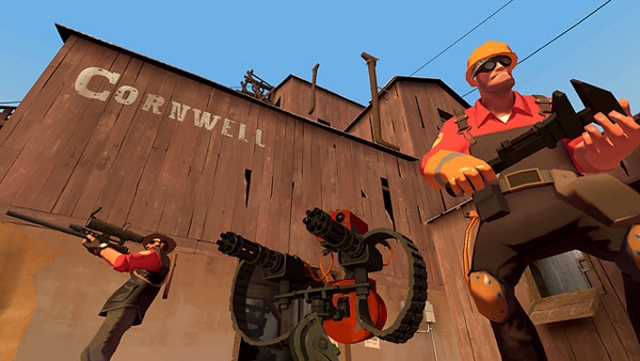 Team Fortress 2 is another well known freemium game. It is a team-based shooter with fun visuals and a crisp gameplay. The game, although being a decade old, still fares pretty well, and is a must play in our opinion. The game offers different modes with a simple objective, but the road to that destination is a tough one. Two teams of players are pitted against each other, each donning different characters from the nine playable classes. The game is fast-paced, and calls for quick reflexes to fend off the enemy as the whole pace of the battle can shift within seconds, and with each move having a counter move, the game can be quite tense despite the fun costumes and visuals. 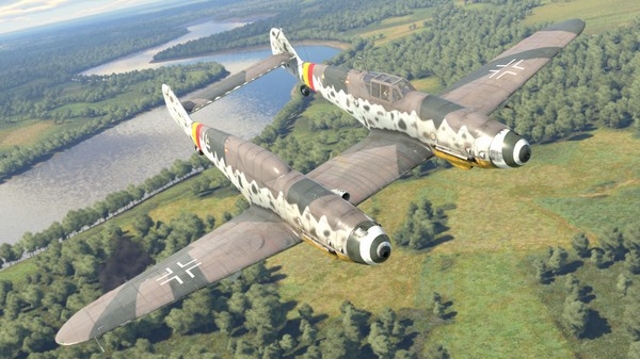 War Thunder takes you to World War II without the grueling fast-paced first-person shooter approach. This game is an online war simulator that strikes the perfect balance between an arcade and a military based game. War Thunder offers several different vehicles to choose from, ranging from sky based vehicles to sea-based ones. The game requires the players to carefully position their vehicles with a proper strategy to conquer the enemy. And if the scenario is too real for you, the game can also be tuned to be less or more realistic. 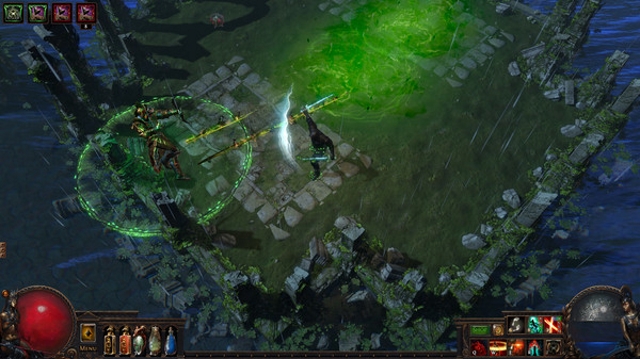 Path of Exile is an Action RPG like Diablo III, but unlike many others of its kind, Path of Exile plays out in a darker atmosphere. The game offers gorgeous graphics, in line with some AAA games, to go with its gameplay. The game is set in a dumping ground for criminals, where you may choose your character from one of the seven prisoners. The game has plenty of quests and a dense amount of loot. Like other games of its kind, your character has several abilities, and you are required to match abilities to their corresponding color sockets to use them. The overall grim atmosphere, voice acting, and the loot make this game a must play. 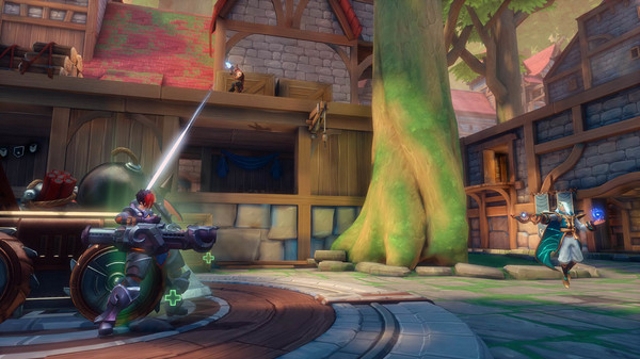 Paladins is an amazing team shooter game, resembling the famous game Overwatch. It is a team based 5v5 shooter game, with unique abilities and gameplay. The game offers some MOBA traits as well, with each character having its own abilities. The game’s objective is to obtain 4 points and capturing the opponent’s fortress, which may sound like easy to win, but it’s not an easy task. The game offers a simple card system from which users can upgrade their heroes of different categories – four to be exact: Front Line, Damage, Support, and Flank. The game has simple maps and vivid visuals which make the clashes more enjoyable. 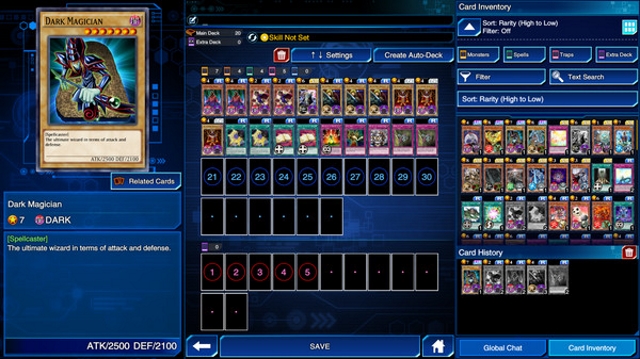 Yu-Gi-Oh Duel Links is a card game based on the famous TV series. In Duel World, any location transforms into a Duel Field where heated Duels unfold. The game boasts of a star-studded lineup which includes Yugi, Kaiba, Joey, Mai and more, and offers signature monsters with stunning 3D animations. The objective of the game is quite simple – build your ultimate Deck and aim for the top. If card games are your thing and you enjoyed the Yu-Gi-Oh series, then this game is a must for you! 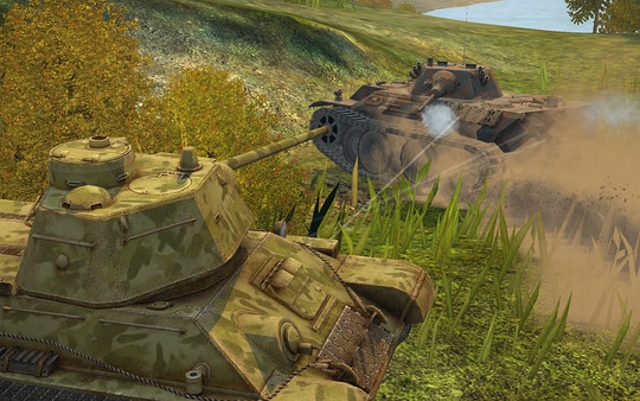 World of Tanks Blitz is the Free-to-Play PvP hit that puts commanders against each other in 7-vs-7 tank combat, with over 200 unique vehicles to master from Germany, Japan, France, the UK, USA, USSR, and China. Choose your tank, upgrade your vehicle, and battle on over a dozen maps. World of Tanks is one of the largest multiplayer games out there, and best of all, it is available for free on Steam. So go ahead and join up with your friends in a Platoon to reap in-game bonuses and rewards, and complete Battle Missions to truly test your skills. 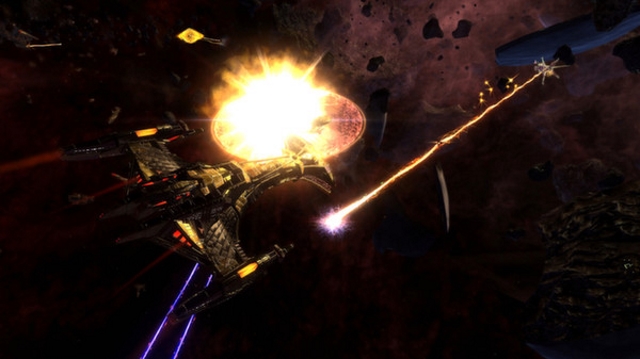 While there only a few games that have been able to perfect a video game and film relationship, Star Trek Online is luckily one of those. The game gifts you with a crew and a Federation starship and sets you free to sail the stars in true Trekkie fashion. The game has microtransactions available should you want to speed up the leveling/resource gathering process, but the game is consistently generous with its free content, especially to new players looking to see their very own final frontier. It’s also set within ongoing Star Trek canon, taking place roughly three decades after the events of Star Trek Nemesis. 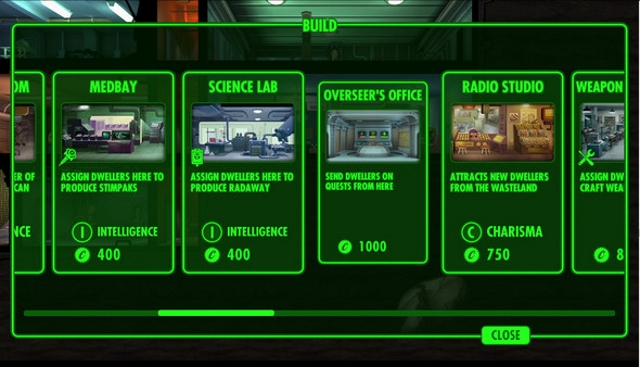 Fallout is one of the best-selling game franchises from Bethesda, and Fallout Shelter, well, offers a simple experience, all for free. Fallout Shelter puts you in control of a state-of-the-art underground Vault from Vault-Tec. Your task is to build the perfect Vault, keep your Dwellers happy, and protect them from the dangers of the Wasteland. You can turn worthless junk into useful items with Crafting, and get to know your Dwellers and lead them to happiness. It truly emphasizes the game’s main motto – “Create a brighter future…underground!” 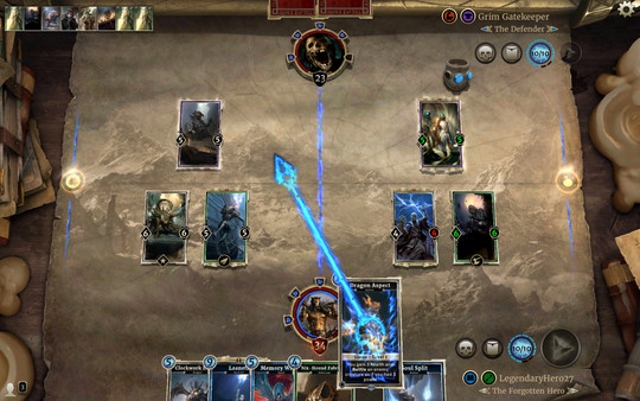 The Elder Scrolls is another great franchise from Bethesda, but the Legends is a different take at the series. The Elder Scrolls: Legends is a new strategy card game based on the world and lore of the award-winning Elder Scrolls series. In the game, you journey into the strange and unfamiliar lands of Vvardenfell and collect more than 140 new cards that capture the essence of The Elder Scrolls III: Morrowind and its Elder Scrolls: Online prequel. What’s more is that you can upgrade certain cards in Legends by winning games with decks that contain them. Level up your cards to improve your decks, give you more flexibility, and tailor them to your play style. 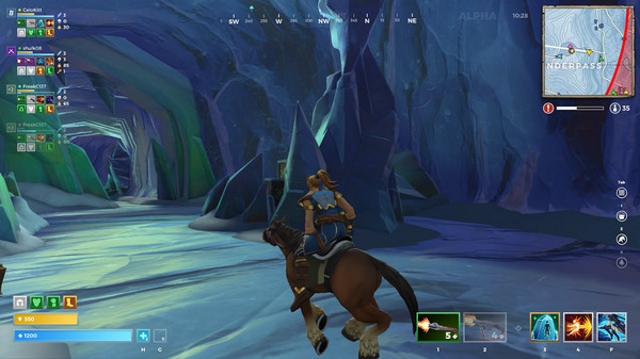 Battle Royale is everywhere, and Realm Royale is here to quench your thirst for the BR genre games. In Realm Royale, you choose a class, then loot deadly weapons and powerful abilities to create your own Champion. The game allows you to explore a fantasy world from horseback, and craft game-changing legendary gear. Oh, and let’s not forget, that there is always the 100-player matchup, so you have cast spells and thrive your way to be the last man standing, in this medieval set-up battle royale game. 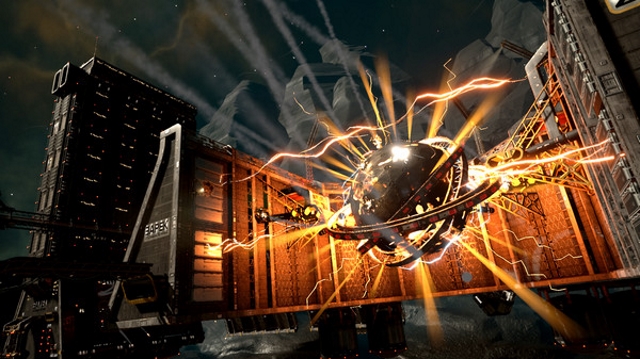 Fracture Space may be listed as a MOBA-style 5v5 affair, but it is much more than that. The game puts you in control of a powerful frigate as your hurtle across the stars and attempt to destroy your opponent’s base before your own suffers the same fate. You can customize your ship and crew, as well as hotkeying weapons and abilities so you can combine the best ships for the task ahead. It skips the classic MOBA gameplay and introduces a different and unique form of gameplay, something that has heavily contributed to its huge success. 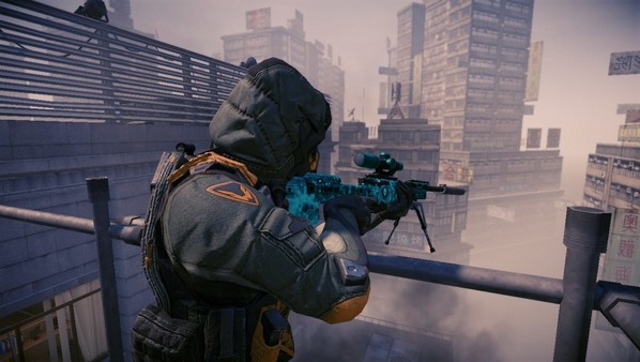 Warface: Blackout is a free game from Crytek Kiev which offers a robust little FPS that can be just as exciting and enjoyable as many other entries in the bullet-ridden genre. The game offers four classes to choose from, with weapons, gear, attachments and specific skills tied to each one. Having the right balance of classes in your squad adds a more Battlefield-style teamwork ethic, especially when engineers can repair armor and snipers can pull off game-changing one-shot kills. Also, the game lets you spend in-game currency on a rental system that lets you test out guns and gear before investing time and cash into your own version. 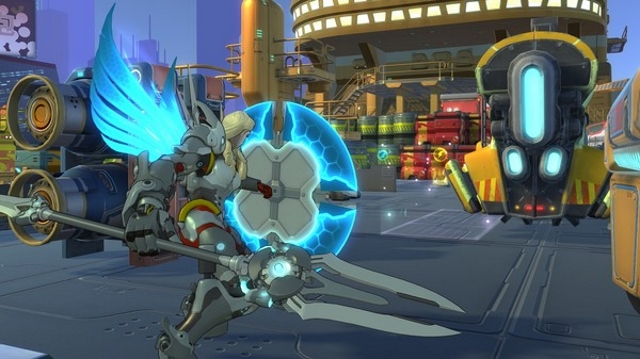 Atlas Reactor is a team strategy game, which borrows queues from a turn-based system – but with a twist. Instead of the usual turn by turn play, the developers decided that everyone can go at the same time, making for a fast-paced game, which requires a little bit of luck. Each player chooses an action such as firing at a position, ducking, changing position, and once all the players have chosen an action, hell breaks loose, as all the actions are carried out. This way, your old position could be under hellfire while your new one is safe. Or, as you move to a place, you are shot by a predetermined move. This gameplay makes Atlas Reactor extremely fun.

The Best Free Games on Steam You Should Play

So, if you are tired of paying a high price for most of your games then it’s definitely time for you to try out some of the above “Free to play” games on Steam. These games are fun and some of them are even totally free. And it never hurts to try a free game, does it? So, try them out and let us know your favorite free Steam game in the comments section below.