Just after its release in February, Valheim has sold five million copies and has become one of the most-played games on Steam. Clearly, the game is reaching new heights due to its outstanding gameplay and background music. We have already written a detailed guide on how to set up a Valheim dedicated server, in case your teammates want to make progress anytime they want. Apart from that, we have also curated a list of games like Valheim if you can’t get enough of this genre. And in this article, we bring you a list of the best Discord servers for Valheim. So without further ado, let’s jump to the list.

Here, we have mentioned the top 5 Valheim servers on Discord. You can expand the table below and take a glance at the server names. And you can click on the links to read about a particular Discord server right away.

Valheim Community is one of the best Valheim Discord servers that host more than 19k members. The best part about this server is that it has supportive staff and has a non-toxic community. Just like other Discord servers, on Valheim Community, you can meet friends, share game snippets, promote your own server, and do much more. 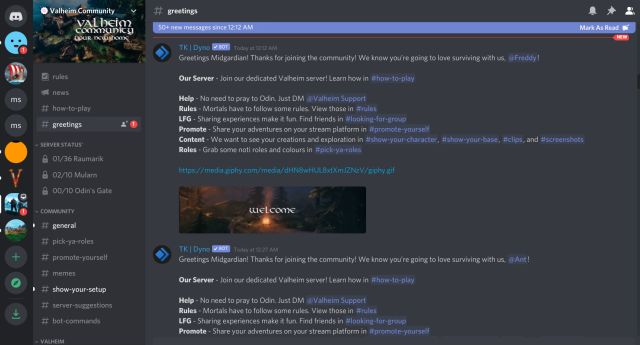 Not to mention, the server is well maintained, and you will come across many like-minded individuals here. To sum up, if you are looking for a dedicated Discord server for Valheim, then Valheim Community is a solid choice.

Valheim is the official Discord server for this open-world survival game with more than 164k members. It is one of the largest Valheim communities out there. You can discuss the game, report any bug to the moderators, share your fanart, have fun with memes and clips, and more on this server. Basically, you get everything in a server to have a fun-filled experience while collecting resources or building your base. 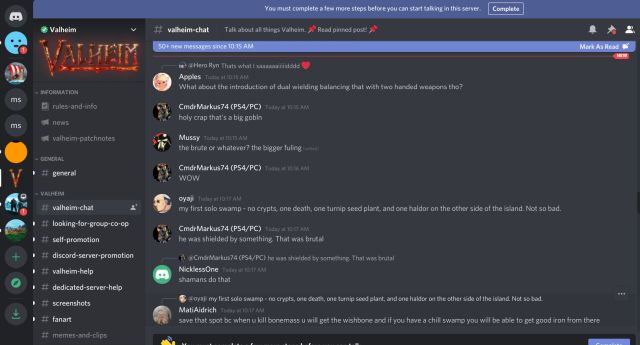 What I particularly like about this server is that it’s largely non-toxic, even with such a large member count. The rules are strict, and you must follow them if you want to remain on the server. All in all, Valheim is an excellent Discord server, and you should definitely join it.

3. Army of the North

If you are looking for the best Discord server for Valheim in terms of support, then Army of the North would be my recommendation. The members are super-chill and ready to help you out with anything. The community size is currently modest, but it’s growing and will become bigger over time. 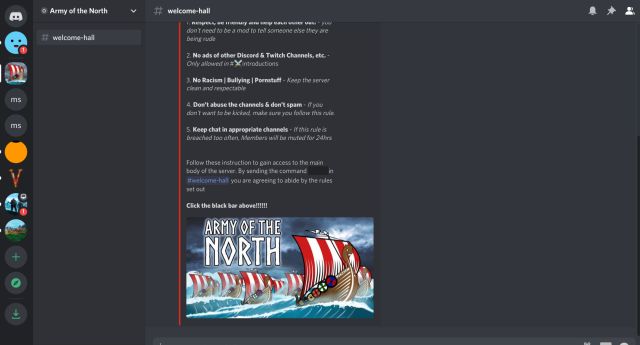 Not to mention, the Army of the North server has some strict rules and does not allow racism, bullying, and promotion of Twitch or other Discord channels. So if you want to make new friends while playing Valheim, this is among one of the best Discord servers out there.

Join Army of the North

Daddy is one of the most popular multi-game Discord servers. We already crowned it as one of the best Discord servers for Among Us. And well, you can find Valheim players on this server as well. It is not a dedicated server for Valheim, but hosts channels for Valheim, Among Us, Valorant, COD, League, and Genshin Impact. Within the dedicated Valheim channel, you can find players to enjoy Valheim with all the tools and nifty features. It’s also a huge community and hosts around 237k members. 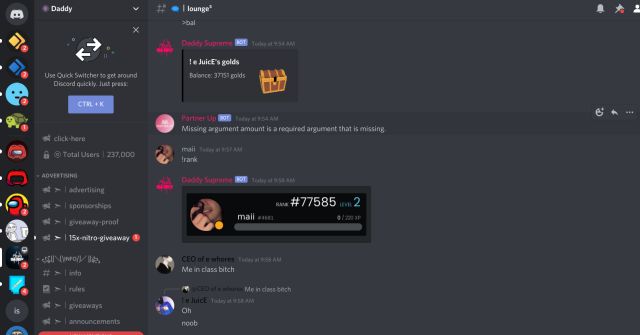 And just like other servers, you have voice calls, a supportive staff, and more. What is unique about this server is that you can watch anime on this server and make new friends in the process. There is also support for private groups which you can create with your closest friends. Overall, Daddy is one of the most fun Discord servers for Valheim, and I am sure you will love it there.

Last but not least, Valheim Global is a budding Discord server for Valheim players. As the name tells, it’s a global server and helps you connect with players from all around the world. Granted, the community is pretty small right now, but it’s growing and can be a fun place to discuss all things Valheim. 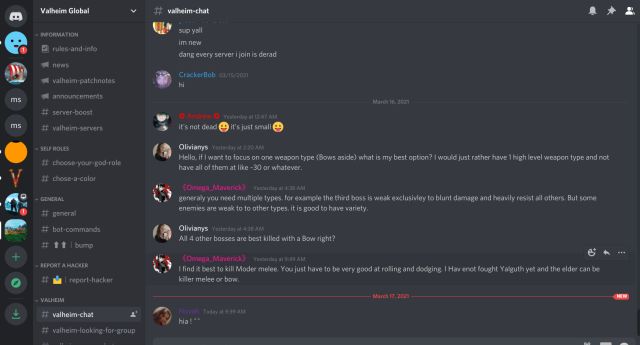 The good thing is that Valheim Global is adding interactive tools and features to better your experience on this server. To conclude, if you are looking for a small yet dedicated server for Valheim, you can give a shot at Valheim Global.

So these are some of the best Discord servers that you can join if you are interested in Valheim. If you’re looking for a supportive community, then Valheim Community is an excellent choice. Other than that, you have Valheim, the official Discord server, to find Viking friends who would like to build a kingdom and invite others to check it out.

Anyway, that is all from us. If you are looking for the best Discord servers for Minecraft, then follow our linked article. And if you have any questions, let us know in the comment section below.