Open-world adventure RPGs can be a lot of fun. Valheim is one of the latest additions to the genre, gaining a lot of fans and players. If you’re one of the people who have been spending time inside Valheim, or just a gamer trying to find other open-world survival RPG games and similar titles we have you covered. Here are 12 games like Valheim that you can play right now.

Valheim’s charm lies in the detailed mechanics and tasteful aesthetics blended with the Norse mythology. These are things that have existed individually in many games, but rarely come together in one game the way they do in Valheim.

Still, in our attempt to find games that are similar in one or more ways to Valheim, we came across a lot of promising RPGs and open-world games. Since every one has a different taste in games, and your hopes of ‘Valheim alternatives’ may be different from mine, make sure you go through this entire list.

You can also jump to any game description that you want by using the table of contents below.

Don’t Starve Together is the co-op version of the immensely popular game Don’t Starve which I have spent hundreds of hours playing. As fun as Don’t Starve was, this multiplayer edition makes the game a lot more interesting. You can play with friends, or join strangers online in your quest to survive within the game. Plus, if you’d rather go it alone, you can do that as well… although survival will be very difficult. 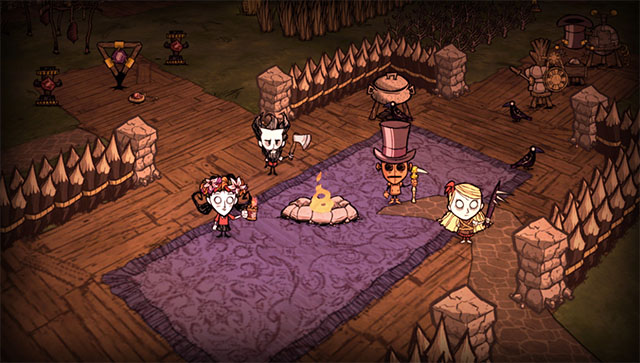 Just like Valheim, you an build a base of sorts in the game, gather food and resources, and explore the area you’re in, all while ensuring you don’t get killed by creatures in the night.

Niffelheim not only sounds similar to Valheim, it’s also the story of a Viking soldier killed in battle. However, here you’re stuck in Niffelheim. The game isn’t exactly an open-world title like Valheim is, but it offers a similar, survival oriented experience. You can gather resources from slain enemies, and use them to craft weapons, and you also have to collect pieces of the portal to Asgard, the place you were supposed to go to after your heroic fall in battle. 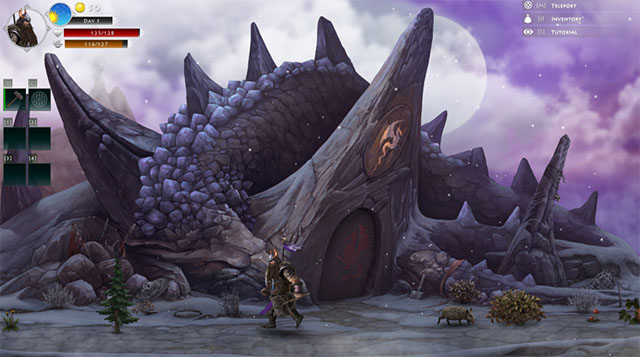 Conan Exiles isn’t a new game by any means, but it is a very popular one. It’s a multiplayer survival, open-world game. Similar to Valheim, you can play with friends, gather resources and build your base to protect yourself from the elements. You can also play with strangers online, join clans and dominate the Exiled Lands. 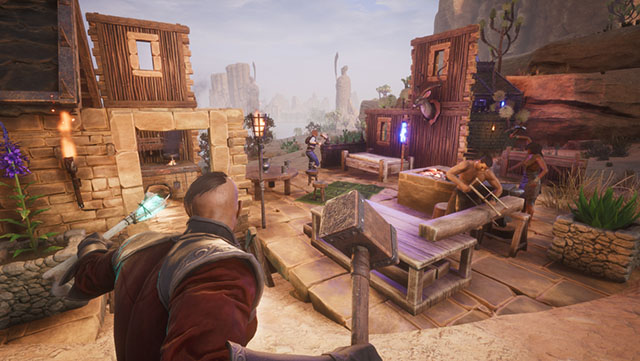 The game offers a lot of Valheim-like experiences, so if you have finished with that game, you can jump into Conan Exiles and feel right at home in this new world.

Another open-world RPG game that you can check out is Outward. In this game, you explore the lands of Aurai. However, the game isn’t just about exploring; it’s a truly survival-oriented game. You have to ensure you can protect yourself from the predators in the wilds, while also making sure you have shelter, food and water and more. Just like Valheim, you can go it alone in the game, but it’s going to be more fun if you get a few friends to join-in and co-operate together. 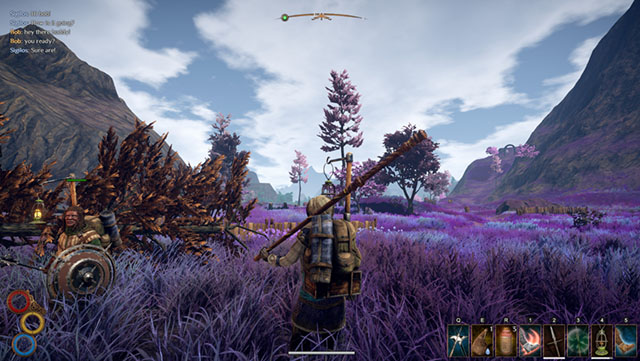 Outward is a fun Valheim alternative you should definitely give a try.

This one isn’t similar to Valheim as far as the setting and the overall theme of the game is concerned, however it brings similar elements of survival and adventure. If you’ve ever seen the movie Honey I Shrunk the Kids, this is a game that will kinda feel like a video game adaptation of it. 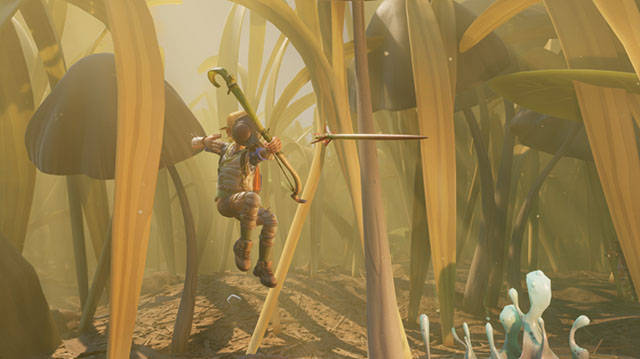 In Grounded, you’re shrunk down to the size of an ant in a backyard. You have to explore, build, and survive, just like Valheim, and defend yourself against insects. Also like Valheim, you can play the game as a single player, or team up with friends to co-operatively survive.

DYSMANTLE is a post-apocalyptic survival game where you’re the only human alive in a world dominated by nasty and vile creatures. You can explore the open world, defeat monsters and claim areas to build your base, craft weapons, armor, and trinkets, and more. 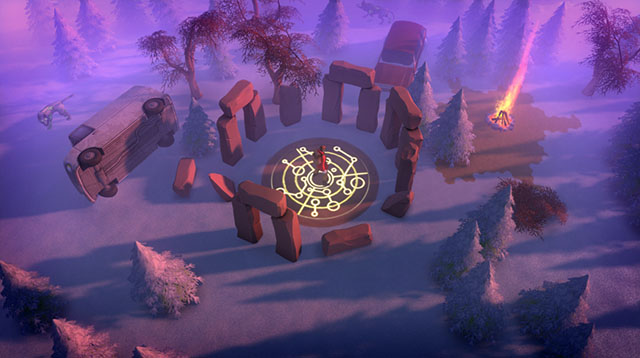 The game allows you to break 99% of all objects in the world, as long as you have the right tools, and collect materials to increase your odds of survival. There’s also an interesting story in the game and your ultimate goal is to escape the island.

Another game like Valheim that I want to recommend is Rust. In Rust, your sole aim is to survive. You will have to stave off hunger, thirst and cold. You can kill animals, build your base, just like Valheim, and you can even create alliances with other players for a better chance of survival. 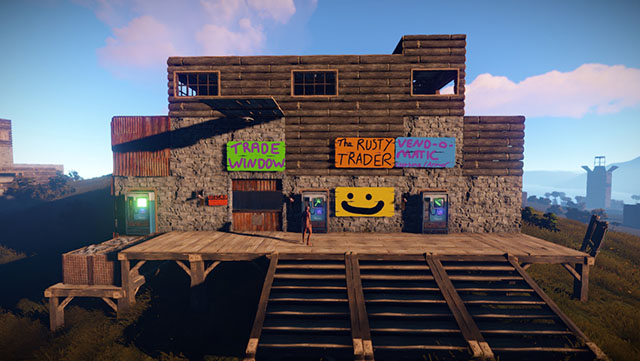 Rust throws you face first into the game, and it’s up to you to survive however you can. You will also have to ensure your survival not only against the elements, but also other players who can kill you and steal your supplies.

Did you say you liked zombies? The Infected is like Valheim but with those wretched post apocalyptic creatures. The game features character hunger, thirst, and body temperature mechanics for a truly survivalist experience. You can explore the map, gather materials and resources to build your base and craft items, all of which is just there to ensure your survival. 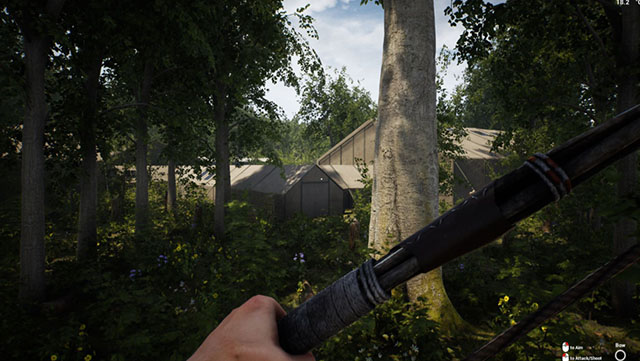 The game also features a solid weather cycle and seasons, and you’ll have to ensure you’re well equipped to survive through a rough winter or a scorching summer sun. All in all, if you want Valheim with zombies (or Vambies, as the game calls them), The Infected is something you should take a look at.

Terraria is one of the best survival sandbox games out there, and even though it looks nothing like Valheim, it has features that are very similar to those found in Valheim. For example, you can journey to different worlds to mine and gather resources axnd then return back to your own server. The game also features Valheim’s merchant-like NPC from whom you can buy items. 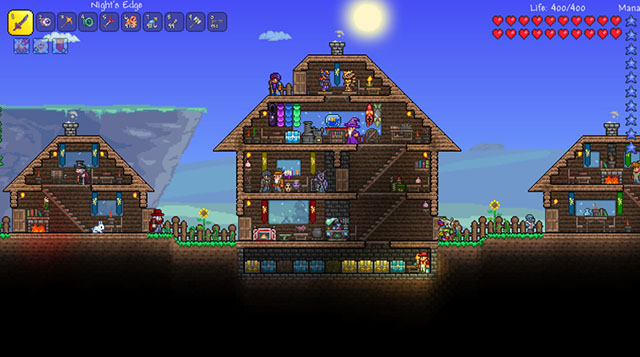 Another similarity between Terraria and Valheim is the raids. In this game, mobs can descend upon your base, which adds a layer of real danger into the gameplay. Overall, Terraria is a solid survival game for people who loved Valheim.

The Long Dark is a game where you’re a pilot who has crash landed in the Canadian wilderness after a mysterious flash of light. There’s a story mode in the game for anyone who wishes to explore the entire, gripping story of the title. However, for survival lovers, the game brings a sandbox experience as well. 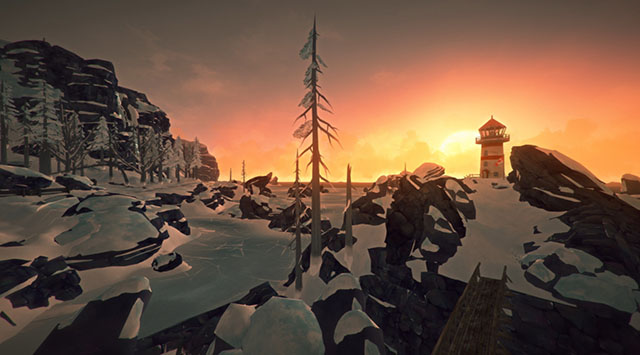 To make things even more interesting, the Long Dark uses the concept of Permadeath, so if you die in the game, your save files are deleted. Every decision you make matters and can be the difference between life and death. You can craft tools, and gather resources to protect yourself from hunger, thirst, and the unforgiving cold of Northern Canada.

In ‘The Forest’, you are the lone survivor of a jet crash. You find yourself in a forest that’s full of cannibals. The game features survival mechanics similar to Valheim. You will have to gather resources and build shelters, just like in Valheim. You will also have to craft tools and weapons to defend yourself against the cannibals and survive in the forest. 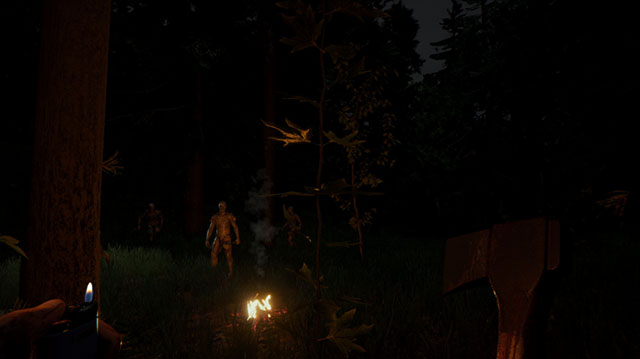 The game also allows you to play aggressively if you like, or take a stealthy approach to survival. Live and let live, basically.

Assassin’s Creed Valhalla isn’t a survival game, per se, but just like Valheim, it’s a game that revolves around Vikings. In Assassin’s Creed you get an open world that you can explore, just like in Valheim, and you can take on story missions and side missions as per your liking.

Obviously, there’s not really any base building of the kind you’ll find in Valheim, but if you’re looking for more games that offer a dive into the Viking world, Assassin’s Creed Valhalla will not disappoint with its amazing graphics and soundtrack.

So those were the 12 best games like Valheim that I think you should check out if you want to explore survival games with crafting, base building, and other mechanics. Most of the games on this list offer a laundry list of features similar to Valheim’s, including support for solo or co-op play with friends or strangers online, and there are some that are plain solo survival games.

Well, which Valheim alternative game are you going to play? Let us know in the comments.

5 Best Discord Servers for Valheim You Can Join