The concept of wireless charging has been around since the 70s when it was first used to power an electric car. But if there’s one thing that will make the specter of Nikola Tesla proud of his fiddling with the parascience of inductive charging, it would be the use of wireless charging in smartphones.

Samsung and (authentic) Nokia had their own crazy experiments with wireless charging and Powermat even have a working example of what could be the ancestor of the anticipated (and much delayed) Apple Air Power. But it was Apple (and its multimillion-dollar partnerships with Qi-compliant wireless charger manufacturers) that really pushed the idea off the edge. 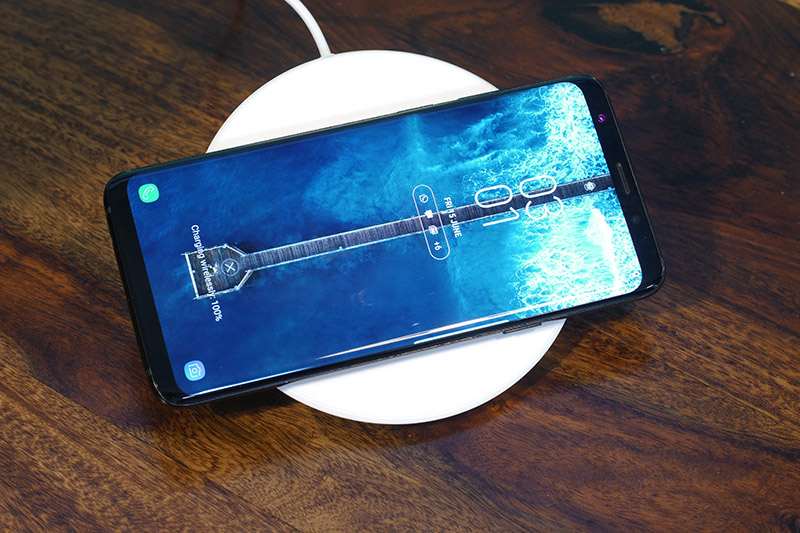 I bet a lot of people who owned a Nexus 4 or a 5 either didn’t know it had wireless charging or didn’t care about it. But as someone who is willing to spend a fortune on an iPhone X, its owners could definitely like the posh feeling of charging their phones without wires. Belkin is one of the companies offering this luxury and its F7U027zbWHT “BOOST↑UP” Wireless charging pad (Rs. 4,729) is a great choice which promises a slightly better charging speed than standard 5W chargers.

The box is pretty straight up and you don’t need to even take a look at any piece of paper to know how it works. But if you have time to spare, you can go ahead and read the manual. 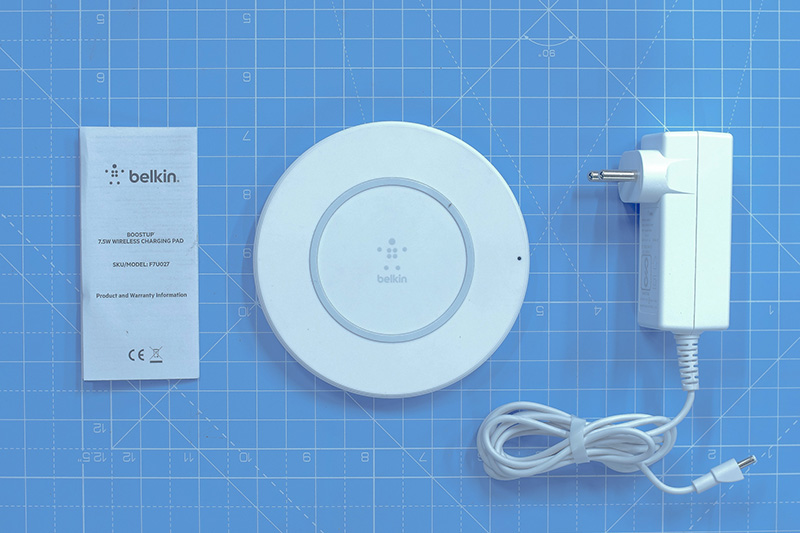 The box contains nothing more than:

Belkin has put in a decent effort to make the wireless charging look classy yet minimal. It is shiny and will definitely attract your attention. There is rubber ring around the main coil to give the smartphone a grip and even prevent it from slipping in case of an accidental nudge. It feels well-built and shouldn’t give in easily if you drop it on the floor – though that’s not we recommend for play, either. 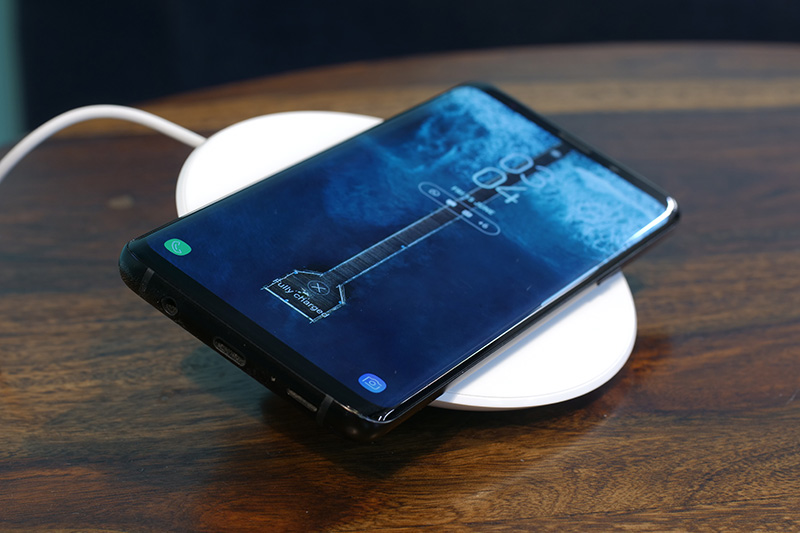 The charger, on the other hand, feels clumsy and people with a rich lineage would puke at its awkward and bendy wires. I really loathe the fact that it uses a cylindrical pin and not a USB end but Belkin has done a slight effort in designing it in a way it plushes into the bottom end. 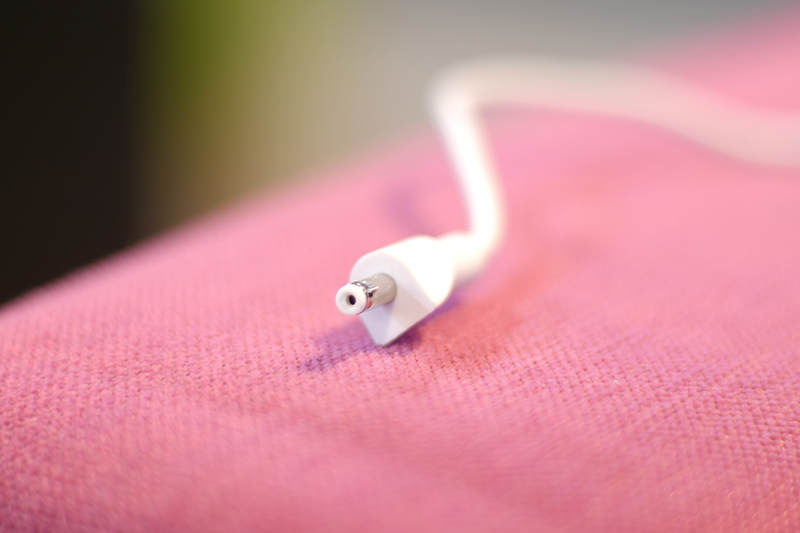 A green LED lights up only when a smartphone is being charged so you don’t have to pick up your phone to check if it actually is. Belkin says that the charger only works when an iPhone is perfectly aligned with it and this is when the green indicator lights up.

Although Belkin markets this for the iPhone X, and iPhone 8 and 8 Plus (must be because of its long-running partnership with Apple), we know that even Samsung Galaxy S9 and S9 Plus are compatible. This is because the Samsung flagships come with up to 10W wireless charging support.

We tested the charger with Galaxy S9 Plus and the iPhone X, charging them from zero to 100%, and noted the battery percentages at different time intervals. The 3,500mAh battery on the Galaxy S9 Plus took 211 minutes (3 hours and 31 minutes) while the 2,716mAh battery on the iPhone X takes lesser time with a total of 188 minutes (3 hours and 8 minutes).

Both devices have nearly the same charging rate – with the S9 Plus being a tad bit faster – but the process slows down when the iPhone X nears the 100% mark. iPhone X takes around 2 hours 30 minutes while using the Belkin 5W wireless charger, which we reviewed recently.

In comparison, using wired charging options supplied in the boxes of the Galaxy S9 Plus and iPhone X, the two smartphones took 1 hour 32 minutes, and nearly 2 hours 30 minutes.

This would be a controversial opinion but I think it is a decent investment for those who want the luxury of going wireless with the liberty of picking up their phones whenever they want. While the 30-minute trade-off does not seem very mighty in the case of the iPhone X, the charging time nearly doubles in case of the Galaxy S9 Plus and that might be slightly discomforting for those who really want to utilize every bit of the seductive smartphone. 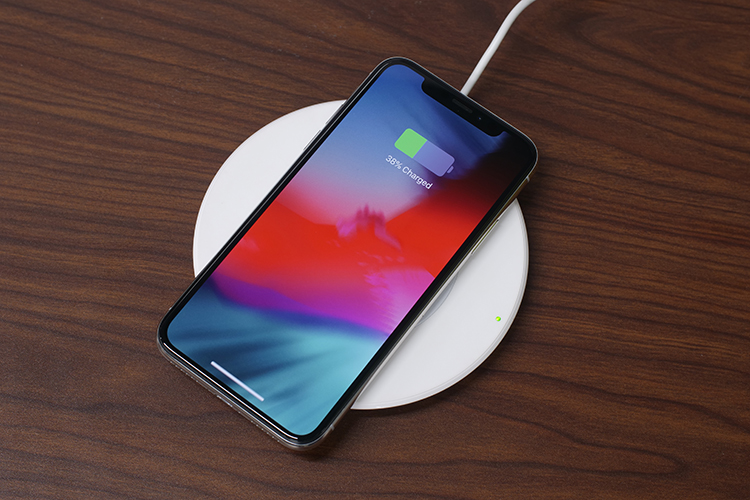 The wireless charger is strictly for indoors and this is something peeves me. Another issue I have with the Belkin charger is its price, as it seems the company is paying a high price for its partnership with Apple. Compared to F8M747bt 5W wireless charging pad by Belkin, this gives a boost of almost an hour.

Belkin sells the wireless charging pad for Rs. 6,349 on Amazon India but you can get it much cheaper i.e. Rs. 4,729 through Amazon’s global store. In contrast, Spigen also offers a wireless charger with Rapid charging support for Rs. 3,299 and is even water-resistant.

So, you should consider buying Belkin wireless charging pad only if Apple’s assurance and 2-year-warranty are what you care about.