Skip to content
Home News Apple Is Working on a MagSafe Battery Pack for iPhone 12: Report 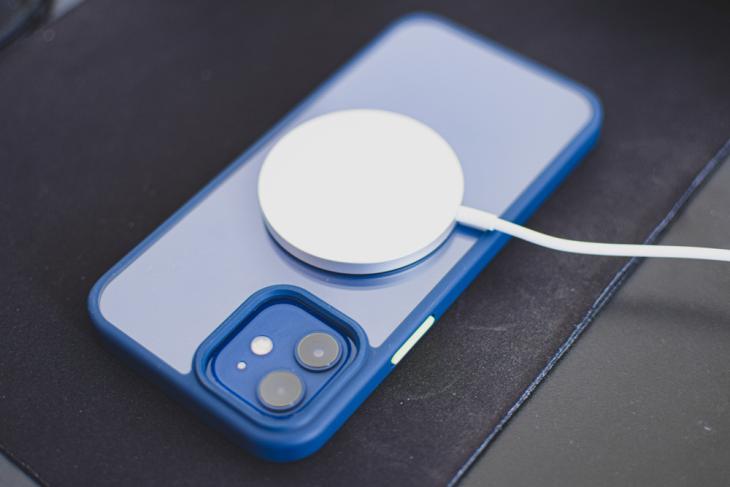 Apple resurrected MagSafe with the launch of the iPhone 12 series earlier last year. It enables users to magnetically stick a wireless charging pad to their iPhone. Apple has also launched a plethora of accessories, including wallets and car mounts, compatible with MagSafe. Now, as per a Bloomberg report (paywalled), the company is developing a MagSafe battery pack for the iPhone 12. It will allow users to wirelessly charge their device on the move.

The report reveals that the MagSafe battery pack has been in development for close to a year. It will simply be a power bank that snaps on the back of your iPhone using the built-in magnets. This won’t be a case like previous-gen battery packs from Apple. The company hasn’t announced it yet because of a simple reason. It doesn’t want to get our hopes up like the AirPower charging mat, which was canceled in 2019, and not unveil the product due to underlying issues.

In addition, a reference to the battery pack was recently spotted in the iOS 14.5 beta 2 by developer Stever Moser. He found an explainer for the said accessory in the source code. It read that the battery pack will enable a ‘Mobile Charge Mode’, presumably via MagSafe to wireless charge your iPhone. It will only be charged up to 90% though for charging efficiency.

New ‘Mobile Charge Mode’ in iOS 14.5 beta 2 for an as-yet-unannounced ‘Battery Pack’ and not a case presumedly because it uses MagSafe for charging iPhone 12 devices. Also interestingly it keeps your iPhone charged to 90% for ‘battery efficiency’. https://t.co/CPZXkBXkEc pic.twitter.com/jHHrrz4Qir

Now, Apple was expected to launch this MagSafe battery pack in the weeks after the iPhone 12 event. The accessory has, however, been delayed due to software issues. It has been reported that iOS shows that the battery pack is overheating even when it is not. The company needs to get past the software hurdles before it can officially launch the MagSafe-compatible battery pack. There is currently no timeline, so stay tuned for more information.