Skip to content
Home News This Apple Watch-like Device from 1988 Could Sell for up to $50,000 in an Auction 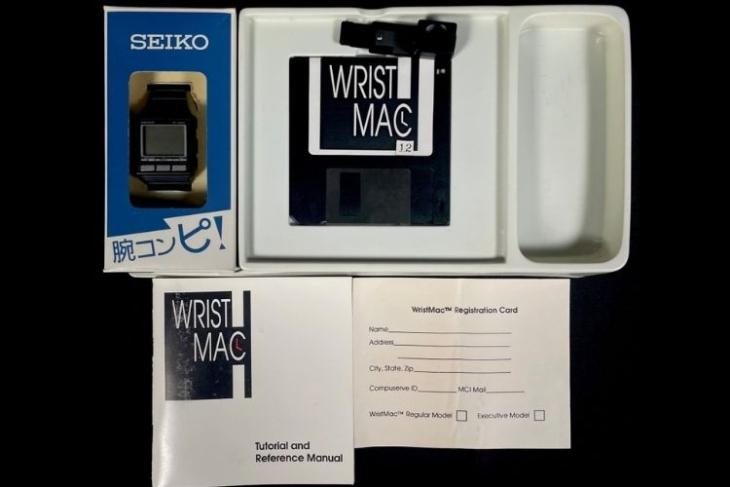 When Apple came up with the Apple Watch, an advanced wrist-based wearable computer, back in 2015, it was hailed as a revolutionary device in the smartwatch industry. It has set new standards for wrist-based wearables. However, did you know that there was an Apple Watch-like device back in 1988 that used to connect to a Macintosh to allow users to send emails? Well, one of these Apple Watch-like wearable devices is now up for auction and is expected to sell at prices between $10,000 (~Rs 7,48,576) and $50,000 (~Rs 37,42,880).

Dubbed as WristMac, the device was manufactured by renowned watchmakers Seiko in collaboration with Ex Machina, Inc. It is primarily a compact, programmable watch that can connect to a Macintosh computer to perform various advanced tasks.

At that time, users could wear one of these on their wrists and were able to set one-time and recurring (daily and weekly) alarms, store telephone numbers, and take notes that can be transferred to a disk as text files. As per ComicConnect, the current auctioneer of the WristMac, astronauts aboard the Atlantis Space Shuttle sent the first email from space with the help of the WristMac.

So, as one can imagine, these functions were deemed as advanced tasks for a computer to handle back in the 1980s. And the fact that the WristMac was able to perform the tasks while being a wristwatch is pretty fascinating.

Hence, ComicConnect states that the device is “an extremely rare and obscure piece of tech history, and an incredible find for collectors, investors, and Apple fans.” The device is currently listed on ComicConnect’s website, and as of writing this article, the current bid stands at $1,050 (~Rs 78,600). However, as the listing will be live for the next 20 days, the price is expected to rise soon.

Moreover, the fact that Apple memorabilia always have higher demands in the auction market suggests that the price of the WristMac could go up to $50,000, which translates to over Rs 37 lakhs.

The auctioneer claims that the WristMac variant (model number 70216) in question is in pristine condition. The model was reportedly sold for less than $50 (~Rs 3,742) during a closing-down sale in a Connecticut Mac warehouse. The original buyer did not open the original packaging of the device, though the box was opened.

You can check out the listing to know more about the device. And if you are an Apple enthusiast, investor, or collector, you can place your bid to acquire the device for your collections from the website itself.