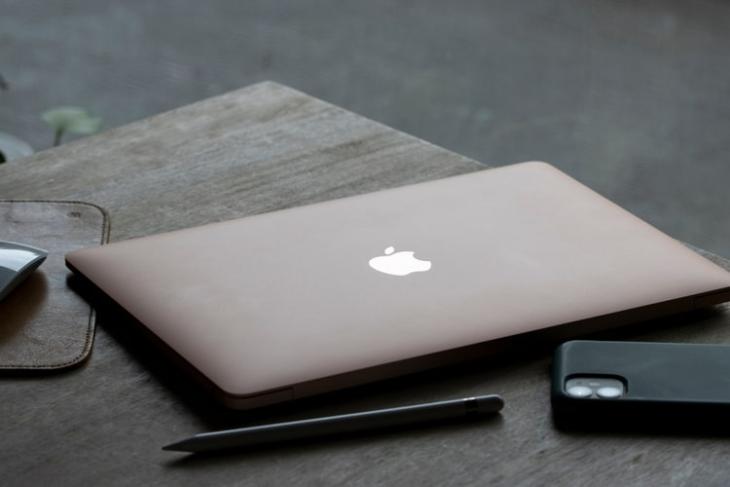 Apple has filed several advanced patents, trying to improve the functionalities of its devices over the past years in some way or the other. Now, a recent patent coming from the Cupertino giant suggests that it is working on developing invisible input areas for the Apple Watch, iPhones, Apple Pencil, and MacBooks to get rid of physical buttons, which is something we hear is Apple’s motive after all. Check out the details below.

The US Patent and Trademark Office (USPTO) recently revealed a patent by Apple titled “Concealable input region for an electronic device” that describes a micro-perforation technology for developing input regions on various Apple devices. These input regions, as per the patent, will be invisible to the naked eye and will seamlessly blend with the corresponding device’s design. However, when needed, these areas could become virtual buttons or notification graphics.

The patent mentions that Apple could use an array of touch-supported micro-perforations on a device’s exterior to develop the concealable input regions. In its concept drawings, the company showed how it could use the technology to replace physical buttons on its devices with such “invisible” interactive regions. You can check out some of the examples in the attached images below.

Apple says that this technology will work with glass, ceramic, and plastic. It could eliminate the need for “large buttons, keys, or other mechanically-actuated structures” like the crown of the Apple Watch or the power button of the iPhone models. On the Apple Pencil, the technology can be used put a flat input region in an easily-accessible position without the need for a protruding physical button.

Now, the technology sounds pretty interesting and also seems similar to the technology that Apple used on its HomePod and HomePod mini. For those unaware, there is an interactive input area on top of the HomePod that lights up when Siri is activated.

This also seems like another Apple idea for losing the physical buttons. It is already rumored to launch a portless iPhone and the 2023 models could also ditch a SIM slot. This patent brings Apple’s vision to other products too. As for the availability of this tech, it is currently hard to say what will happen. It is just a patent as of now and we may or may not see this become an actual product. So, how do you find this patent? Don’t forget to share your thoughts on this in the comments below.