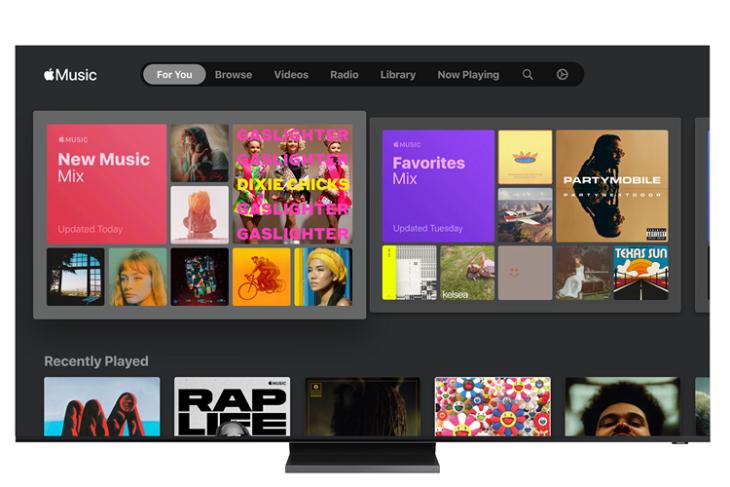 Apple Music is now available on select Samsung TV models launched in 2018 or later. In a press release on Thursday, the company claimed that it is the first TV brand to integrate Apple’s music streaming service on its Smart TV platform. The feature, which has just started rolling out via an update, will enable consumers in more than 100 countries to enjoy Apple Music on their Samsung Smart TVs, the company said.

To make use of the new feature, folks can download the Apple Music app from the Samsung Smart TV App Store, sign in to an existing account with their Apple ID, or begin the subscription process right from their TV. Users without an existing Apple Music subscription are entitled to get the service free for 3 months with an individual, family or student subscription.

Apple Music users on Samsung TVs will have access to all the features of the service, including ‘For You’ playlists, videos and radio stations such as Beats 1, which offers exclusive shows by artists like Frank Ocean, Nicki Minaj, The Weeknd, DJ Khaled and Elton John. Users will also be able to stream the latest ‘At Home With Apple Music’ content, which includes playlists and interviews crafted “to help create a sense of connection and community during this time of distancing”, said Samsung.

It’s worth noting that Samsung was the also the first smart TV manufacturer to offer the new Apple TV app on its televisions in May 2019, marking the first time Apple’s video player was available on a third-party platform. At around the same time, Samsung Smart TVs also gained support for Apple’s AirPlay 2 feature for wirelessly sending audio and video to the TV screen without a set-top box.