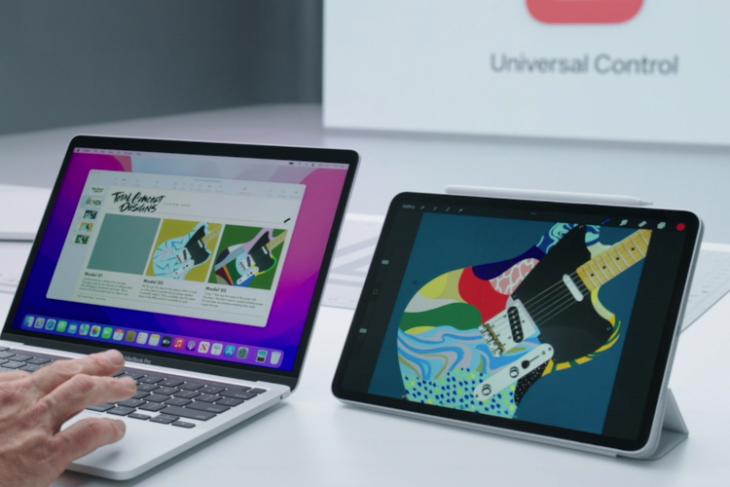 Following its Peek Performance event last week, as promised, Apple has started rolling out the latest software updates for its iPhone and Mac device today, including macOS 12.3, tvOS 15.4, watchOS 8.5, iOS 15.4, and iPadOS 15.4 too. Here’s a look at all the new features that the latest macOS, tvOS, and watchOS versions bring in tow.

Last year, Apple demoed a nifty feature called Universal Control for Macs that lets users connect and control multiple Apple devices simultaneously using the same mouse and keyboard for a true multi-device experience. While the macOS Monterey feature was delayed last year, it has finally started rolling out with macOS 12.3 and iPadOS 15.4 updates.

With this feature, you can connect your iPad with your Mac, and then drag files and folders across these connected devices using a singular trackpad. You can check out our YouTube Shorts to understand how it works. Also, check out our in-depth guide on how to set up and use Universal Control in Macs and iPads right here.

The macOS 12.3 update also brings support for over 40 new emojis, a new voice for Siri, dynamic head-tracking for Spatial Audio for supported devices in the Apple Music app of M1-powered Macs, and a lot more. Furthermore, the macOS 12.3 update brings numerous security updates, including a patch for a vulnerability that allowed apps to “spoof system notifications and UI” to cause phishing attacks, as per 9to5Mac.

Coming to the latest tvOS and watchOS updates, they also bring various new features and changes for Apple TVs and Apple Watch models. So, let’s take a quick look at them below.

Starting with the tvOS 15.4 update, it adds the ability for tvOS devices to connect to networks that require additional sign-in steps, like those in hotel rooms or college hostels. The company also added a new “Up Next” queue to the Apple TV video player that can be viewed from the “Now Playing” screen. Furthermore, Apple added back the “Tap to Navigate” feature to the Physical and Motor options, which was previously removed, and also revamped the Spatial Audio controls in tvOS devices.

The new macOS, tvOS, and watchOS updates are currently rolling out to the masses as OTA updates. So, if you have an Apple device, be it an iPhone, iPad, Apple Watch, or Mac, go to your Settings page and check for the updates to download and install them. Also, let us know your thoughts about the new Universal Control feature in the comments below.

How to Show Battery Percentage on macOS Monterey