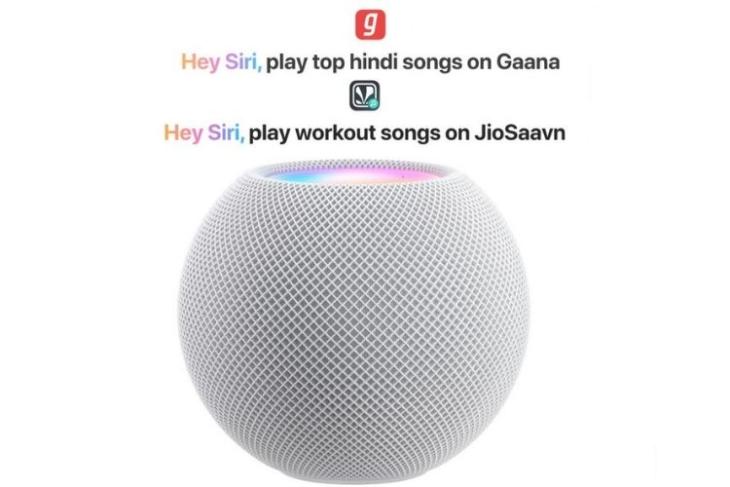 Starting today, HomePod mini users in India can ask Siri to play songs from JioSaavn or Gaana. If you already have an ad-free subscription service for any of these streaming services, I am sure you would be delighted to finally have this feature.

For those unaware, Apple allowed users to only stream music from its own music streaming platform and that is Apple Music. However, while there are millions of songs in Apple Music, the platform does not contain many regional songs.

So, with this change, Indian HomePod mini users will gain the advantage of playing songs of various Indian regional languages as JioSaavn and Gaana have various regional songs to cater to the Indian listeners. JioSaavn has a library of over 60 million songs, including songs from Hindi, English, and regional songs. Gaana, on the other hand, has a library of 45 million tracks, including songs of 25 different Indian languages.

Now, before you start playing songs via JioSaavn or Gaana on your device, it is worth mentioning that you will need to add the services to your HomePod mini. You can do so from the app settings with ease.

How to Reset HomePod mini Easily

How to Connect HomePod to WiFi

How to Update HomePod mini or HomePod

Get Started with your HomePod or HomePod mini