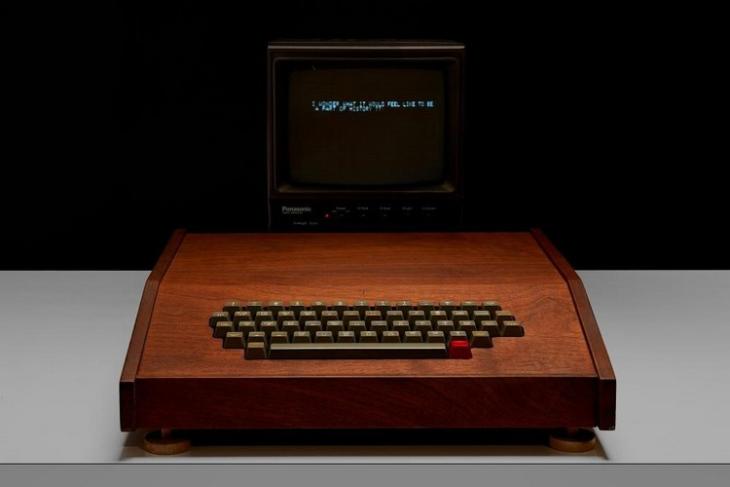 Ever since its inception in 1976, Apple has become a historic company in the tech industry and now has an over $2 trillion market share. As a result, its earlier products, which essentially revolutionized the computer industry, and memorabilia, fetch a ton of dollars in the auctions market. By now, we have seen several Apple products sell for hundreds and thousands of dollars in auctions. Now recently, a rare Apple-1 computer has been sold at $500,000 at a US auction.

The so-called “Chaffey College” Apple-1 device was expected to raise around $600,000 at John Moran auctions. It was then finally sold for $500,000 recently. You can check out the listing for the rare Apple-1 on John Moran Auntioneers’ official website.

Now, why such a high price tag for this particular Apple-1 device? Well, the personal computer in question is not just any Apple device that was made in a factory in China. Instead, it was designed and manufactured by Apple pioneers Steve Wozniak and Steve Jobs. It was one of the 200 computers that Wozniak and Jobs developed during their early days with the help of Patty Jobs (Jobs’ sister) and Daniel Kottke, as per the auctioneers.

However, the element that makes this particular Apple-1 computer special is the Koa wood-based casing in which it comes. Koa wood was abundant in its native land of Hawaii back in the 1970s. However, cattle grazing and extensive logging have depleted most of the Koa trees, which makes Koa wood much rarer than before. This Koa wood casing for the Apple-1 computer is one of the six cases that currently exists in the world.

The $500,000 device has only had two owners previously. It initially belonged to an electronics professor of Chaffey College in California, who sold the device to one of his students for $650 in 1977. Now, the device is worth $500,000, which translates to Rs 3.71 crores.

Rare Apple-1 Computer with Original Box Signed by “Woz” Up for Auction at $50,000