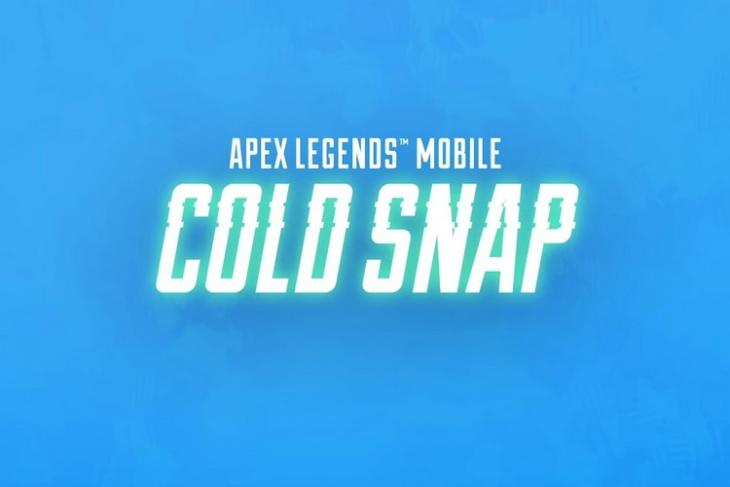 Apex Legends Mobile, following its global launch last month, has been one of the most popular titles in the mobile gaming sector. Now, Respawn wants to further improve the game and offer more content to players to enjoy the fast-paced battle royale.

Starting with the new legend, Respawn has confirmed to bring Loba into Apex Legends Mobile. If you do not know Loba from the game’s PC and console counterparts already, she has been a fan-favorite legend, particularly for her unique loot-focused abilities and the fact that she can get out of a chaotic situation by teleporting.

Her passive ability, dubbed Eye For Quality, will let players see nearby Epic and Legendary loot items through walls, while her tactical ability called Burglars Best Friend will allow players to throw a Jump Drive bracelet to a nearby location to instantly teleport there. Her ultimate ability, the Black Market Boutique, will see her plant a portable shop in a location to get all the nearby loots.

The Cold Snap update adds a new Armed and Dangerous limited-time game mode where players will either be equipped with shotguns or sniper rifles. No automatic or other kinds of guns like the R-99, Flatline, Prowler, or Havoc will be available in the arena. If you want to know more about the weapons in Apex Legends Mobile, check out our in-depth guide on it right now.

Other than this, players will witness a new Climatizer take over the World’s Edge map. During the battles, the Climatizer will automatically turn on and off from time to time. When it is on, players will see certain areas of the map get covered with snow. Additionally, they will be able to loot items from special Frosted loot boxes, including new throwable Snow Grenades that will damage and slow enemies upon explosion.

With the new update, a new Battle Pass will also be added to Apex Legends Mobile. It will be titled Cold Snap and will succeed the current Prime Time battle pass, offering new ice-themed cosmetic items like legend and gun skins. Upon completion of the Cold Snap Premium or Premium Plus Battle Pass, players will receive 800 Syndicate Gold. Furthermore, players who have purchased the Prime Time battle pass or will purchase it before the current season ends will receive 50 Syndicate Gold and a Syndicate Pack via their in-game mailbox after the season ends.

Other than the new battle pass, players will also see a new Seasonal Shop with brand new in-game items weapon skins, loot crates, and more. Players can collect diamonds from loot boxes during a match and use them to get items from the new Seasonal Shop.

Other than these, Respawn has fixed various known issues in the game. For starters, the developers optimized Wraith’s base visuals, fixed Octane’s incorrect voiceover callouts when using the jump pad, fixed an issue where Mirage players would experience lag after activating the ultimate, and more.

In the official patch notes of the update, the developers also mentioned that they have made some adjustments to the matchmaking system of the game. Moreover, Respawn has also tweaked the systems that impact their servers to reduce lag and deliver optimal performance of the game. You can check out the official trailer for the Cold Snap update to get more info attached right below.

The company says that it will continue to take user feedback and improve the title further, going forward. So, what are your thoughts on this? Let us know in the comments below.