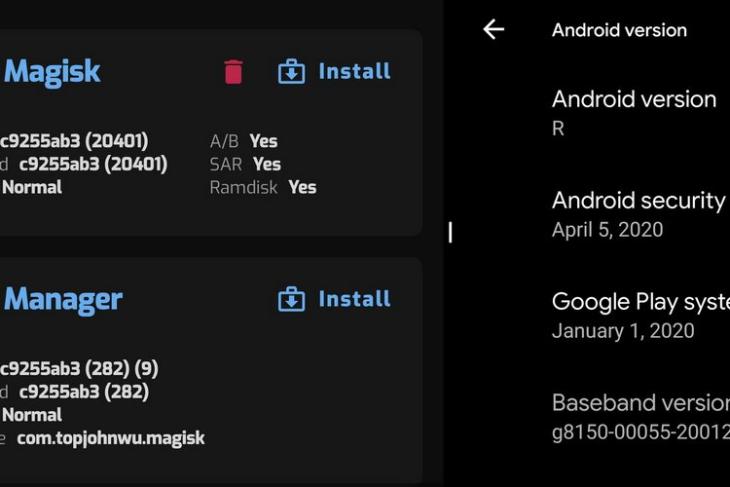 It’s been just over two months since the Android 11 Developer Preview 1 release, and Magisk has gained Android 11 support with the latest Canary build using which Android 11 users can root their devices.

60 days without root, this bad boy finally get some Magisk love 🥰🥰 pic.twitter.com/tEG6P0p32x

According to Magisk creator John Wu’s tweet, initial user feedback from Pixel 2 users say the new Canary build resulted in a boot loop. Later on, he found the update affects most Android 10 devices. However, Wu has released a new build aiming to fix the issue. Since this is a Canary build, bugs like these don’t really come as a surprise. The developer should hopefully be fixing them in the coming days, followed by a stable release later on.

Pushed new canary build, attempt to fix the issue. Replaced the old hack with another new hack I came up with at 5 AM 😜 https://t.co/sKELYmYOCE

If you have a device running Android 11 and are interested to test out new Canary builds of Magisk, you may download them from here. However, do this at your own risk, since it could result in loss of data, a boot-loop, or worse.

Also in case you’re wondering, the root implementation passed the SafetyNet test, which is required for a lot of payment apps, banking apps, and even games like Pokemon Go to work.

However, Magisk Hide’s glorious days might be numbered due to recent changes in SafetyNet Attestation API. According to Wu, MagiskHide is no longer able to spoof an unlocked bootloader, while the ability to hide root status functions normally.