AMD shook Intel’s place at the throne of CPUs by launching its Ryzen processors back in March 2017. Now, they have moved their focus to the graphics market, with the new Vega line-up. NVIDIA has long been at the top of the food chain, running supreme with its vast variety of graphics processors. Launched back in April 2017, NVIDIA’s Titan XP, the successor to its Titan X is the best graphics card in the market, as of now. But with the introduction of the Radeon Vega Frontier Edition, AMD aims to change the game, at least for some markets. If you’re interested in buying a new GPU but are torn between the two beasts, read on as we pit AMD Radeon Vega Frontier Edition vs NVIDIA’s Titan XP:

Before we start comparing the GPUs, let’s take a look at how their specifications compare:

Let’s start with the upcoming Vega Frontier Edition. Probably the first thing that you’ll notice is the weird blue/yellow color scheme. While it may appeal to some, personally, I would still prefer the black/red combo of AMD’s R9 Fury X. Nonetheless, the craftsmanship makes up for most of it. The metal shroud and back plate have an excellent brushed metal texture and look to them and even the edges of the PCB are rounded. A yellow R logo cube rests on the back corner, illuminating the hardware in an elegant light. The top of the card features the Radeon branding with the same yellow backlight, all of which was specially designed and finished in California.

Coming to the Titan XP, it shares the same design as it’s predecessor- the Titan X. It comes in the black/grey combo, with a tad hint of the NVIDIA’s signature green here and there. The overall design and aesthetics of the GPU make it stand apart, giving it a powerful look, something that does indeed compliment its gaming performance, considering the fact that Titan XP is the reigning king of the gaming market. While NVIDIA did remove the GTX branding from the original Titan X, there’s still a back-lit GeForce GTX logo on Titan XP’s top edge, in the aforementioned signature green. 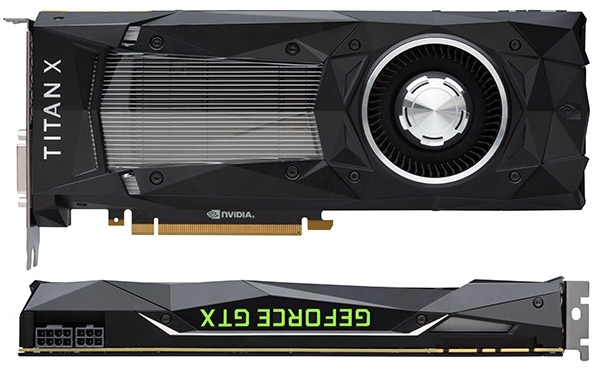 A prosumer is a person who buys electronic goods that are of a standard between those aimed at consumers and professionals. AMD has gone ahead by issuing an official statement that the Vega Frontier Edition is a prosumer device, while the RX Vega will be a consumer product, manufactured primarily for the gaming market. 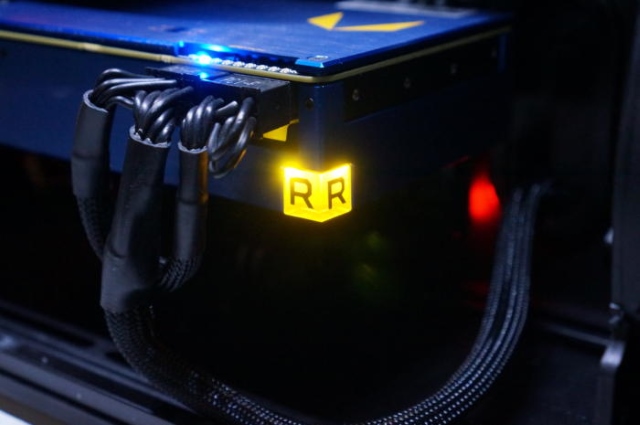 The Titan XP, on the other hand, is a consumer product in itself, made for the gamers especially. NVIDIA has for long been the supreme manufacturer of gaming cards, and the Titan XP was another product that extended their lead. It is, in fact, the best gaming GPU on the market currently.

While benchmark tests only tell a part of the story, they do push the devices to their maximum limits, to see the best that the device can offer. The folks at PCWorld had tested out the two GPUs and according to their reports, the AMD Radeon Vega Frontier Edition certainly outperforms the Titan XP in terms of pure performance.

Using a test environment of AMD Ryzen 7 1800X CPUs, 32GB of DDR4/2400, SSDs, 4K panels, and a Windows 10 Enterprise Edition, the 2 GPUs were put against one another, and tested on the popular benchmarking apps Catia, Creo, SolidWorks, and Cinebench.

The Frontier Edition outscored the Titan XP by 28 percent on both Catia and Creo, and the difference jumped to a whopping 50 percent in SolidWorks. To apply more salt to the burns, AMD’s latest offering beat the reigning king by almost 14 percent in Maxon’s Cinebench.

While NVIDIA’s Titan XP is one of the most powerful GPUs out there, it is essentially only a consumer device. What that means is that it can only work on consumer drivers, or in other words, mainstream devices. The 16nm GPU does not work on workstation-class systems, rendering it obsolete for them. As a result, workstation users desiring the Titan XP performance have to resort to a NVIDIA Quadro P6000, which costs nearly $6000. 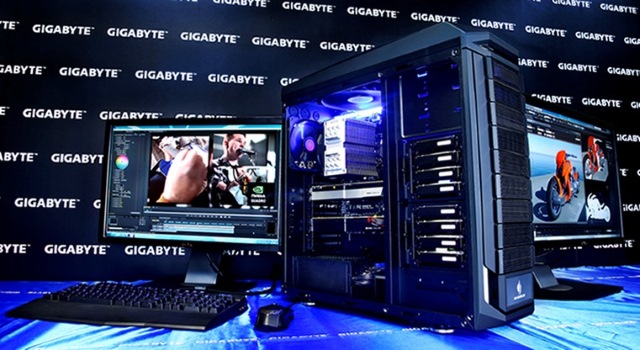 Which Card is for the Gamers?

It should be noted that AMD went out and said that the Vega Frontier Edition is a prosumer device, hence it’s clear that it hasn’t been developed with gaming in mind. Instead, it has been created with the idea of game development in mind, something that requires pure performance rather than actual gaming performance. That being said, the Vega Frontier Edition is not shy in showcasing its power when it comes to handling games. The Titan XP, on the other hand, is the well acknowledged supreme leader, which I shall repeat, is the best gaming card on the market right now.

The two GPUs were put to test on Doom using Vulkan, Prey using DirectX 11, and Sniper Elite 4 using DirectX 12. While the Titan XP clearly outperformed the Vega Frontier Edition, the Vega did hold its back, showing that it is clearly at par with the once supreme king – the NVIDIA GTX 1080 ti. The results are practically great when considering that the Vega Frontier Edition is NOT a gaming card technically, but instead, a workstation powerhouse.

The price factor is one of the most important factors that help in determining which card to go with. The new AMD Radeon Vega Frontier Edition was launched on June 27th, 2017 and is available for $999 on NewEgg.com. While it’s also available on Amazon, do note that the price is higher over there.

The NVIDIA Titan XP has been around for a while, having been launched on April 6th, 2017, and it is available for $1200 on NVIDIA’s official portal. The early release date did give NVIDIA the head-start in terms of sales and they’ve been enjoying the momentum so far. That being said, we think the price points of both these consoles are justified in terms what they bring to the table.

The Best Of Both Worlds?

AMD’s Vega Frontier Edition is certainly a game changer, bridging the gap between the consumer and workstation systems, making it, as the company calls, the perfect prosumer graphics processor. That being said, it is clearly not meant for someone who intends to use it purely for gaming, considering that its performance is on par with the NVIDIA GTX 1080i, which is available for $700 on Amazon, which is $300 cheaper. Nonetheless, the Titan XP is still the unrivaled king of graphics processors at the moment, something which might change with the launch of AMD RX Vega which is all set to be launched on July 30th at Siggraph 2017.

So, are you gonna go for the Vega Frontier Edition or the mighty Titan XP? Or would you take my word for it, and wait till the launch of RX Vega? Make sure to let us know, by dropping a few words in the comments section down below.