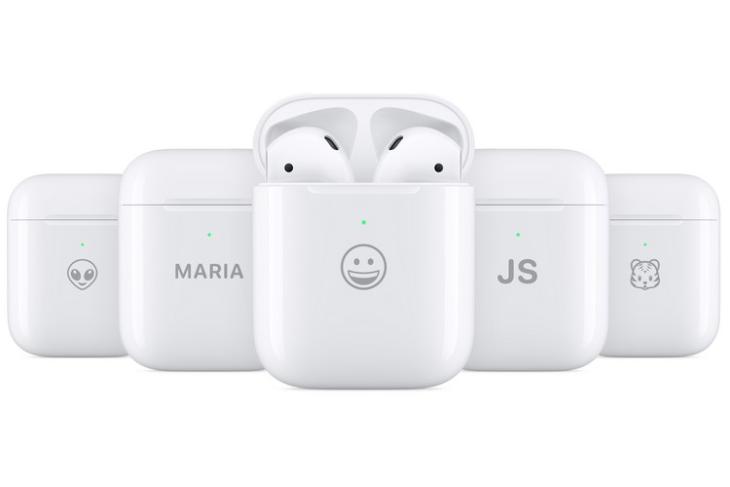 Always wanted to have your AirPods charging cases engraved with emojis of your choice? Well, you’re in luck, because Apple has now started selling emoji-engraved AirPods cases directly from its official online store. As part of the plan, buyers can now get the charging cases of their 2nd-gen AirPods or AirPods Pro laser-engraved with a range of emojis to better express their emotions and convey their personalities.

While customers could already add text and numbers of their choice to customize their AirPods cases before placing their order, the latest development now adds the option to add the little cartoons that have become a legitimate way to express various emotions on social media, internet forums and messaging apps.

For now, Apple is only offering 31 emoji to choose from, including the smiling face, the wink, fist bump, the kiss, the thumbs up, the alien and the unicorn, but that list could increase at some stage. The service remains free, as it has always been, and buyers will be hoping that it remains that way in the future.

Emojis are a fun way to express our feelings, and there’s hardly anyone among us who has never used one. Apple has always been at the forefront of the emoji trend, which is why it is a surprise that it took the company this long to offer this option on its AirPods cases. In a proposal submitted to the Unicode Consortium, the company had earlier proposed a whole host of new “Accessibility Emojis”, most of which have since been incorporated into the official list by the organization.