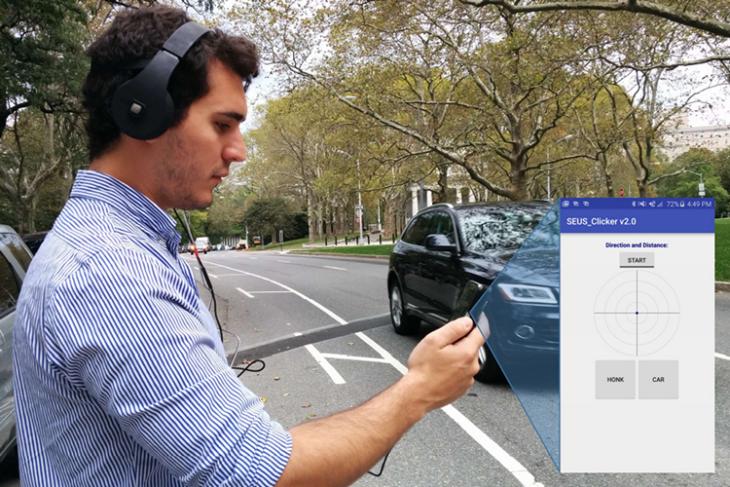 Have you ever wanted a feature in headphones to alert you in emergency situations, say minutes before an accident when you’re on the road with your excellent pair of headphones that boast top-notch active noise cancelation? Well, there could soon be a solution, thanks to researchers at Columbia University.

Researchers are working on a Pedestrian Audio Warning System (PAWS) capable of detecting nearby vehicles based on sound. The system makes use of machine learning algorithms to analyze sounds and alert pedestrians regarding the location of vehicles that are up to 60 meters away. There’s a catch though – it detects only the location and not the trajectory.

To achieve this, the researchers installed an array of four microphones in different parts of a headphone. The hardware of this new system is designed to fit inside the left ear cup of headphones.

The entire system runs on a rechargeable lithium-ion battery. Relevant sounds captured through the microphones are transmitted to a smartphone app. The researchers say the ML algorithms were trained on audio from 60 different vehicles in various environments.

As you might have guessed, there is a shortcoming with this approach. The system will focus on the loudest vehicle rather than the vehicle that is in the nearest proximity. Also, multiple vehicle detection is a work in progress for now.

The researchers have not finalized the medium in which they would alert users. Experiments are being conducted to choose the best way possible to quickly draw the attention of headphone users. Two current rough ideas include sounding a beep on one side of the headphones and simulating 3D warning sounds.

The PAWS project has already received a $1.2 million grant from the National Science Foundation. The team is currently working on refining the technology to hopefully commercialize it in the future.