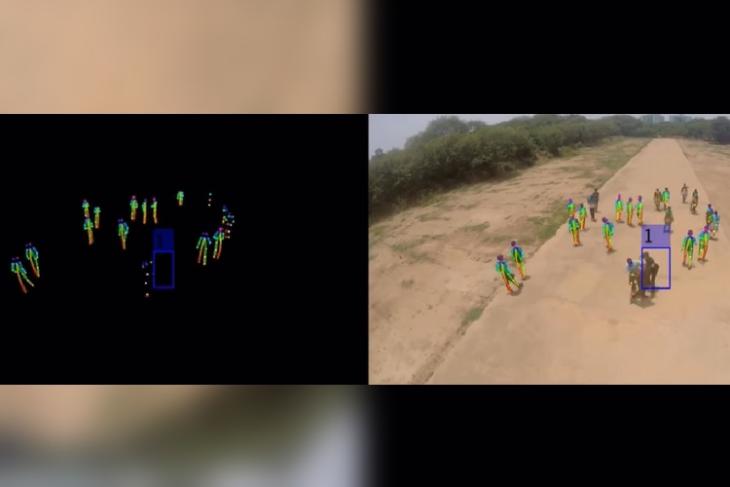 The developments in the fields of AI and machine learning have ushered in a new era of automation and convenience, but unfortunately, they’ve also given rise to fears of it being used unethically and could contribute to a ‘robocalypse’. Yet, a team of researchers from India and UK plans to employ AI for a benevolent task i.e identifying violent behavior in a crowd or public gathering via drones equipped with machine vision.

The team plans to test their AI system during the upcoming Technozion and Spring Spree festivals that will be organized at NIT Warangal in India in the upcoming months.

The AI-based surveillance system employs a drone that captures footage of a crowd and transmits it to a machine learning system, which has been trained to identify five human body poses which depict acts such as strangling, punching, kicking, etc. Led by Amarjot Singh of the University of Cambridge, the team believes that their system can be used to detect violent activities, suspicious movements and other such acts that are often recorded in crowded places, and can be used to prevent mishaps such as bombing attacks and mob assault among others.

“We have permission to fly over [Technozion], happening in a month and are seeking permission for the other”, Singh revealed in an interaction with The Verge. Even though the whole idea sounds quite promising, with the system delivering an accuracy of 94% at identifying violent poses during tests, it is yet to be tested on a real crowd in which individuals are closely packed, making it difficult to clearly assess their movements for the human eye, let alone an algorithm which can only detect five poses.