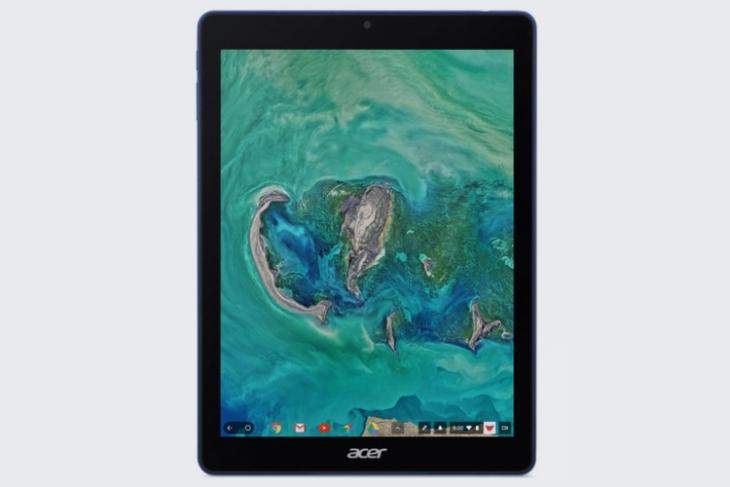 Google hinted at the arrival of Chrome OS on tablets when it reportedly showcased an Acer device running Chrome OS at BETT last year. Google is now officially expanding the availability of Chrome OS to tablets starting with the Acer Chromebook Tab 10, which will be the world’s first Chrome OS-powered tablet.

The Acer Chromebook Tab 10 is education-centric and provides the full Chrome OS experience. What makes it a good proposition for schools is the Google Play support which brings Android apps and educational games to the classroom in a sleeker form factor.

The tablet features a 9.7-inch 2048 x 1536 IPS LCD display with support for stylus input, and comes bundled with a passive Wacom EMR stylus with a dedicated slot in the tablet. Google and Acer claim that the stylus uses machine learning algorithms to learn your writing habits and preferences, and then processes the data using a prediction algorithm to assist you while writing with the pen. 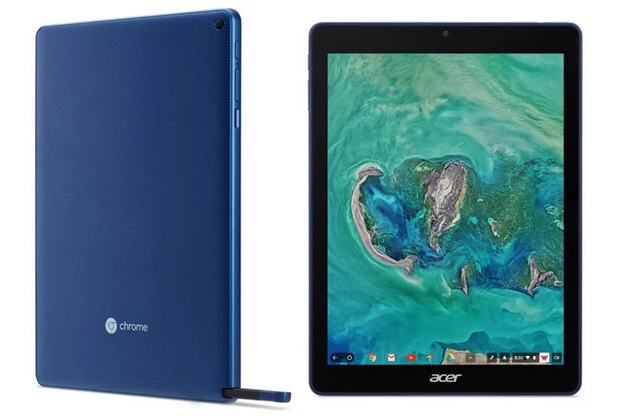 The Tab 10 is equipped with a quad-core OP1 processor built by Rockchip with 4GB of RAM and 32GB of expandable storage. There’s a 5MP rear camera and a 2 MP front camera, with front facing stereo speakers. The device features a USB Type-C port as well as a 3.5mm headphone jack, and is claimed to provide battery life of up to 9 hours.

The Acer Chromebook Tab 10 will hit the US market in April carrying a price tag of $329, and will reach Europe, Middle East and Africa in May, priced at €329. The tablet’s launch comes a day before Apple is scheduled to host its own education-focused event where the company is expected to announce a new iPad model built for the education market.