With lights filling up the atmosphere making the moon a bit less lonely, the people of Hong Kong are putting up a massive effort in restoring faith in the country’s system that has let down the people completely. Be it the hard spells of rain or the ever so hot sun, nothing is shutting down people’s protest that have umbrella to their rescue. They’re everywhere and so is their umbrella. So much so, that the social media has already dubbed it as the Umbrella Revolution.

What is Umbrella Revolution?

This protest started taking shape in the heads of the people closely two years back when the Chief Executive of the country CY Leung began misusing his power. He didn’t only ignore the interest of the people of Hong Kong but started viewing himself as the go to man of Beijing. The people of the country couldn’t take it anymore and decided to have a democratically elected Chief Executive as the current one won’t step down.

After much protest the people of Hong Kong got a chance to have universal suffrage (democratically elect their own Chief Executive) in the year 2017.

Then a couple of months before; August 2014 the current Government (mostly Beijing Elites) put up newer restrictions. They were:-
(a) The Election committee of 1200 people will still have the power to nominate the Chief Executive candidates
(b) The person to get nominated needs to have half the support from the members of the Election committee
(c) The maximum number of candidates to get nominated can be only three

Hence, in simple terms the people of Hong Kong are being made to look like fools as politics has taken prime importance for the current Government. It’s not only democratic anymore but a fake election procedure would be the best way to put the situation. 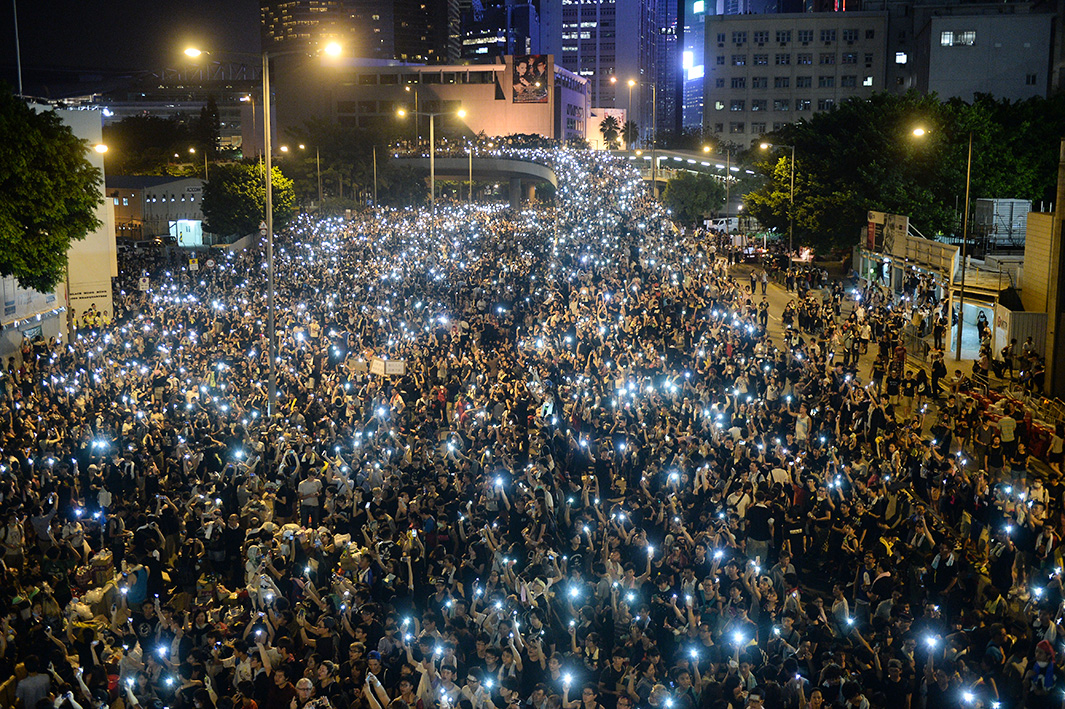 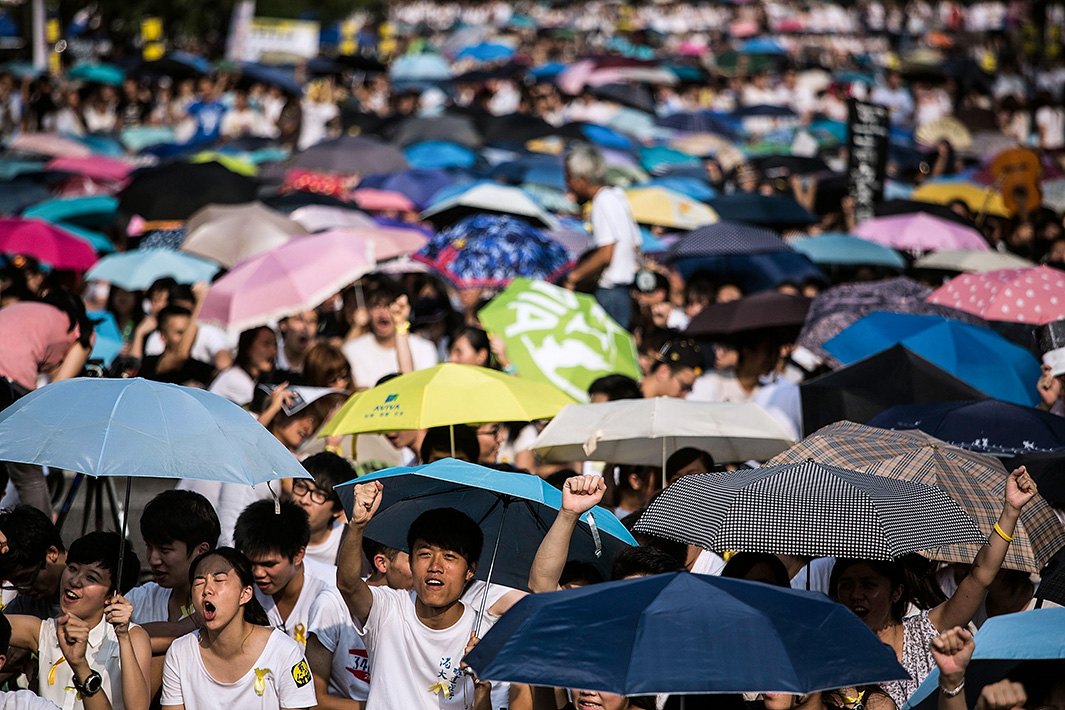 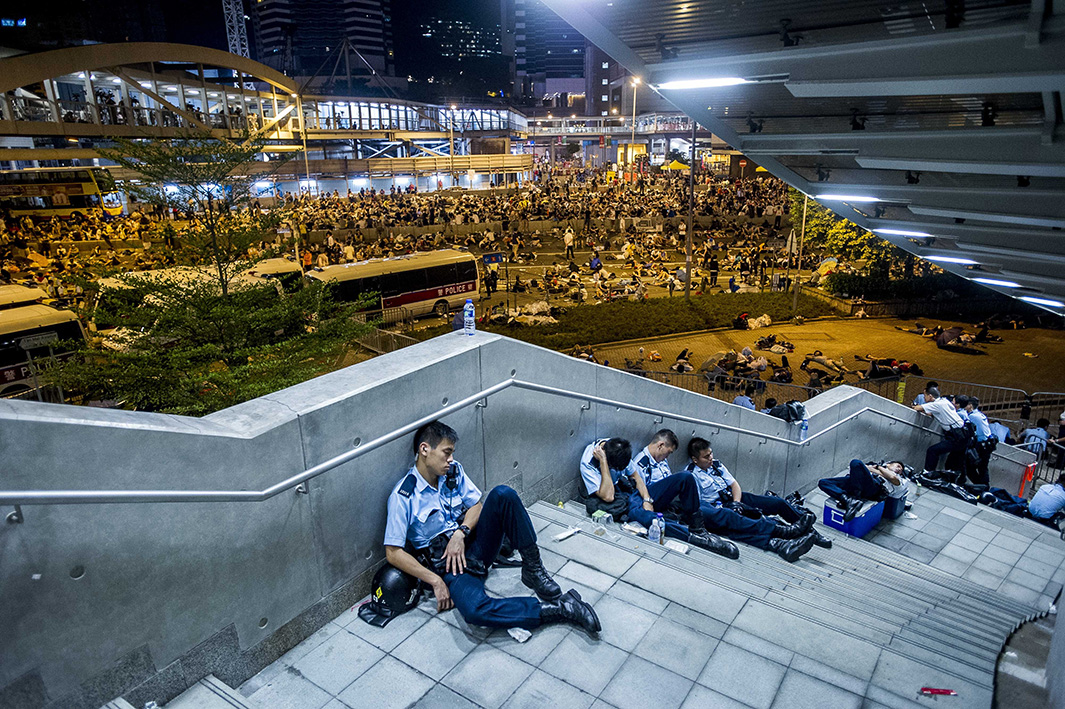 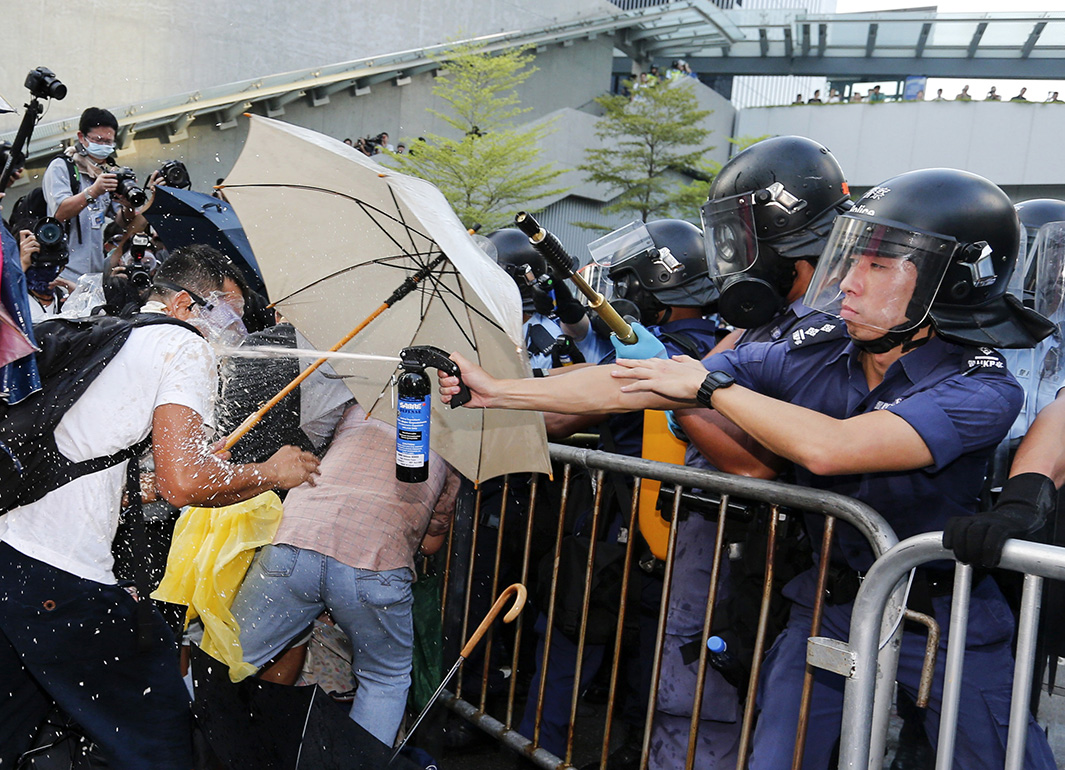 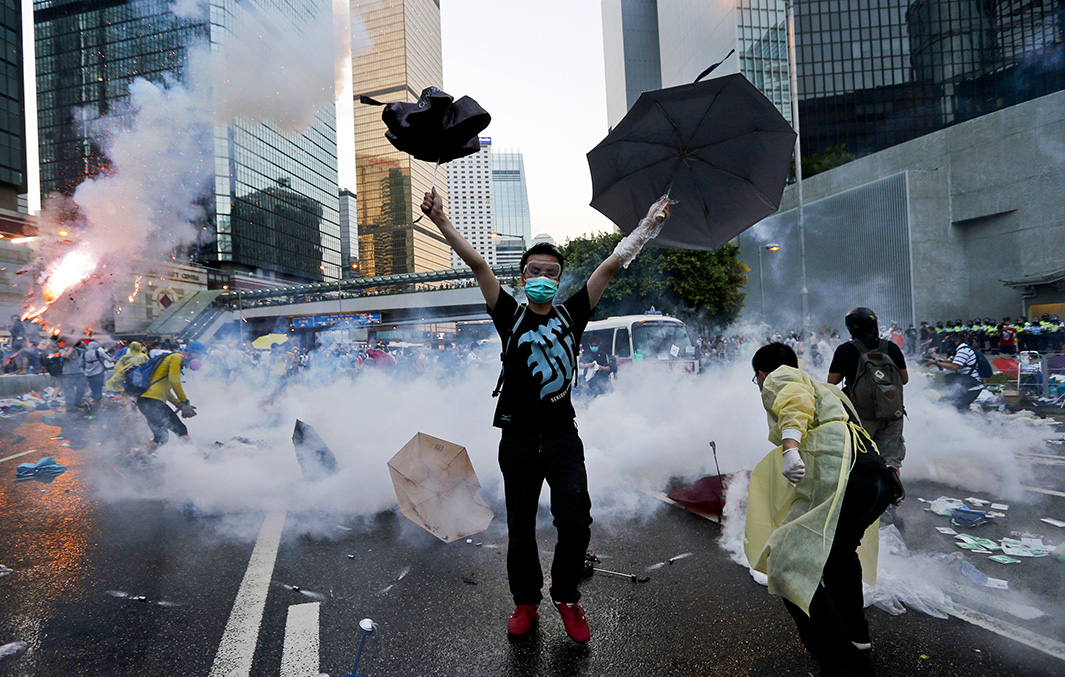 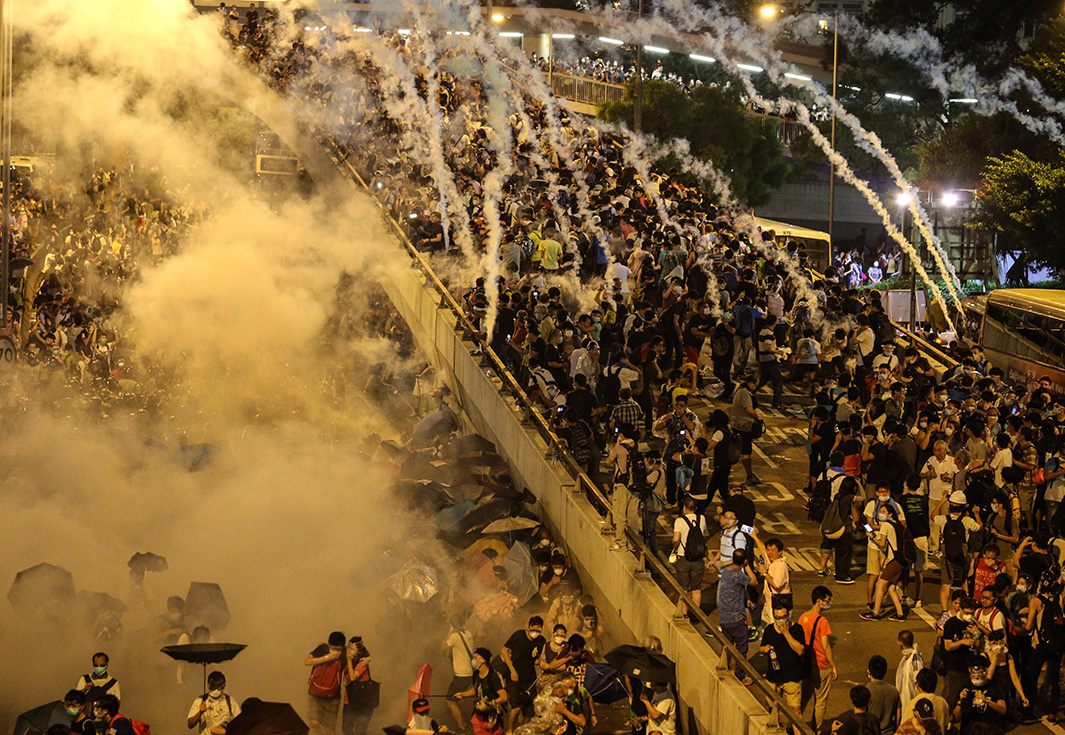 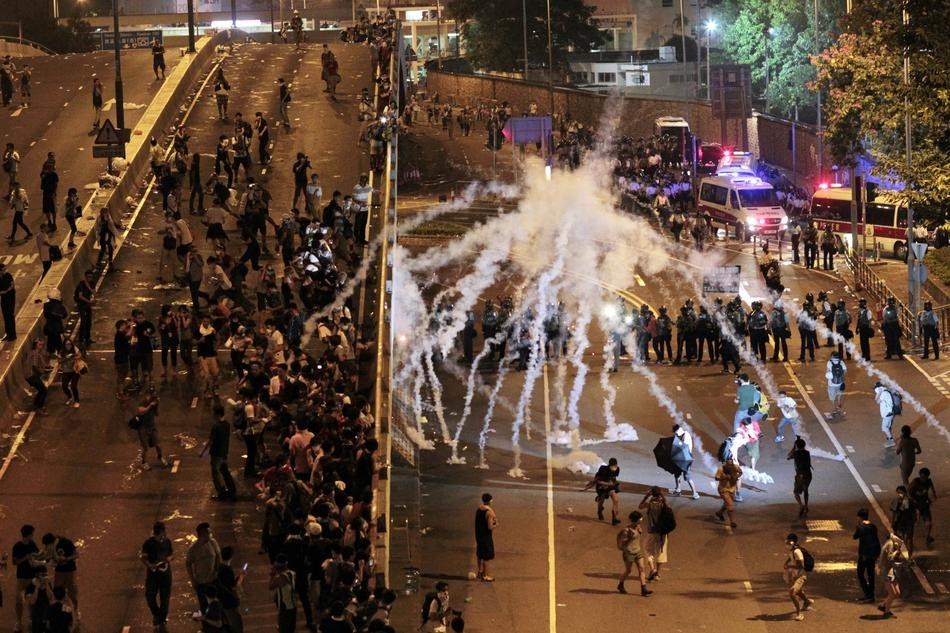 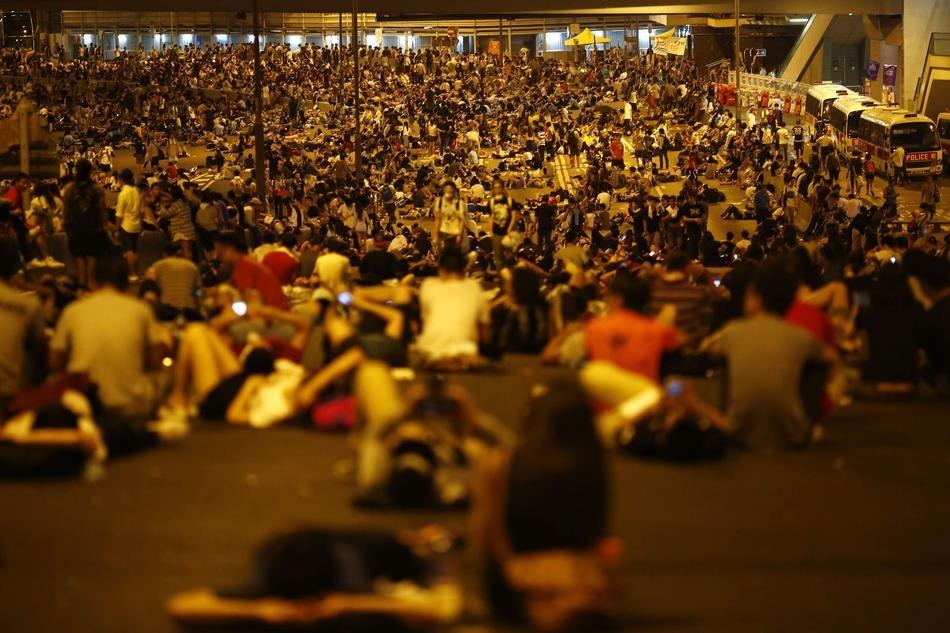 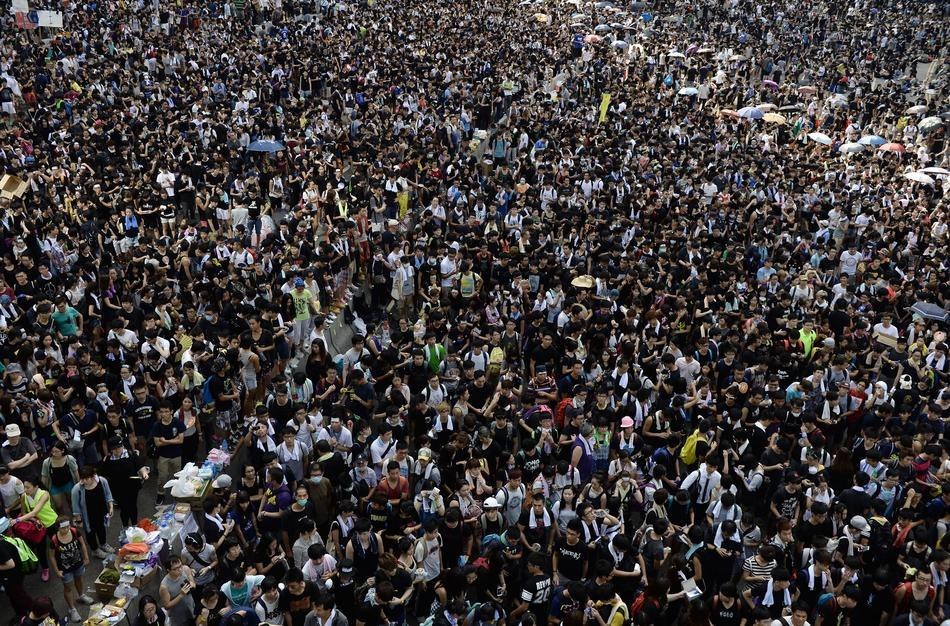 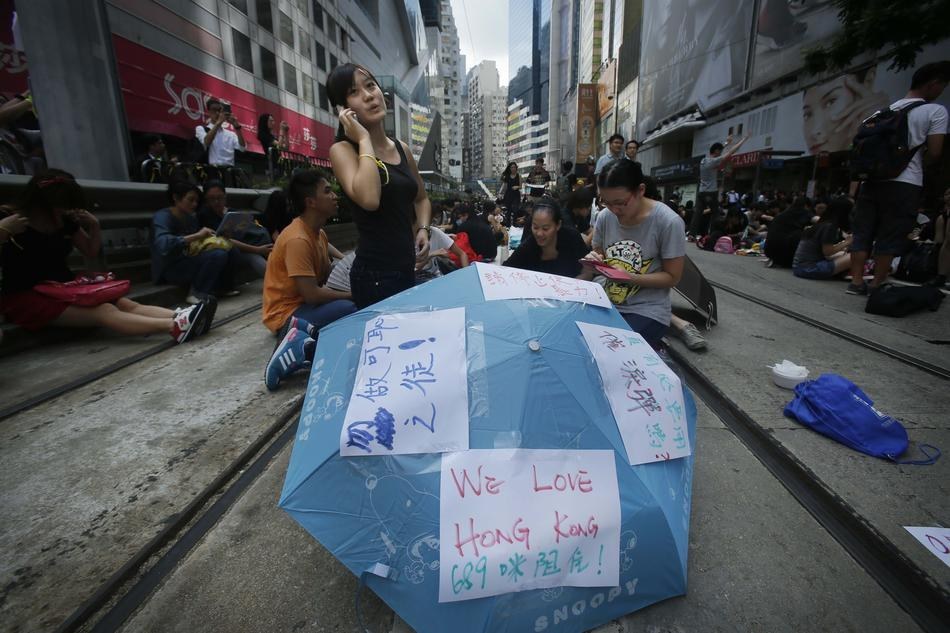 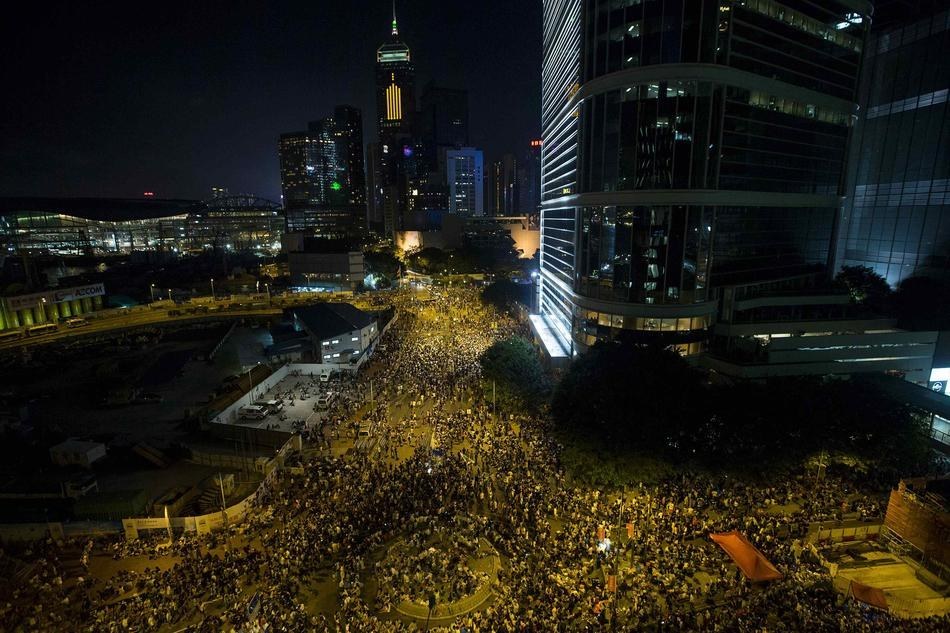 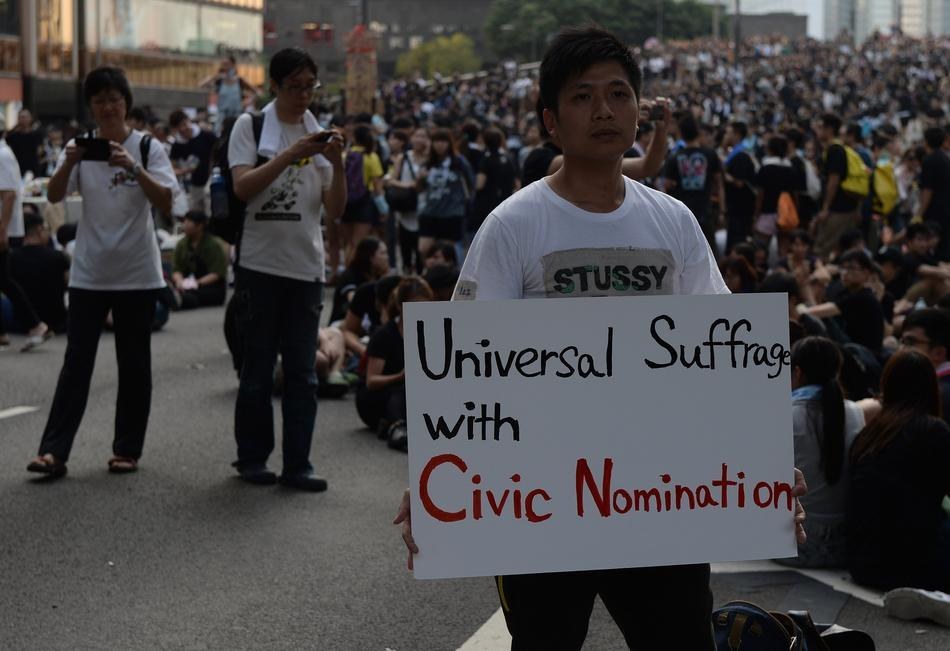 In many protests that take place round the world usually involve fire, effigies, burnt cars and so much more. The protest in Hong Kong involves only banners and umbrellas. And, umbrellas aren’t just for themselves but are being used to protect the police from the rains that are hitting the country almost every day. This protest is special for a special cause by special people for a special country. Let’s hope the lights in their heart only become dim when the sun finally rise, bringing happiness to the current distorted country.