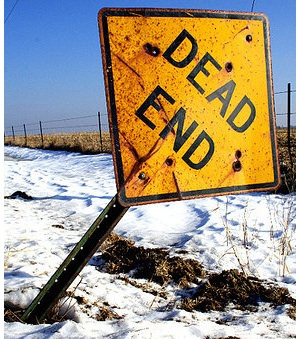 Starting a new startup and calling yourself an entrepreneur or a business man doesn’t make sense unless you are successful in it. These days with the awareness that people have on entrepreneurship has resulted in evolution of a new startup each day. But not all startups survive for long. There are some which were dead in the initial stages itself. So here is a list of some startups which are dead yet are the worst fails ever.

Founder: Jimmy Wales
Nupedia can be called the godfather of Wikipedia in obvious. Earlier in 2000, the site started as the largest online source of anything and is the largest web encyclopedia. But unlike here as in Wikipedia, the notes can be prepared only by experts of that field and not just that, there is a seven-step approval process before the publishing. After a period of seven months from its initial launch which was in 2000, only two full length articles got published. Later, Jimmy Wales regrouped the idea in 2003 and stated Wikipedia as a test-off site and soon it gained massive popularity and you know what Wikipedia is today.

Founder: Donna Jensen
Started in 1998 as a “dot-com” business, it was really expected to bring a massive change. But the company focused more on their business office and it landed in silicon valley where giants like Google were already in. Finally, their office was good but the client database crashed to ground and the company had to shut down by 2002. Later in 2008, KillerStartups purchased he domain name and it had launched the site again as a Q&A site. It had bought the domain name for about $500,000. Now, if you are interested, the domain name is for sale again. Visit the site to get the details.

Founder: Shawn Fanning and Sean Parker
If you’ve watched the movie The Social Network, you would have known who Sean Parker is. It was an awesome site to listen music and share. Due to this, the company had to face many lawsuits. Metallica found out that one of their tracks “I Disappear” is circulating somewhere on internet and when they pointed out Napster, they immediately sued them. An the same again in 200, when Madonna’s single “music” got released on Napster prior to the actual commercial release and it was legally sued again. The company introduced subscription based feeds in order to make profits and pay back the copyright owners. But this was miserably failed and company ended up in 2002.

Founder: Jim Clark
Funded by some businesses for about $20M venture capital and with a massive following, Kibu hit the web in 1999 which was designed for teen girls on Internet. There was a huge demand for this site until all the silicon valley businesses who invested in this withdrew their funds and let this shrink down in 2000. Even after announcing the closing down, Kibu ran for a few days on the site and now, the domain isn’t hosted anywhere yet. Formerly, the people at Kibu created another site for themselves called KibuPeople.com which now redirects to another site.

Founder(s): Martha Lane Fox & Brent Hoberman
Lastminute.com is another dotcom business started in the same year as startups.com, 1998. It’s a travel site and was an expert in selling vacant hotel rooms and similar stuff. On the initial launch, it landed up $768 millions (approx.) on London Stock Exchange. But soon after an year, the company lost 90% of its value before it was taken up by Sabre Holdings in 2005. The site is now running fine as LastMinute Network and/or group of companies and is offering travel booking services in about 10 countries.

Founder: Cameron Christopher Jaeb
This business which was initially started in 1995 boomed up the entire stocks with a triple of the stock price on its first day. This brought a hundred more investors into it and which eventually turned the founders, an overnight millionaires. In 1999, Yahoo acquired the company and started using their services as per their plan where some were continued and the rest redirected to their homepage. Though this is a huge startup, it landed up in another hands very soon after the launch.

Founder: Dr. C. Everett Koop
The surgeon general, Dr.Koop had started a dotcom business with his own name DrKoop.com, a self-diagnostic website which gained over 1 million visitors a month and this eventually turned up the share by $50 for a single share. Soon, the company lost all the value and advertising became its only way of income. Just after two years of launch which was done in 1999, soon in 2001 the company was sold for $200K.

Founder: Bob Davis
Earlier in 1997, Lycos was the most profitable search engine ever and was later sold for $12 billions by Telefonica which was about 3000 times the initial capital. Later it was again sold for less than $50MM in 2004. The company is still on its hold and did not end up completely yet. Lycos had many high profiled sites under it, formerly. Sites like GetRelevant, Wired, Quote, Matchmaker, Webmonkey are former Lycos sites.

Founder: Lee Morgenroth, Dan Pelson, Jane Mount, David Cancel
Bolt Media was the earliest social networking site which attracted a lot of teenager in 1996. Later as they aged, they gradually left the site and Bolt could do nothing but redesign and make a re-launch which was also a fail with its bad name Bolt2. The company emphasized many user upload videos on it. When YouTube officially partnered with Universal, it sued against Bolt for copyright infringement. As Bolt2 couldn’t fight with the giant, it ended up in bankruptcy in 2007.

Founder: Teri Perl, Leslie Grimm, Ann McCormick
People who have done their middle schools in early 90s will definitely know about this Learning Company. The company started off making computer games like the Cluefinder series, Carmen Sandiego, Oregon Trail etc. Matel bought this company for $3.8B and soon after three years, they let it to the ground by selling it again at $27.3M.