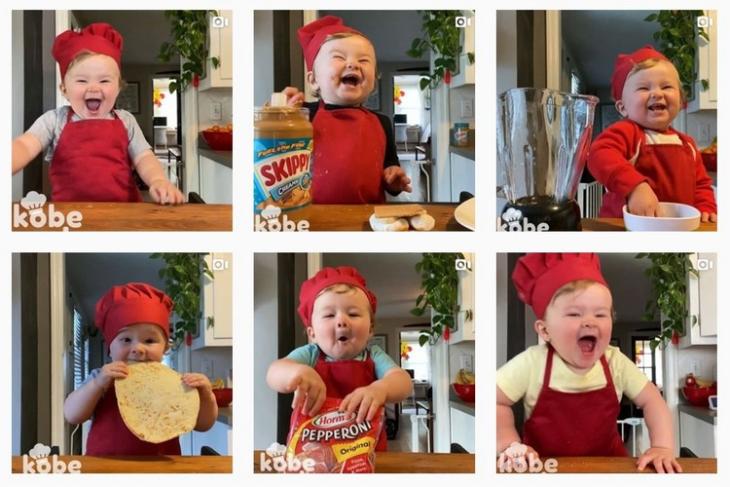 Since its launch back in 2010, Instagram has become the holy grail for social media influencers over the years. The massive popularity of the Facebook-owned platform has led all kinds of influencers — from cute dogs to major movie stars, to share their pictures and videos. Now, a one-year-old chef has taken over the platform and looks like Netizens cannot get enough of this cute food-maker.

The Instagram handle, “Kobe Eats” (@kobe_yn), is an account of a very young chef who likes “to cook, eat and explore in the kitchen”. The videos include chef Kobe, who is just one year old, making delicious dishes and making cute faces while doing it.

The account is, of course, handled by the parents of the baby who say that they started filming videos of Kobe in the kitchen to share with family and friends. However, when the parents started uploading the videos on Instagram since February of this year, the account blew up and garnered millions of followers from around the globe.

According to reports, the one-year-old’s Instagram handle had only 200 followers from February till April 15. Now, there are over 1.5 million people who follow the account and hundreds of thousands of viewers watch Kobe cook some of his favourite dishes while speaking baby language and being CUTE AF.

So, reportedly the account went from 200 followers to over millions of followers in a span of only 1 and a half months. There is also an official website where one can buy cute merch, like t-shirts, hoodies, and stickers, and also check out some of the featured videos.