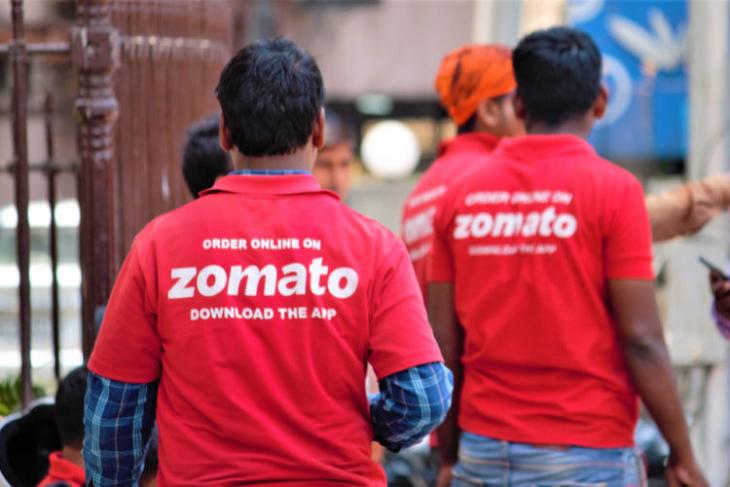 While we were busy cooking, drinking with friends on Zoom, or ordering take-out on New Year’s Eve, Zomato founder and CEO Deepinder Goyal took to Twitter to share his excitement over the influx of orders. Goyal live-tweeted how many orders Zomato was getting every minute. A large number of netizens decided to order in due to the COVID-19 restrictions in place and it certainly was a spectacle for Zomato last night.

Around 6:00 PM last evening, Goyal announced that Zomato had achieved its highest order velocity to date. The app saw over 2,500 orders pouring in every minute across India. It surpassed the food ordering rate during the India vs Pakistan match. Now, it does speak volumes (no pun intended!!) about the growth Zomato witnessed on 31st December 2020. However, this was not the peak order rate for the company last night. It only gets crazier from here.

Our order velocity right now is the highest we have seen in our life so far (~2500 orders per minute (opm)).

Surpassed India vs Pakistan day wala opm. And it's only 6pm! I hope our tech lives through this.💗

Also, Goyal revealed that orders were not only being placed by Indian users. Instead, people from outside the country were ordering food for their loved ones in India. You can see how parts of North America, Australia, and other locations are brightly lit up on the map below. It was also at this time that Zomato has more than 1 lakh food deliveries in transit (read as active orders). Sounds crazy, right? All this did put an insane amount of strain on the system but Zomato pushed through without any major hiccups.

Here's a heat map of "add to cart" events across the globe. 634k events in the last 30 minutes.

So many people outside of India are placing orders for their loved ones in India. 🥳

If you are interested in knowing the type of foods netizens in India ordered on New Year’s Eve, then also Goyal has you covered. He revealed that nearly 20,000 biryanis, 16,000 pizzas (40% with extra cheese), 300 salads, and 420 galouti kebabs (solely in Lucknow) were in transit at around 8:00 PM last night.

So yeah, that should give you an idea about the amount of food that was ordered and delivered by Zomato on New Year’s Eve. Goyal did not forget to thank the company’s massive 100,000-strong delivery fleet, the developer, and the customer support team (who witnessed all-time low complaints) in his tweetstorm. Well, I contributed to this mind-boggling order figure? Did you guys order from Zomato on New Year’s Eve? Let us know in the comments below.