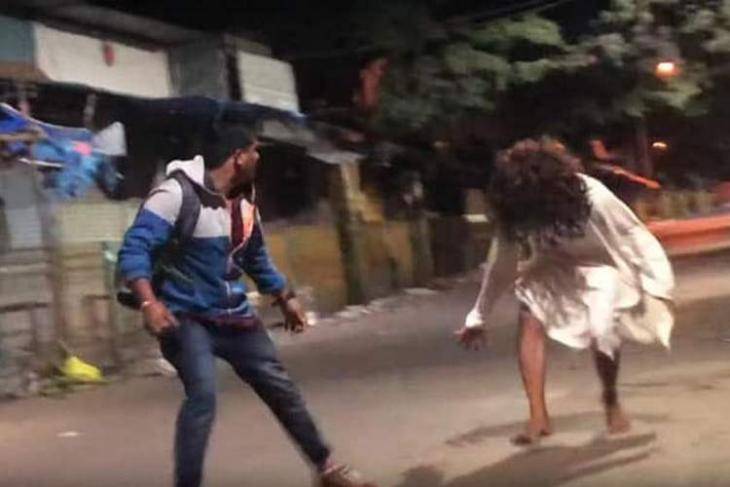 Almost two weeks after Halloween, a group of seven YouTubers were arrested in Bangalore for allegedly dressing up as ghosts and scaring unsuspecting citizens. According to a report from NDTV, the arrests were carried out Tuesday after the suspects took to the streets of Bangalore the previous night, dressed in white overalls stained with red paint meant to resemble blood.

Originally meant for a prank video on their YouTube channel ‘Kooky Pedia’, the clip seems to show the suspects running towards autos, motorists and civilians in their unusual garb. In one particularly unnerving case, one of the pranksters seemed to have spooked a man sleeping on the pavement in what’s believed to be the Yeshwanthpur area of the city. The video is still available on YouTube (see below), but it’s not immediately clear if it will stay that way in the long term.

The young men are all believed to be in their early 20s and, are said to have been arrested on the basis of a complaint from an auto driver who was pranked by the group. Following their arrest, all seven were slapped with a number of serious charges under the IPC, including wrongful restraint, unlawful assembly, criminal intimidation, public nuisance and more.

The news of their arrest prompted varying reactions on social media, with some wondering if they needed to be slapped with such serious charges for what was still a prank for the most part. Others, however, criticized their actions strongly, saying it could have endangered people’s lives and given them heart attacks. The accused have received bail for now, but it will be interesting to see if the charges against them will be upheld by the court once the case goes to trial.