Skip to content
Home News YouTube Is Testing Autoplay Videos on Android TV; Here’s How to Turn It Off 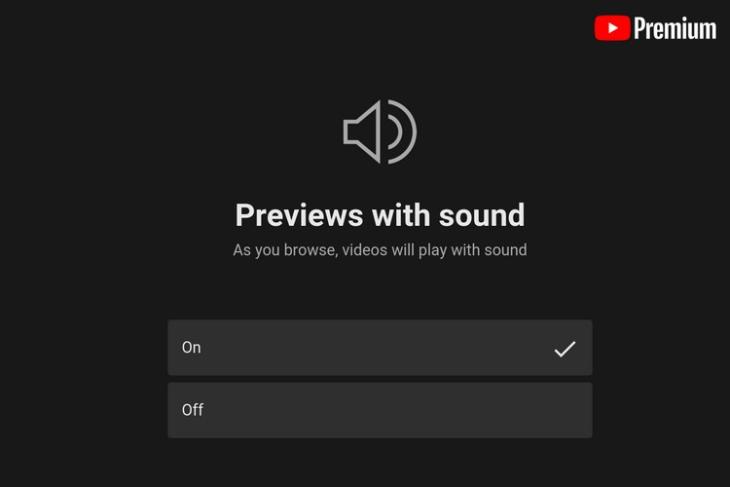 YouTube has been rolling out various features for its users on iOS, Android, and desktop. The Google-owned streaming giant has also been testing several new features and UI designs for its platform. Now, as per recent sightings, YouTube has started testing a new “Previews with Sound” autoplay feature on its app on Android TV and Google TV devices.

The feature is currently live for a limited number of Android TV and Google TV users and is turned on by default. As for the working of the feature, it automatically starts playing a snippet of a video along with the sound on the YouTube app’s Home and Subscription tabs on supported TV sets.

If users choose to play a video after watching the snippet using the Preview with Sound feature, the video will start playing from the point at which they stopped watching the preview. So, this feature should be useful for those who are unsure of what to watch on YouTube on their smart TVs. These users can watch the preview before deciding whether they want to watch the entire video or not.

How to Turn Off Autoplay Videos in Youtube Android TV App

Now, as the feature is turned on by default, once it rolls out for all users, it will be enabled for all whether a user likes it or not. So, if you are someone who does not like the autoplay feature on the YouTube app for smart TVs, you have to turn off the “Previews with Sound” feature from the Settings menu on the sidebar.

Coming to the availability, 9to5Google reports that YouTube has started rolling it out for a limited number of users. The feature is currently live in the YouTube app on the Realme TV at the Beebom office. We will update you once the autoplay feature is available for all users.