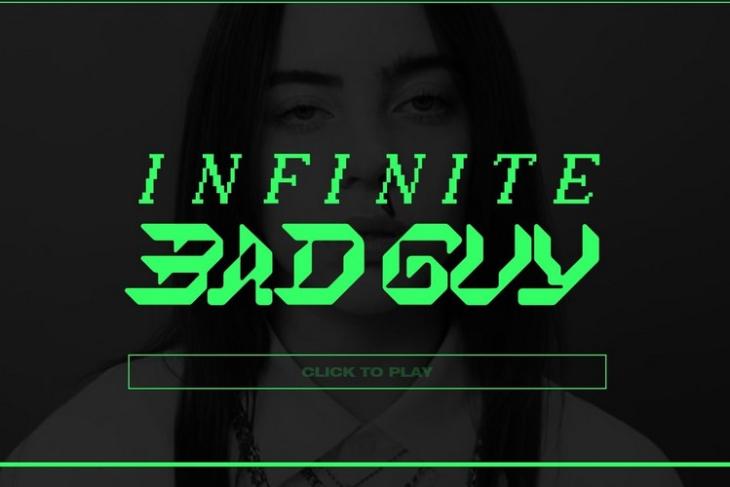 Ever since the unexpected popularity of her first song, Ocean Eyes, back in 2014, Billie Eilish went on to become one of the most popular artists in the music industry. The 18-year-old released her debut studio album, “When We All Fall Asleep, Where Do We Go?”, last year, and the song “Bad Guy” became one of the most popular songs and people made innumerable covers of the song on YouTube. So now, YouTube has taken all those cover-videos and put them together to create an interactive AI-based experiment website, which is pretty amazing.

This machine-learning (ML)-powered website, dubbed “Infinite Bad Guy”, is created to celebrate the 1 billion views-milestone of the official music video of the said song. This, as per YouTube, is “the world’s first infinite music video” and uses machine-learning to combine all the Bad Guy covers that exist on YouTube.

When you visit billie.withyoutube.com, you will be greeted with an amazing interactive-visualization as it loads up all the cover videos. Then, as you press the play button, the tool first plays the official music video of the song in a floating thumbnail-like interface, with two other cover videos floating on either side of the currently-playing one.

Now, the unique aspect of the tool is that when you switch from one video to another one, the second video starts off from the exact point of the song at which the first one ended. However, as each cover video is differently filmed, you might experience pitch differences and sound-quality variations for the videos.

Moreover, you can even select specific machine-learning tags that constantly keep rolling at the bottom of the page. These tags include #acoustic, #tutorials, #accordion, #cat(?), #toychicken(!?), and many more. So, choosing a specific tag will play particular videos that fall under that tag.

Now, as you move towards the end of the song, the entire UI-color changes from green to red to depict the change in the tone of the song. And when it ends, another loop of the song will start automatically, showcasing all the other cover videos that you haven’t watched already.

Also, when you tap the share button at the bottom-right part of the screen, it pauses the loop and brings up a stats screen. Here you can find how many minutes have you spent and how many loops of the song did you listen to.

So overall, it is a very unique tool that I would definitely encourage you to check out. The interactive UI and the visualizations are pretty awesome and I am sure you are going to love it.