Skip to content
Home News YouTube Gains a Redesigned Video Player UI on Android and iOS; Check out How It Looks! 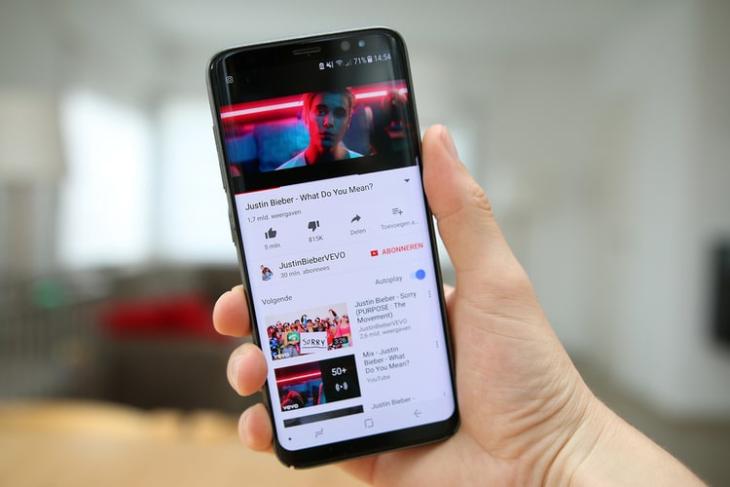 YouTube has been making significant changes to its mobile apps on Android and iOS to improve the user experience. Now, the video-streaming platform has started rolling out a redesigned video player UI to offer a new full-screen viewing experience to users. It adds various easy-access buttons for increased functionality. Here’s what the new YouTube player looks like.

If you are a frequent YouTube app user, you’d know that when you enter the full-screen mode for a video, you only get the seeker at the bottom to scrub through the video. If you want to access other buttons or the “Up Next” videos carousel, you currently have to swipe up when watching videos in the full-screen mode.

However, the new full-screen video player UI is cleaner and adds various buttons, including the Like and Dislike buttons, the share button, the comment button, and the save button in the bottom left corner. The buttons follow YouTube’s thin outline-style design and allow users to easily access relevant features when watching a video in full-screen mode. While the other features work as expected, tapping on the comments button opens up the comment section along with a text box right on top of the full-screen video player.

Moreover, there is a “More Videos” button at the bottom right that brings up a carousel of the “Up Next” videos to see recommended videos.

Plus, YouTube has also updated the three-dot icon with a settings gear-icon both in the portrait mode as well as in landscape mode. Due to the new row of buttons at the bottom, the video seek-bar has been moved up a little bit, which further adds to the overall looks of the new video player.

The redesigned video player UI on YouTube is currently rolling out to Android users. Tipster Ishan Agarwal suggests that iOS users are also getting the feature. However, it isn’t live for us at the Beebom office at the moment, and we can expect the redesigned video UI to reach all users soon. If you want to see the feature in action, update your YouTube app via the Google Play Store or the App Store. And if you are able to access it, do let us know your thoughts on it in the comments below.