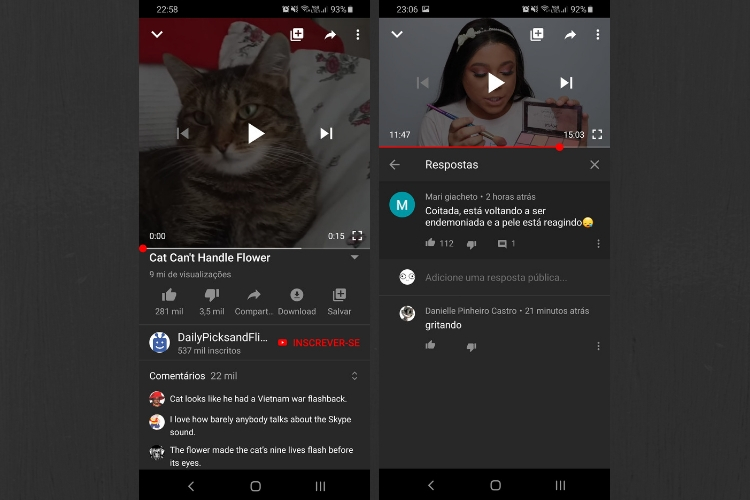 As posted by Redditor superficial-iceberg, who received the YouTube version 14.52.54 update earlier today, the position of the comments section has been changed. It’s now been moved up and shows up right under the ‘Subscribe’ button, which may not be the best place to show other people’s opinions.

This means video suggestions that you see under the video playback screen are shown below the comments. Though it is true that a lot of users love to read comments while viewing the video and YouTube is factoring in their feedback to test this design change.

However, the comments section nowadays is filled with spam, like we have never seen before so it could possibly be distracting for viewers. The comments on the Reddit post we’ve attached above share the same sentiment, even though the comments open and work in the same manner as before.

I haven’t received this YouTube beta build just yet, though I’m signed up for the same, which means I haven’t gotten around to testing this feature. It’s difficult to say if I will particularly enjoy the comments section showing before video recommendations or not.

What are your thoughts – more interested in reading comments or scrolling through all suggestions to pick which one to watch next? Tell us in the comments section below.

[UPDATE] YouTube, Gmail, Play Store, and Other Google Services Are down Globally!