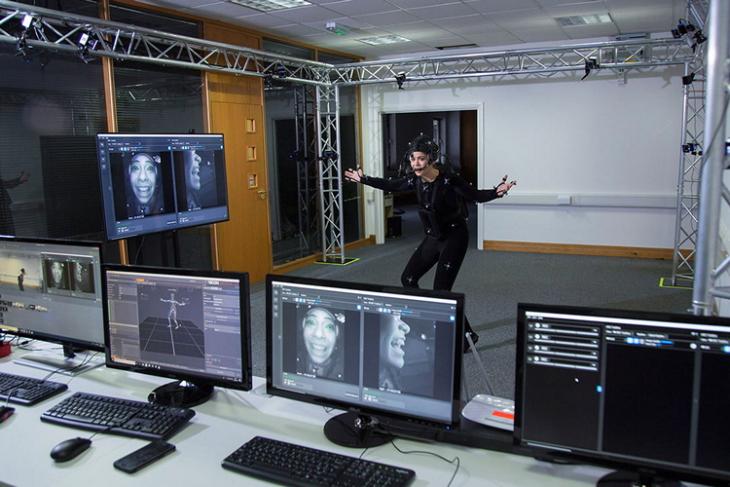 Were you not satisfied with the unrealistic look of Henry Cavill aka Superman’s CGI face in Justice League? Worry not, with rapid advancements in technology in the fields of computer vision and motion capture techniques, you would soon be unable to notice the differences between an original image and a CGI one.

According to a report from DigitalTrends, a company named Cubic Motion was showcasing their latest tech to a games studio situated in Los Angeles. After playing the prepared cutscene of an animated character, the company went further by showing off a live performance from a motion capture artist back in Manchester which worked just fine as the animated character seamlessly interacted with the people in the room matching the movements of the artist.

Usually, companies rely on markers to identify and map the characteristics of the motion capture artists to come up with an animated character that resembles their movements. Cubic Motion, on the other hand, has developed a marker-less technology that facilitates real-time model tracking in a smooth 60 frames per second.

“As far as we’re aware, there’s nobody in the world able to achieve facial capture through computer vision in the way that we do it to the level of real-time fidelity that Cubic Motion do”, said Andy Wood, president of Cubic Motion.

The technology also solves one of the major hurdles in the current methodologies – the act of tracking eye movements. Since markers cannot be put be on sensitive parts of the human body like eyes and tongue, it required more work and resources to simulate the experience. With marker-less technology, Cubic Motion was able to produce the most realistic results in real-time.

In case you’re hearing the company’s name, you’re not alone. In-fact, I admit that this was the first time I came across Cubic Motion. However, it is interesting to know that their marker-less technology has been utilized in leading games like God of War, Anthem, Insomniac’s Spider-Man, and Blood & Truth. The report also says that the company has worked closely with leading game studios like Epic Games, Tencent and much more.

To fast-forward the technology gap, the company recently unveiled a product that it calls Persona, which is capable of motion capture with all the infrastructure mounted on a helmet. This will help other companies to adopt and enhance their approach in motion capture. You can learn more about Persona in the below video.

This technology has potential applications ranging from scanning yourself and using it as an avatar in games to being a virtual avatar of someone far from home. We can’t help wondering how these technologies will be put to use in real-life scenarios in a couple of years.