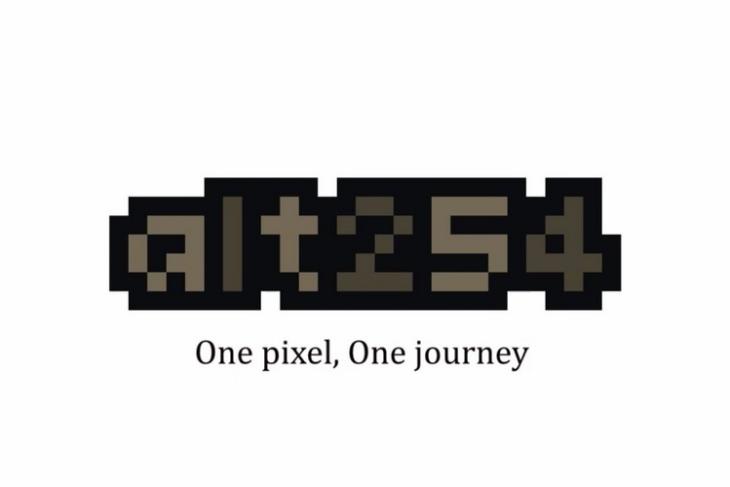 Since the emergence of gaming, we have seen a lot of visual changes in games over the years. As more and more time passed, games became as realistic as it can get, visually. However, “Alt254” is an upcoming game that will take you back to the days of pixelated games like Contra or Super Mario and you might even like it.

Developed by a Spain-based game-developing company, Rename Studios, “Alt254” will take you to a world of pixels for some open-world adventures. In fact, in the game, “YOU ARE A PIXEL”! It means you will play the game as a black dot roaming around the open world of pixels. Hence the number “254” in the name of the game signifies the ASCII code for a black dot.

Moreover, if you open up a text document on your Windows desktop and type the number 254 while pressing and holding the “Alt” key, you will get the main character of the game right on your screen! So, the game is actually named after its protagonist: The black dot.

Now, in a world where high-end, super-realistic games like the Spider-Man: Miles Morales or the Assassin’s Creed Valhalla exists, “Alt254” is a pretty minimalistic approach to modern gaming. However, by the looks of it, this indie, open-world game might keep you hooked for its retro-style visuals and its “quirky combat system”.

Coming to the gameplay, the company has shared a trailer of the game on YouTube to show how it will look when you play it on your machine. You can check it out below.

Now, as you can see in the video, “Alt254” looks pretty intriguing with all the pixelated elements in the Zelda-style open-world environment. According to the developers, the game will challenge you with several puzzles and will take you to a “pixelated” adventure through the various mysterious terrains.

The developer writes that the pixelated “world of Alt254 will not only be full of mysteries and puzzles to solve, but it will also be populated with mysterious creatures”. So, even as a pixel you will have to fight other enemy pixels to continue your journey.

According to reports, the game will be releasing on Steam later this summer.