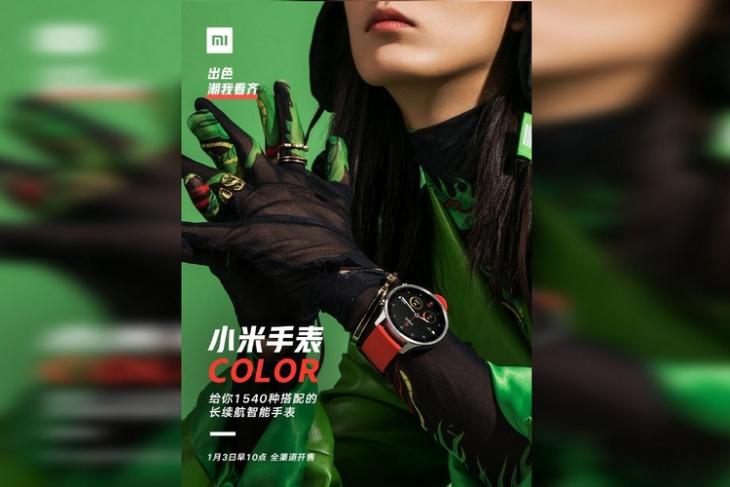 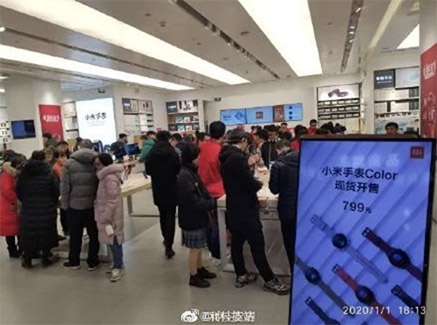 A new leak has popped up on Weibo, showing off the retail box for one of the color variants of the Xiaomi Watch Color. Thanks to this leak, we now have some of the Mi Watch Color specifications and even some more live photos of the watch.

According to the leaked retail box for the Mi Watch Color, the watch will come with the following specs (Mi Watch Color 47mm variant):

The leaker also said that there is a 42mm variant of the watch as well, which will have a smaller battery and display, with a lower price tag. Neither of the watches come with LTE support, so we can expect the price tag to be lower than that of the Mi Watch as well.

Also recently leaked are some of the Mi Watch Color live images. You can check those out below:

After launching the first Xiaomi-branded smartwatch last month and the Mi Rabbit Watch 2S, Xiaomi has now announced yet another smartwatch called Xiaomi Watch Color. As is evident from the name, the device comes with colorful unisex straps than can be swapped out depending on the user’s mood. The device will be available for purchase in China from January 3, but it isn’t immediately clear if the company will also launch it globally at some stage.

Apart from the customization options and launch date, there’s no further information on the device itself, which means its specifications and pricing remain a mystery for now. However, according to Gizmochina, it might have similar features and specifications to that of the Huami Amazfit GTR, so it will be interesting to see if it will be a rebranded version of that device. Either way, we expect Xiaomi to reveal those details sooner rather than later.

As per reports, the Xiaomi Watch Color could come with a 1.39-inch circular display with a 454×454 resolution along with a plethora of sensors, including a heart rate sensor, accelerometer, barometer and more to power its expected suite of fitness features. The watch is also expected to come with 5ATM water resistance to make it suitable for swimming as well.

The Watch Color will be Xiaomi’s third smartwatch under its own brand after the Mi Watch and the Mi Rabbit Watch 2S, neither of which have been launched anywhere outside of China so far. Meanwhile, it looks like the company has no plans of stopping in the smartwatch space, with more reports claiming that the Chinese company might even launch a Mi Watch Pro that will come with a circular dial. It goes without saying that a lot of this information is based in leaks and reports that we can’t independently verify, so take it with a pinch of salt.