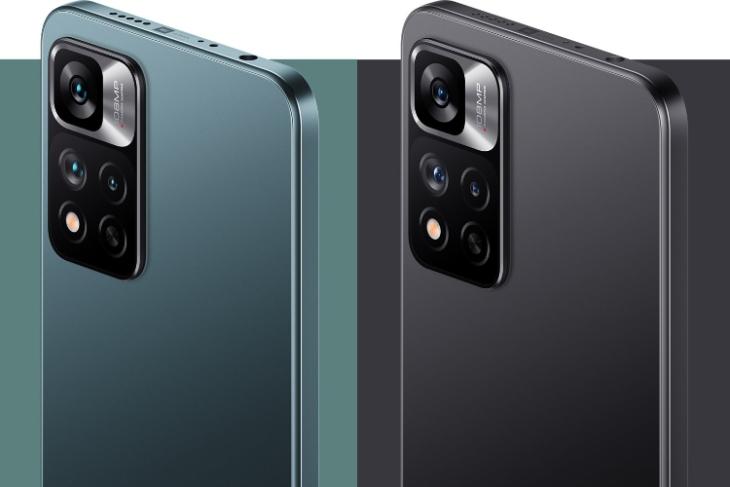 Xiaomi introduced the Redmi Note 11T 5G in India earlier this week and is now prepping up to launch another Redmi Note 11 phone in the country. This one could attract many as it is likely to support 120W fast-charging. A recent report suggests that Xiaomi’s first-ever 120W smartphone in India could called the Xiaomi 11i HyperCharge.

The report comes from 91Mobiles and suggests that the new 120W charging smartphone might launch in India in December. Although, an exact date remains unknown. To recall, Xiaomi is also expected to launch the Xiaomi 12 in December, but in China.

It is further revealed that the Redmi Note 11 Pro+ is likely to be rebranded as Xiaomi 11i HyperCharge for the India market. Known leakster Ishan Agarwal also shared a Twitter post, which sheds light on the phone’s RAM+storage and colors. It is suggested that the company will offer the device in a single storage 8GB + 128GB configuration in India. It will arrive in two color options, namely Camo Green and Stealth Black, as you cans ee in the tweet below.

Redmi Note 11 Pro+ was recently launched in China and packs a 6.7-inch AMOLED HDR10 display with a 120Hz refresh rate and a 360Hz touch sampling rate. The display has Corning Gorilla Victus protection on top. It is powered by a MediaTek Dimensity 920 SoC and comes with up to 8GB of RAM and up to 256GB of storage.

One thing worth noting here is that these are just rumors and we need to wait for Xiaomi to officially announce the launch information for better clarity. Hence, stay tuned to know more details.