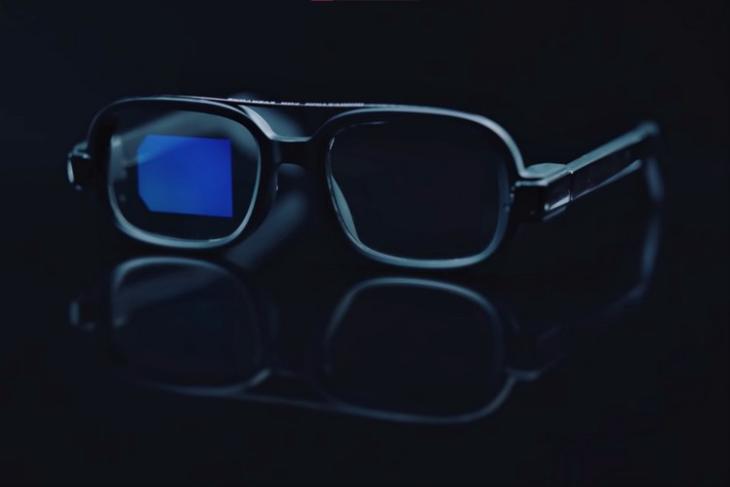 Just days after Facebook launched its Ray-Ban Stories smart glasses, Chinese giant Xiaomi has unveiled its first-ever pair of smart glasses in the market today. Dubbed the Xiaomi Smart Glasses, the smart wearable comes with various advanced features, including a MicroLED display to show calls, notifications, and navigation data. Moreover, the device is capable of taking pictures and translate texts and audio in real-time.

So, before going to the price and availability of the Xiaomi Smart Glass, let’s take a quick look at its key specs and features.

Xiaomi announced its first pair of smart glasses via an official blog post. Following the official unveiling, the company’s founder and CEO Lei Jun took to Twitter to showcase Xiaomi’s first smart glasses. You can check it out right below.

Now, getting into the details, the Xiaomi Smart Glasses, coming in at 51g, boasts MicroLED imaging technology to “lower the design space needed in structural design”, as per Xiaomi. It comes with a display chip that measures only 2.4 x 2.02mm. The rice-grain-sized display enables the company to fit it within the frame of the smart glasses. Moreover, Xiaomi used an ultra-efficient monochrome display solution that can go up to 2 million nits of brightness to allow light to pass through complicated optical structures.

Other than this, there are numerous sensors and miniature components fitted inside the Xiaomi Smart Glass. The company says that there are a total of 497 components inside the smart glass device that makes it not just a companion for smartphones but an independent device to make phone calls, receive messages, or get directions.

So, users can receive phone calls and messages that will appear on the microLED display. They will then be able to take calls and talk to their friends or family using the dual beamforming microphone system onboard. Plus, there is a built-in 5MP camera that can take photos and also translate texts in real-time. Moreover, with the company’s proprietary translation algorithms and the dual microphones, the Xiaomi Smart Glass can translate audio into text and display them on the microLED panel in real-time as well.

The smart glass comes with a quad-core ARM-based processor to process the tasks. Moreover, it has a touch-pad for controls, Wi-Fi, and Bluetooth support, and runs on Android OS.

Now, coming to the price and availability of Xiaomi Smart Glasses, unfortunately, there is no information on those yet. However, as the company showcased the smart glasses today, we can expect the device to make its way to the market in the coming months. So, stay tuned for more developments in this story, and let us know your thoughts about these smart glasses in the comments below.