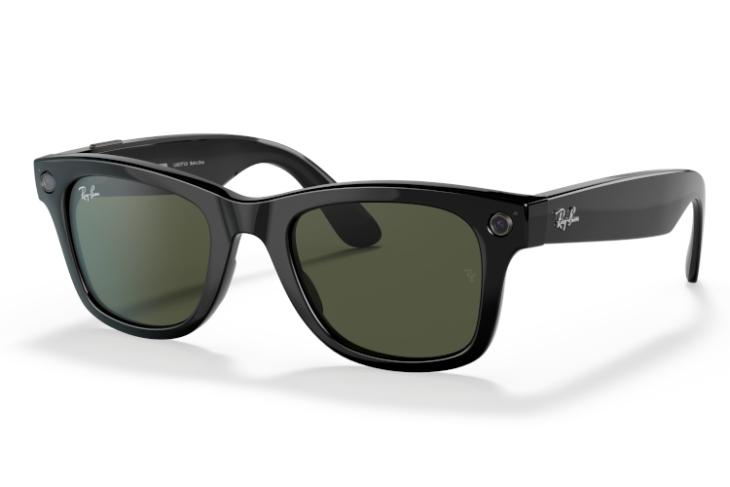 After partnering with Ray-Ban’s parent company EssilorLuxottica in September last year, Facebook has now announced Ray-Ban Stories smart glasses. This is the company’s first pair of smart glasses and aims to take on the Snapchat Spectacles in the near future. Here are the official specifications and pricing of Facebook’s first smart glasses.

The key highlight of Ray-Ban Stories has to be its cameras. You get dual integrated 5MP cameras to record videos from a first-person perspective with ease. You can use Ray-Ban Stories to take pictures and record up to 30-second videos with the capture button. Or, you can also use Facebook Assistant voice commands. Yeah, there’s a Facebook voice assistant onboard, and you can just say, “Hey Facebook, take a picture” or “Hey Facebook, take a video” to capture the shot. There is an LED light in the glasses (above the camera) to let people around you know that you are taking a photo or video.

For calls and media consumption, you get a three-microphone array and open-ear speakers in these glasses. Facebook says it has used a background noise suppression algorithm to reduce background noise and enhance the calling experience. Ray-Ban Stories syncs with the Facebook View companion app to help you import, edit, and share content you captured with the smart glass.

Ray-Ban is offering these glasses with a charging case for portable charging. A fully charged case promises an additional three days of usage. Completely charging the glasses takes an hour and you get almost six hours of moderate usage.

Facebook Ray-Ban Stories costs $299 (~Rs. 22,000) in the United States. It’s available in five colors, 20 style combinations, and Wayfarer/ Wayfarer Large, Round, and Meteor styles. You can choose between a range of lenses, including clear, sun, transition, and prescription. If you are interested, you can purchase it in the U.S., Australia, Canada, Ireland, Italy, and the U.K. It will go on sale via Ray-Ban’s online store and select retail stores.