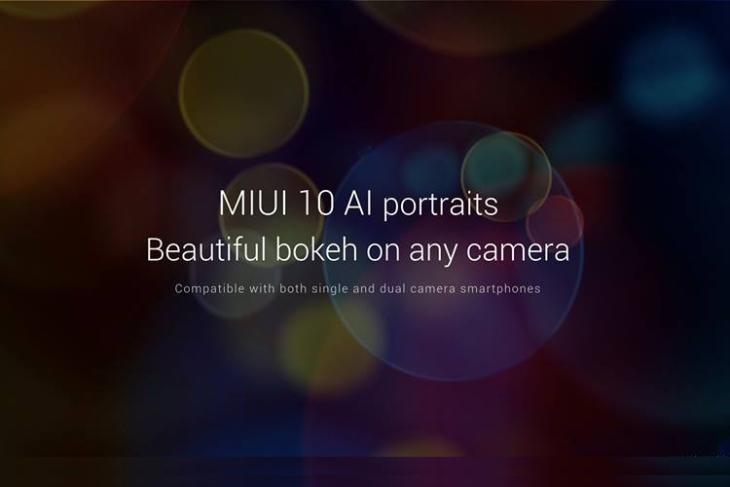 Xiaomi recently announced MIUI 10 Global beta at the Redmi Y2 launch event in India and the software is brimming with AI advancements. One of the highlights of this update is the new ‘AI portraits’ feature that brings the trendy ‘bokeh mode’ feature to phones with single cameras.

The Chinese giant had first announced this feature when it unveiled MIUI 10 alongside the flagship Mi 8 and mid-range Mi 8 SE in China last week. But, it was only known to us that the feature will bring the popular portrait feature (blurred background helping the subject stand out) to phones that don’t have dual cameras. 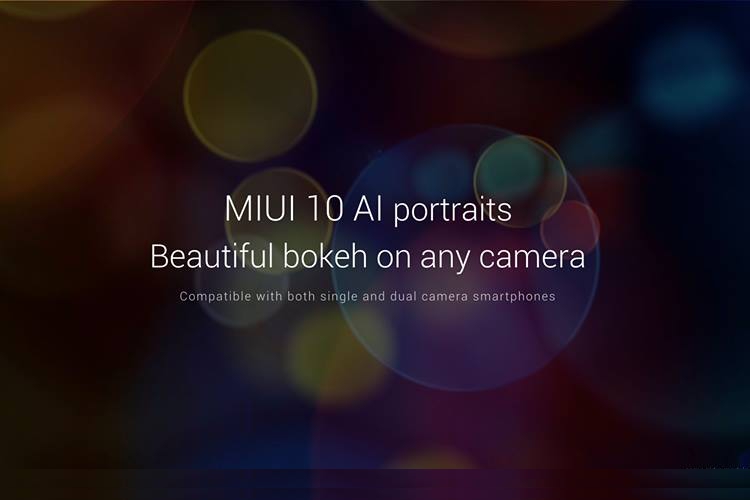 We also didn’t know what all single camera Xiaomi phones will get ‘portrait mode’ with the upcoming update but the official MIUI 10 Global website now makes us aware of the same. All of the devices in the list underneath will allow you to capture portrait photos from both the front and rear single camera: 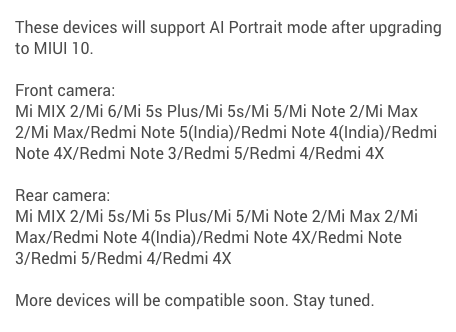 In addition, the MIUI 10 website asserts that the Mi 6 and Redmi Note 5 (India) will only get ‘portrait mode’ for the front camera. The Mi 6 already has this feature enabled.

As for an official rollout, Xiaomi has just opened registrations for MIUI 10 Global beta, so some users may be able to try out the new feature over the coming days. Xiaomi further adds that more devices will be compatible to receive ‘AI portraits’ very soon, which is also the timeline for the release of MIUI 10.

So, are you all excited to click portrait shots with your old Xiaomi phones? Let us know in the comments below.