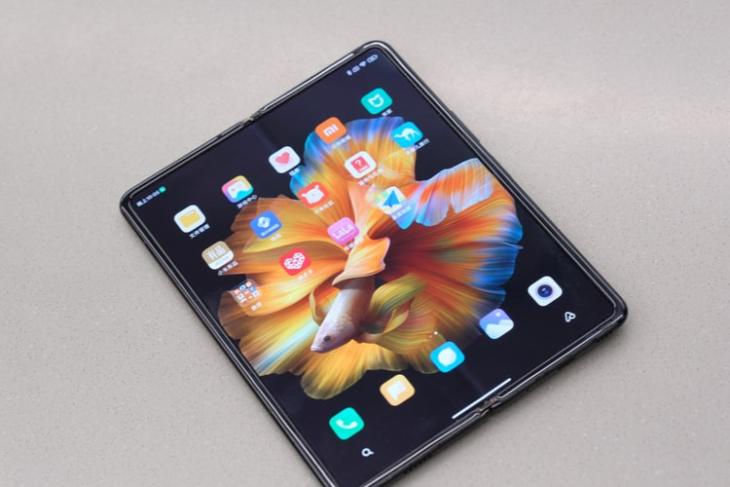 Earlier this year, we saw Xiaomi launch its first-ever foldable smartphone under its Mix series dubbed the Mi Mix Fold. The device came with various unique features, including and especially the Liquid Lens technology that uses a solution of water and oil to offer different focal lengths for camera lenses. Now, a recent report suggests that the Chinese giant will be using Samsung’s 8.1-inch UTG display with support for a high refresh rate for its next-gen foldable smartphone.

Xiaomi is reportedly working on the next iteration of its foldable smartphone, the Xiaomi Mix Fold 2. As per a recent report by IT Home, the device has passed through the certification process and has already appeared in the IMEI database with model number 22061218C. Furthermore, the report reveals that Xiaomi could unveil the Mix Fold 2 in China sometime in June or July 2022. Currently, it reportedly has an internal codename of “zizhan”.

Now, coming to the details about the device, unfortunately, there is not much known at the moment. However, the report suggests that the Mix Fold 2 could feature Samsung’s 8.1-inch Ultra-Thin Glass (UTG) flexible AMOLED panel that supports higher refresh rates. Previously, the company used Polyimide Film (PI) for the flexible display of the Mi Mix Fold, which is the same display technology used in the Huawei Mate X2. The Xiaomi Mix Fold 2 is also likely to come with an improved hinge design for smoother folding and unfolding.

Other than these, there is no information about the specs and features of the device just yet. However, as we near the end of this year, we expect the rumor mill to churn out more details about the smartphone in the coming months. We will keep you in the loop, so stay tuned for more updates.